This morning we woke to a fog shrouding the house and garden – it’s that time of year again….. 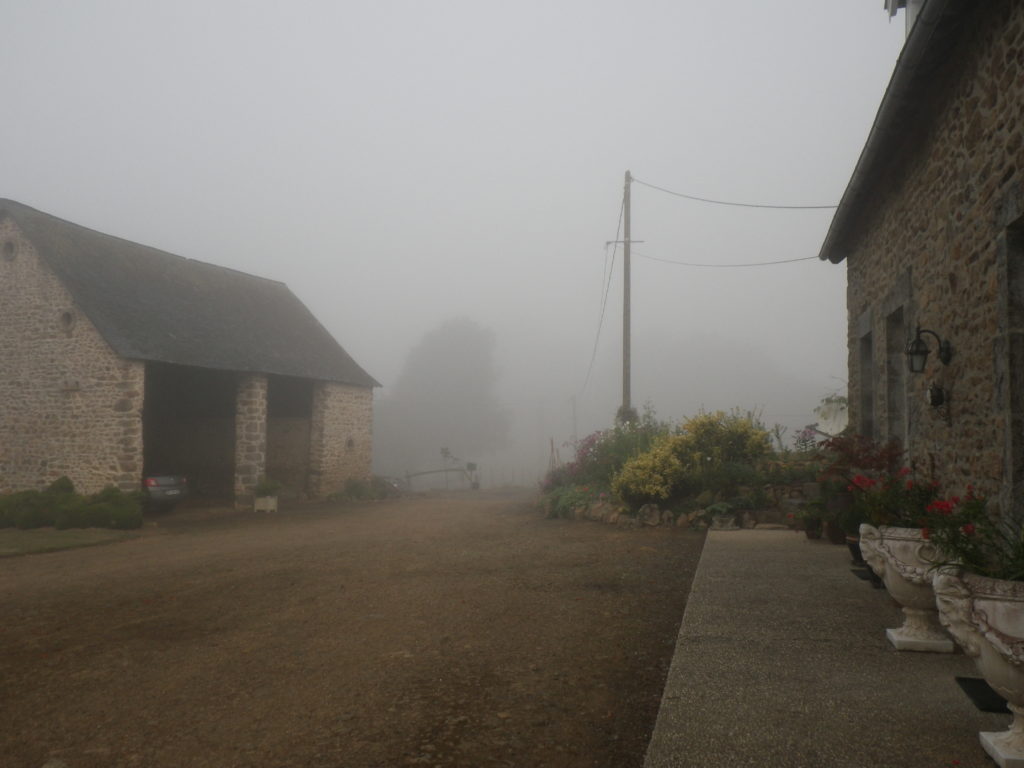 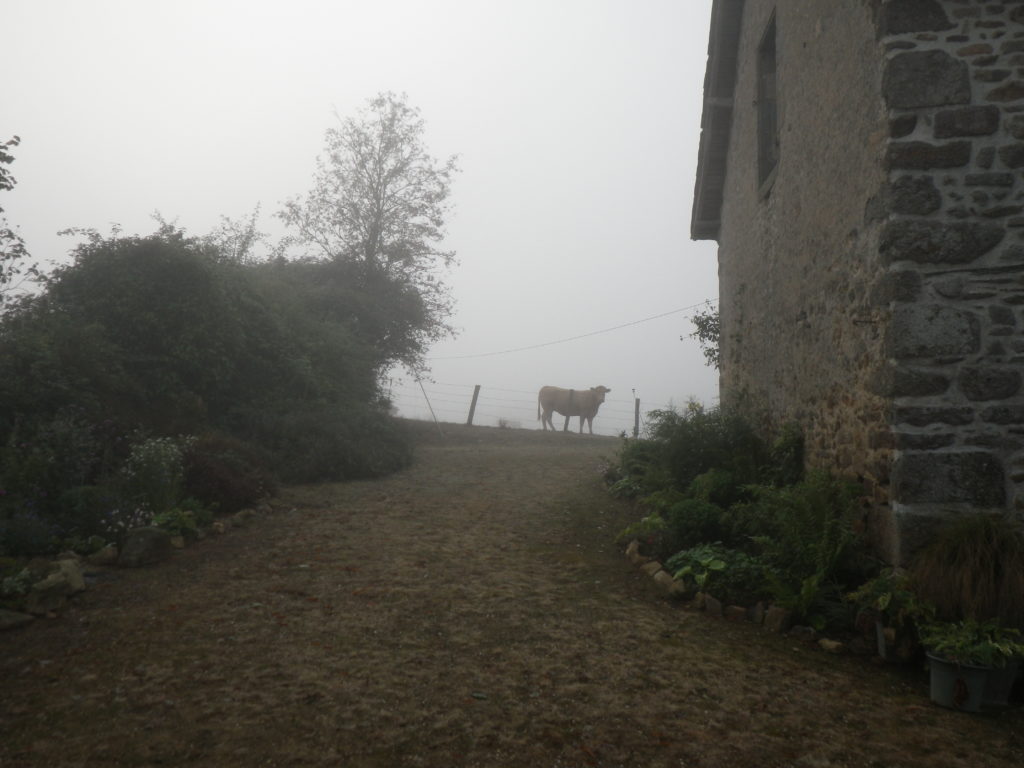 But just on the other side of the hill, the sun was shining and the mist was limited to the valley – it was stunning to see. 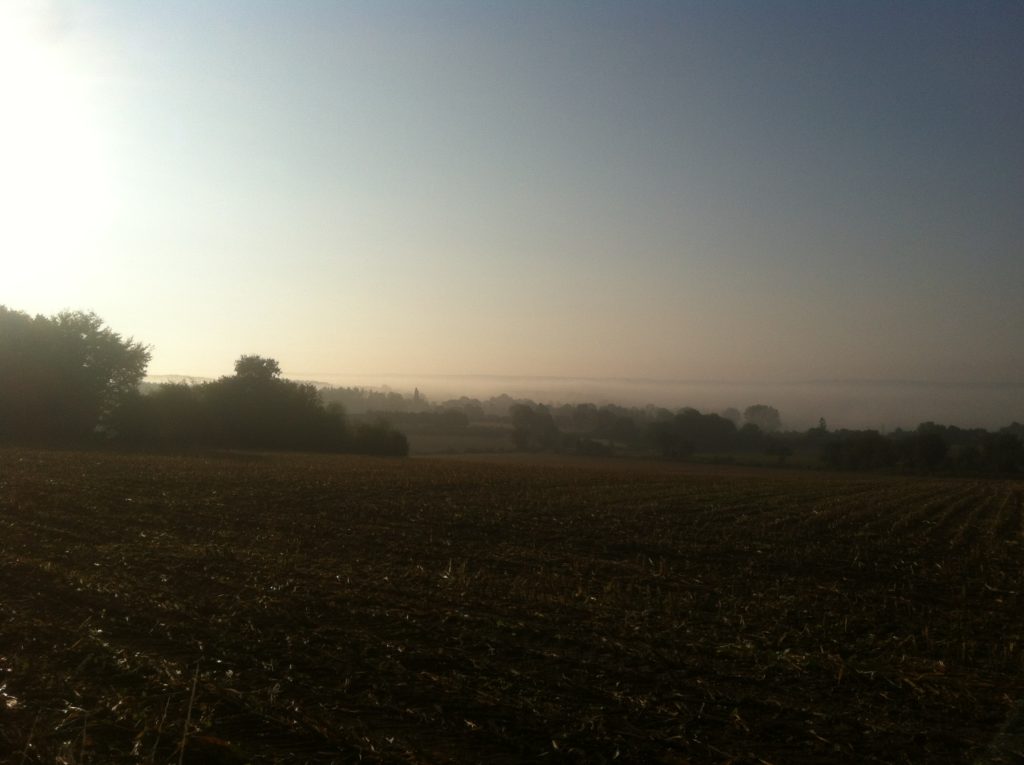 As the day progressed, it became warmer and sunnier.  Chores and other activities aside, by the evening I was in shorts and a tee-shirt and decided it was time for us to go for a walk!

It took us a while to leave the garden – as we passed the bank that welcomes visitors onto to the property, we realised it was alive with insects, our first photo opportunities….

This little fellow, a Hummingbird Hawkmoth, was a joy to watch… 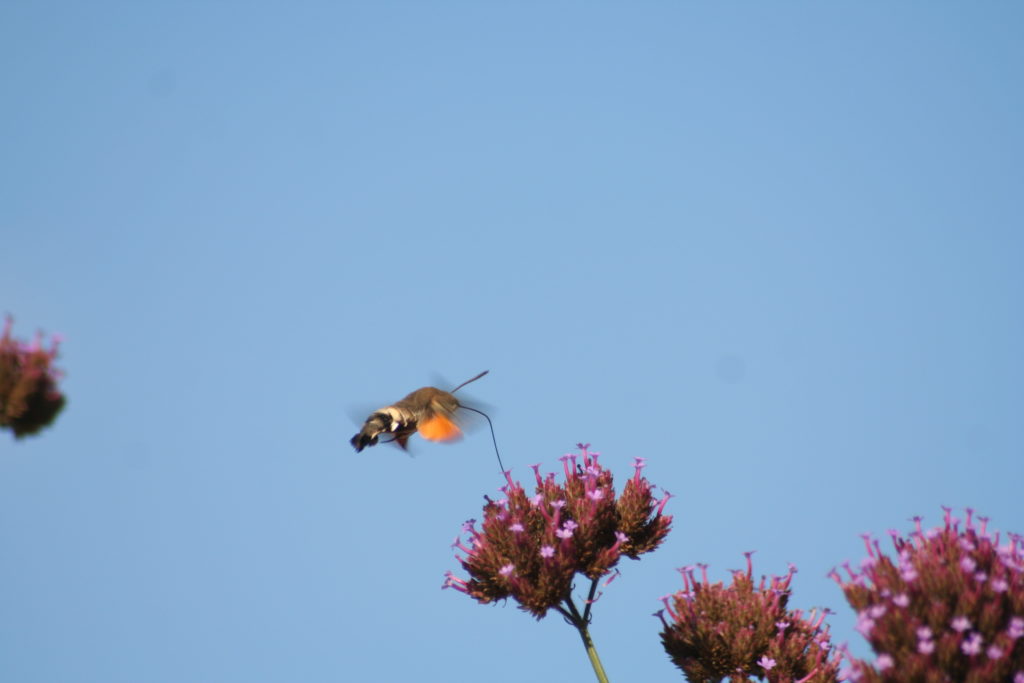 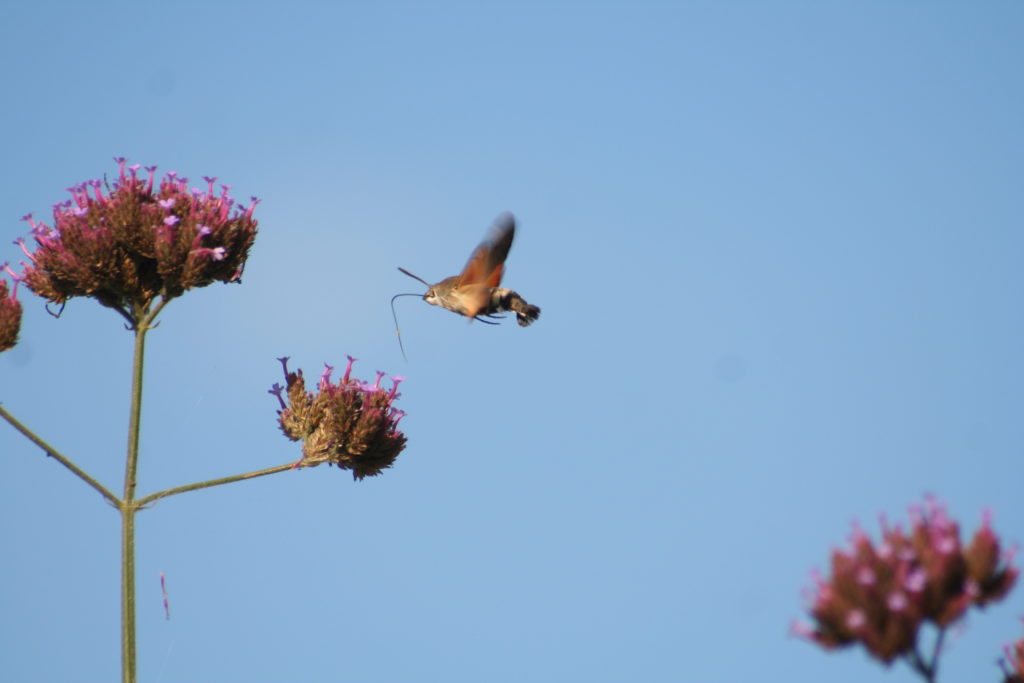 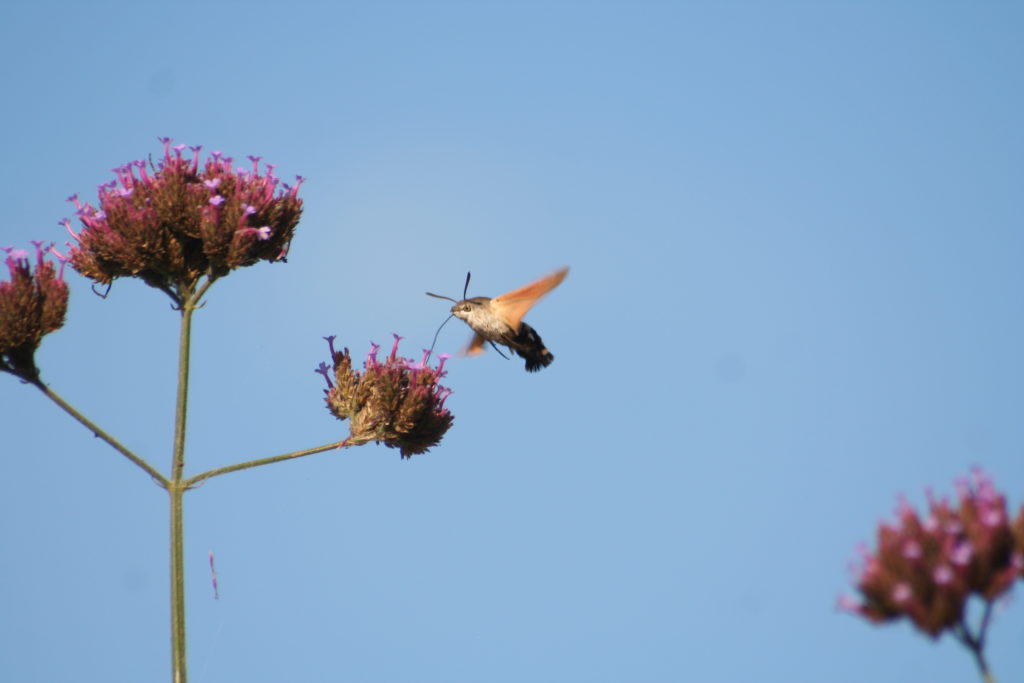 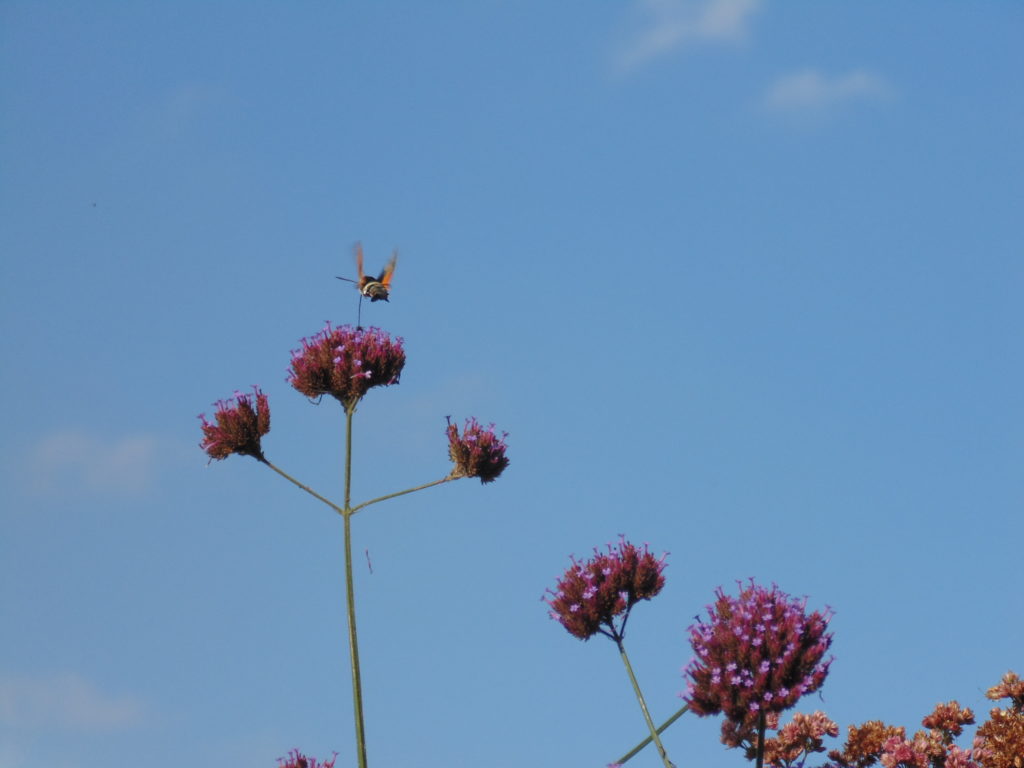 Nearby, a Peacock was settled on some asters – there were several all along the bank of flowers…. 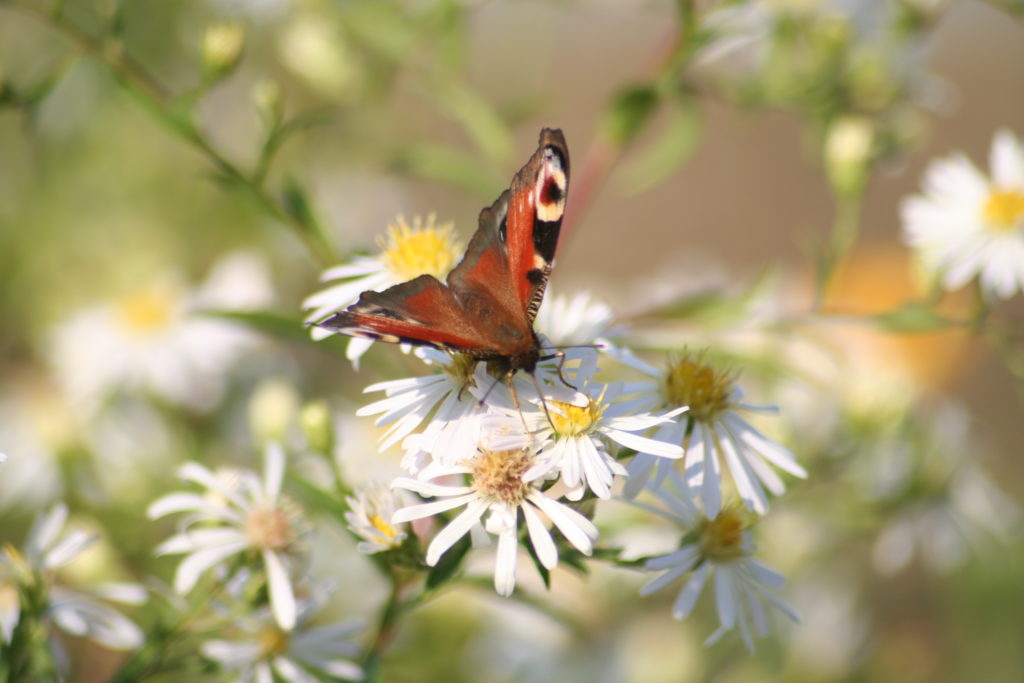 Soon we spotted a beautiful butterfly neither of us recognised – lovely flashes of yellow as it flew around the flowers.  Sadly, it never settled with it’s wings open but we think it may have been a Clouded Yellow…. 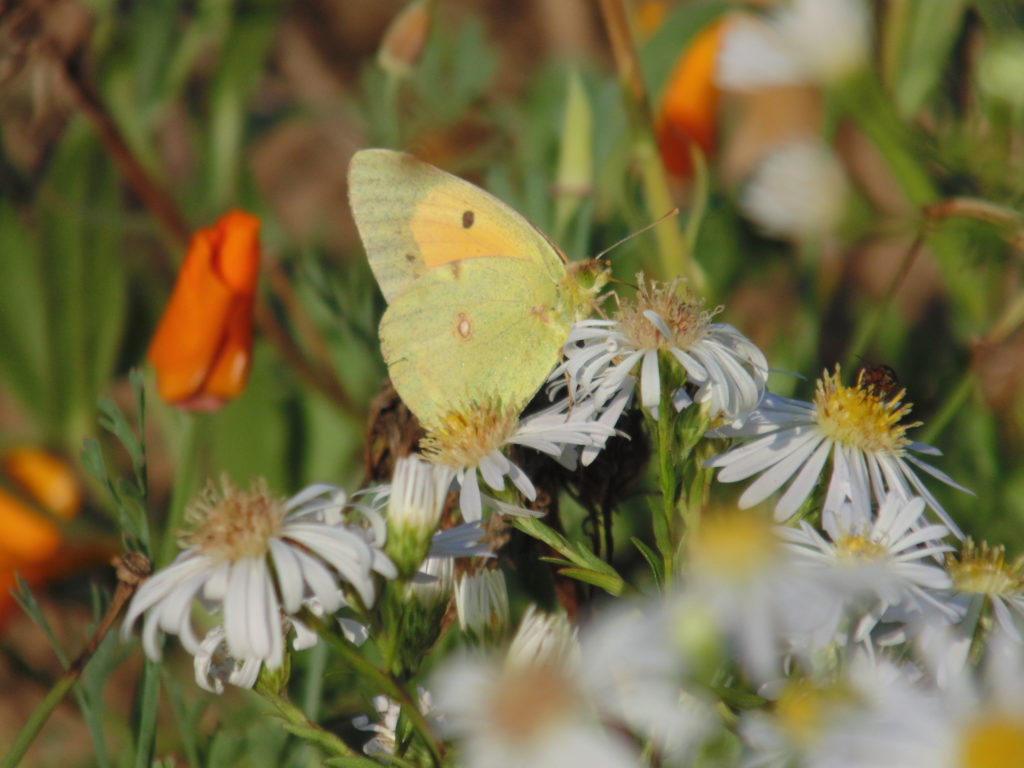 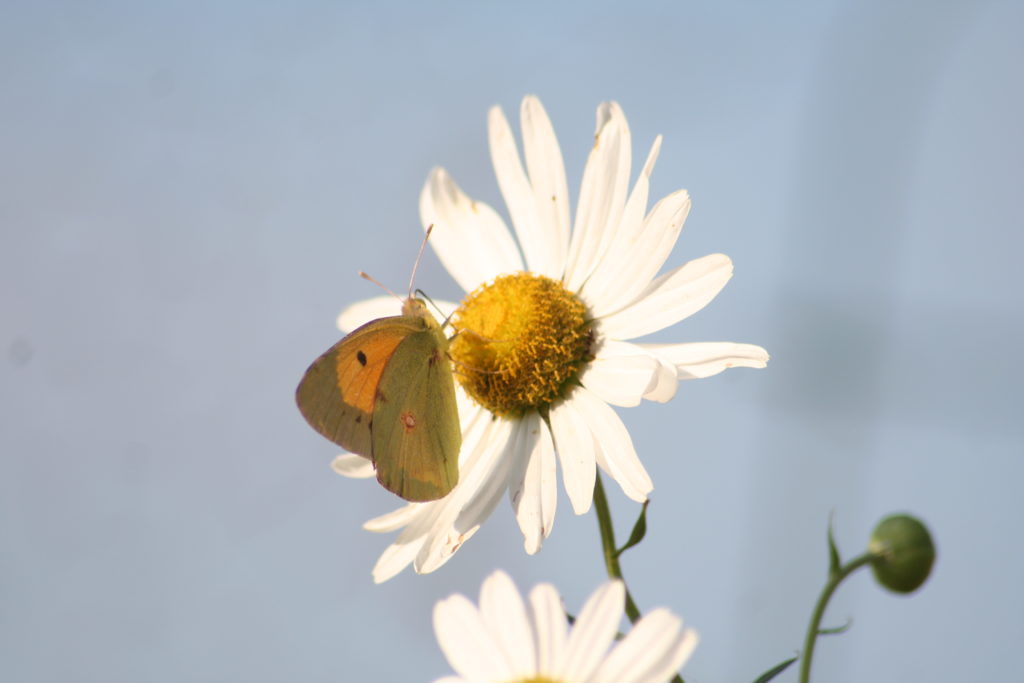 Next up was an Adonis Blue, a tiny little butterfly but beautiful for all it’s diminutive stature…. 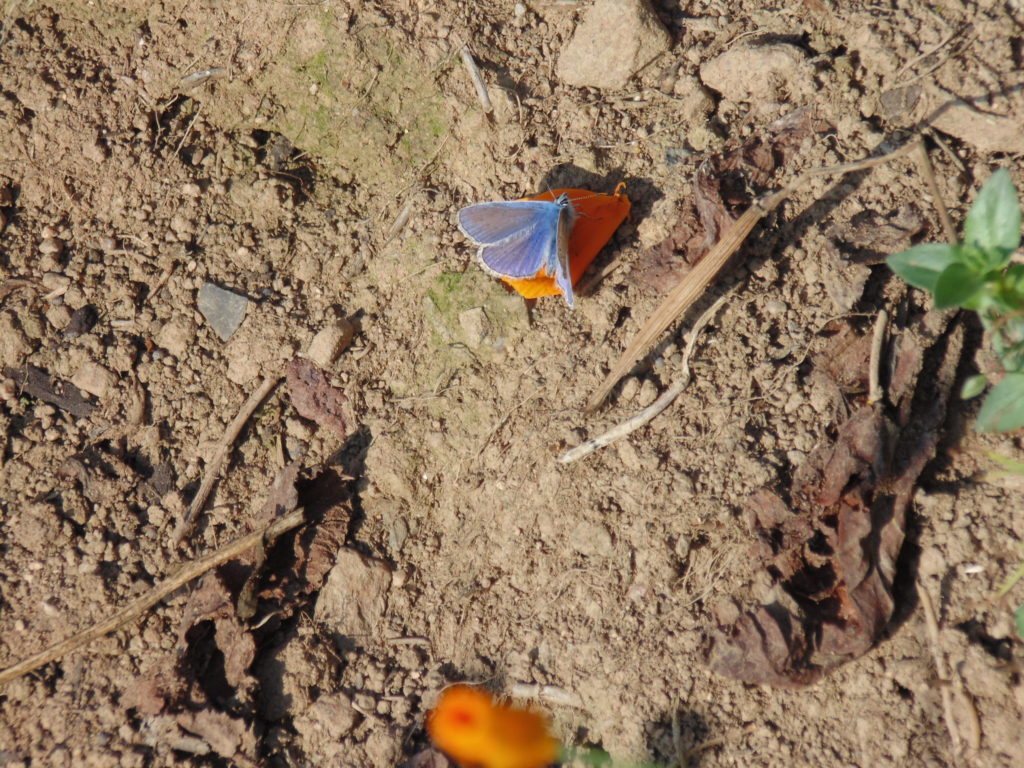 Another little butterfly landed just in front of us.  They’re all so lovely and it was thrilling to see such diversity in a small patch of flowers.  This bank was full of weeds in the spring, incredible to see that in just 4-5 months the cosmos, phlox, verbenas and the asters are supporting so many insects.  This one is a small copper….. 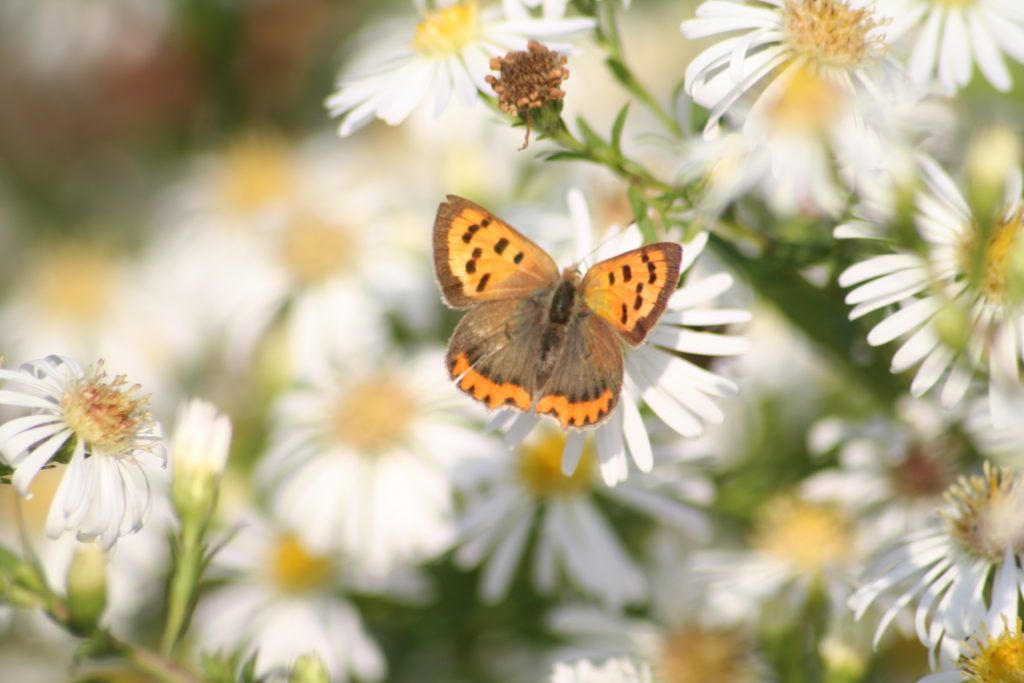 Finally, we managed to walk a little further down the lane.  The blackberries are still going strong – these were taken just the other day but there were others just as beautiful all in the hedgerows…. 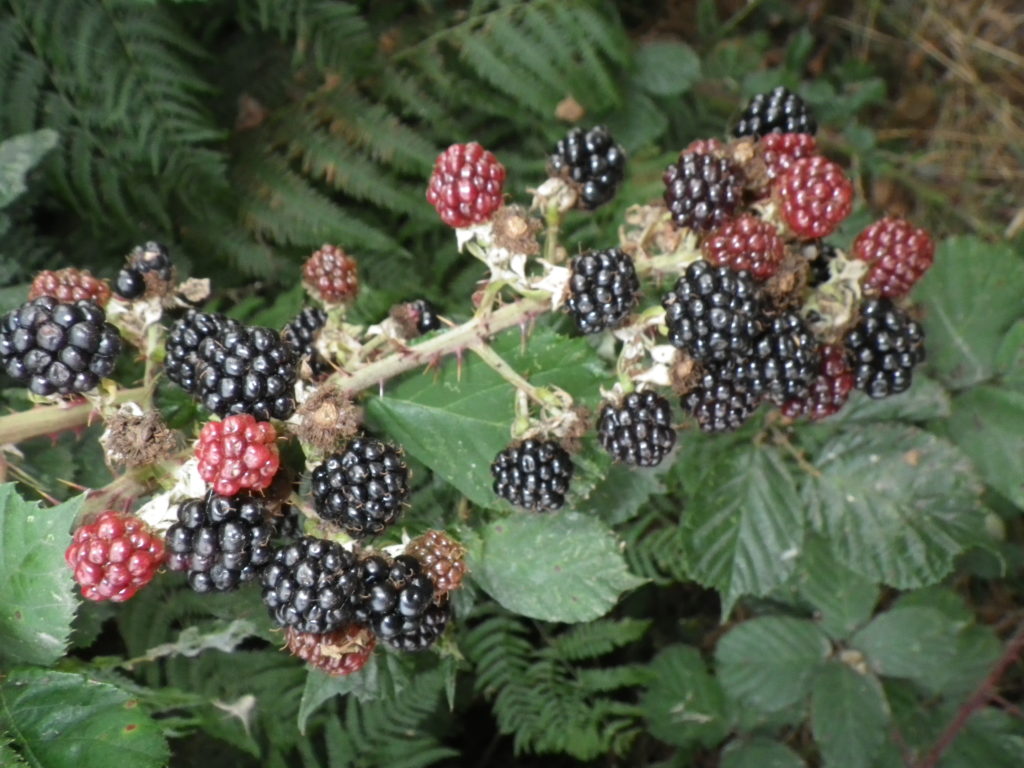 Just before reaching the corral in the cow field, we saw a Red Admiral and Comma… 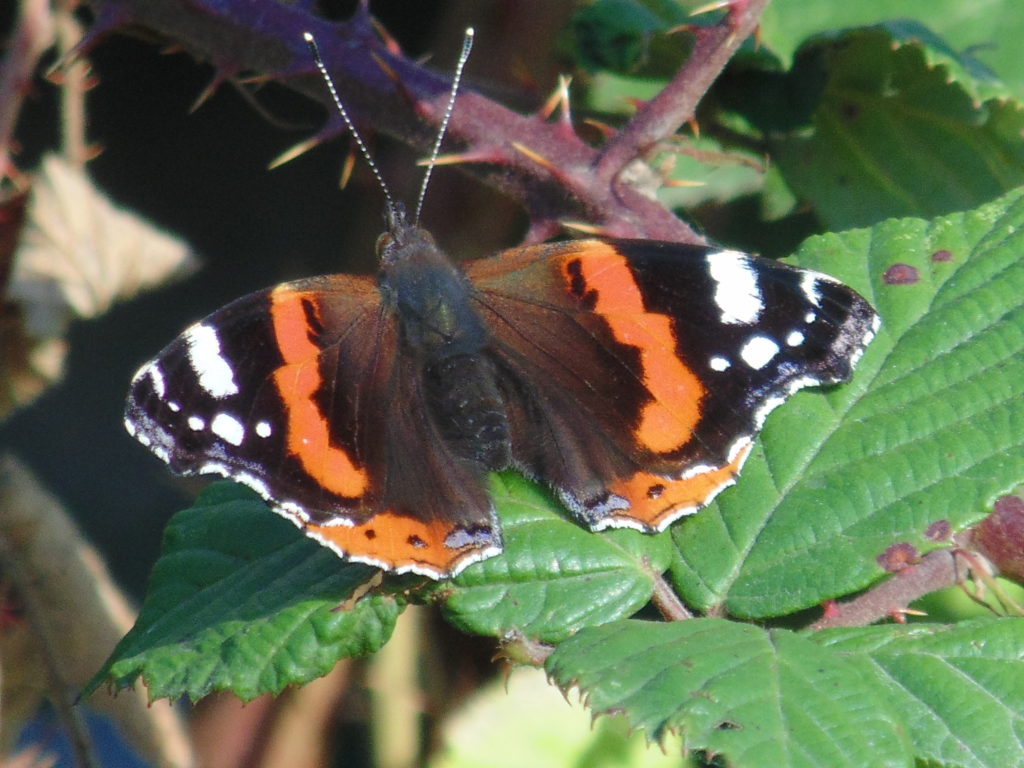 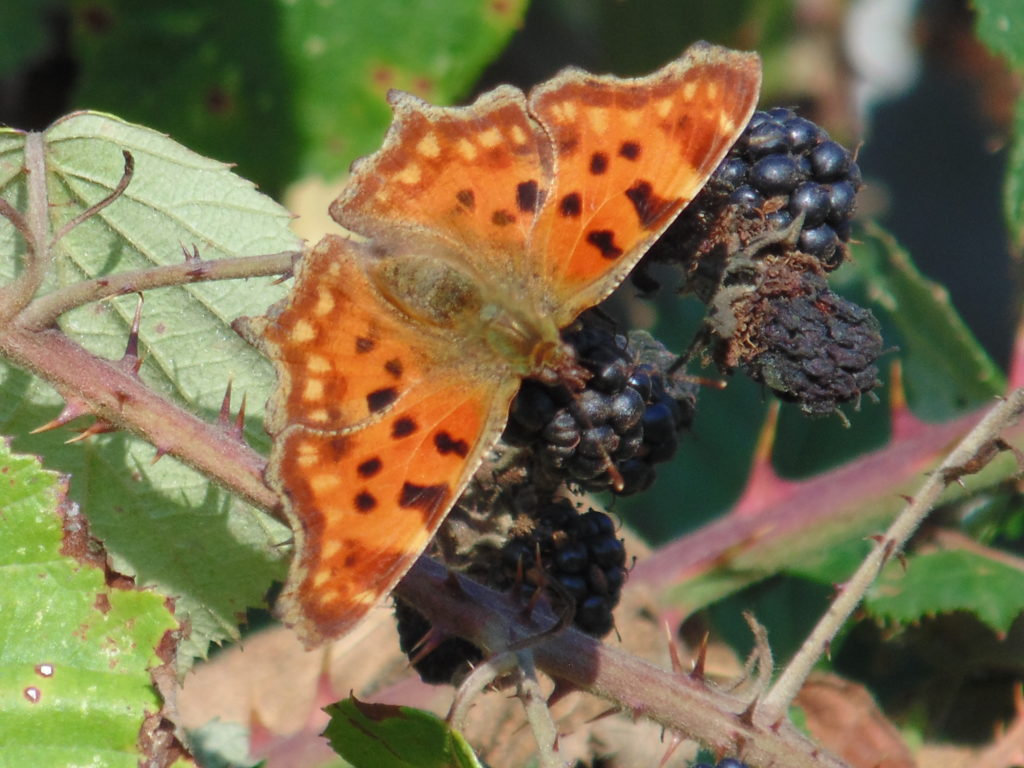 Instead of turning right at the end of the lane, as we would often do, we turned left, walking past the cow field and on through the wood-lined banks and hedgerows.  There were fewer butterflies and insect out here but it was beautiful countryside.  Soon we were walking past the woodman’s yard, with all his seasoned wood, neatly stacked ready for the winter…. 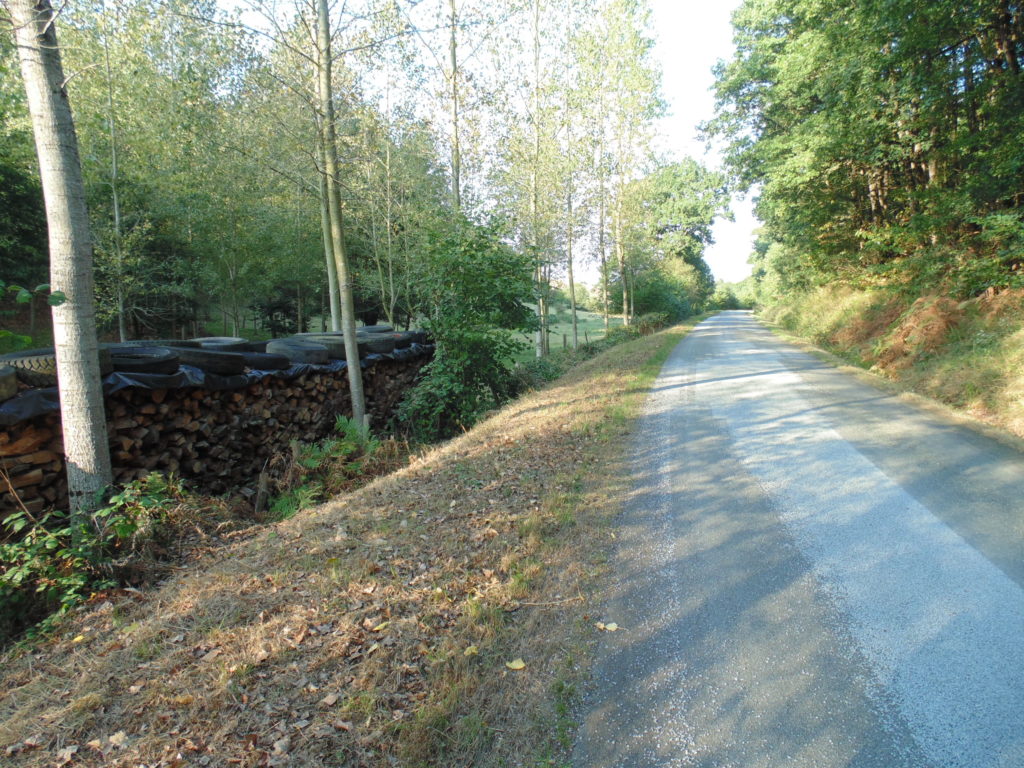 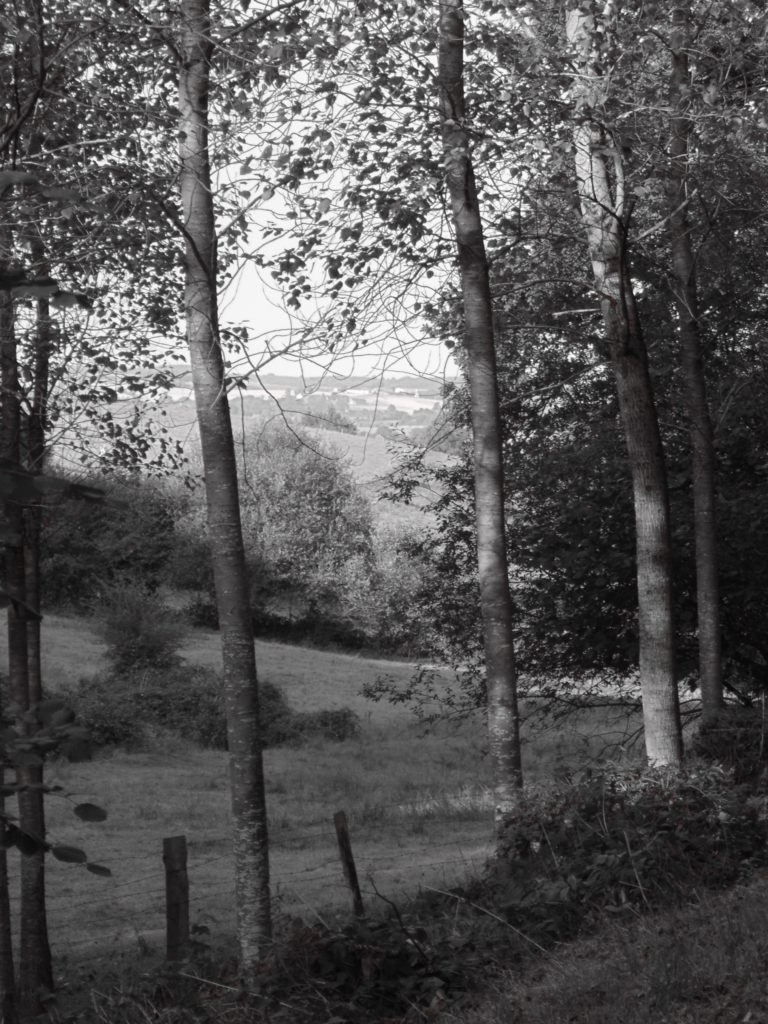 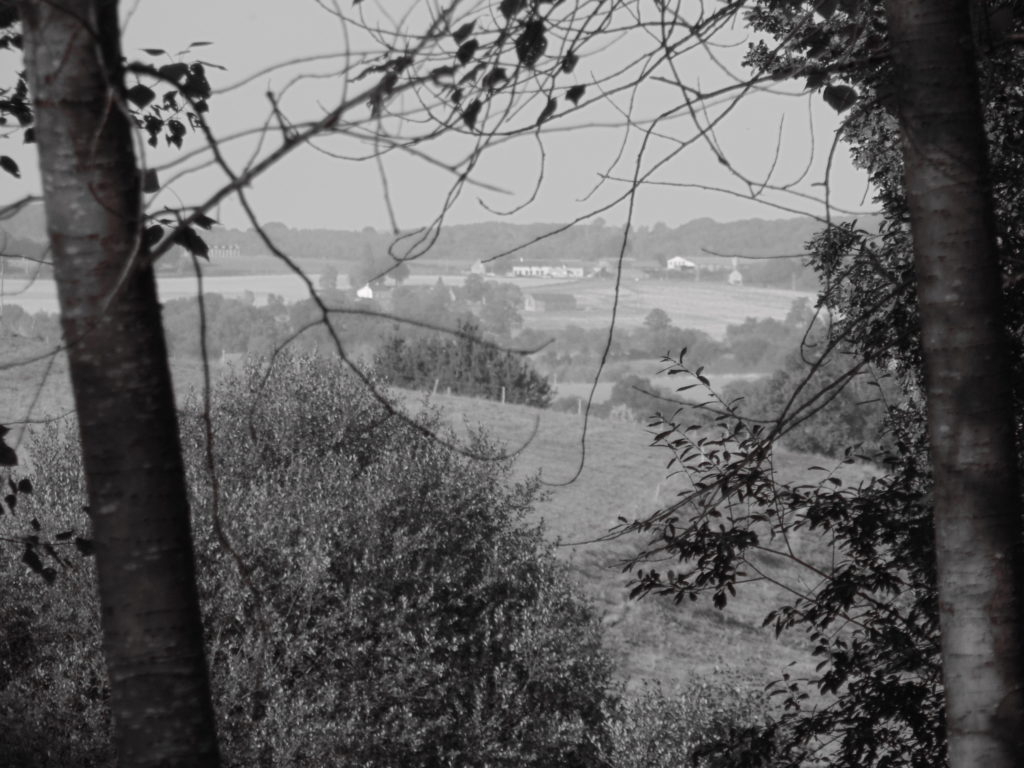 As we neared a bend in the road, a car came towards us, we were walking on either side of the road and as I glanced across to Edward, movement in the field beyond caught my eye.  It’s in this photo….. 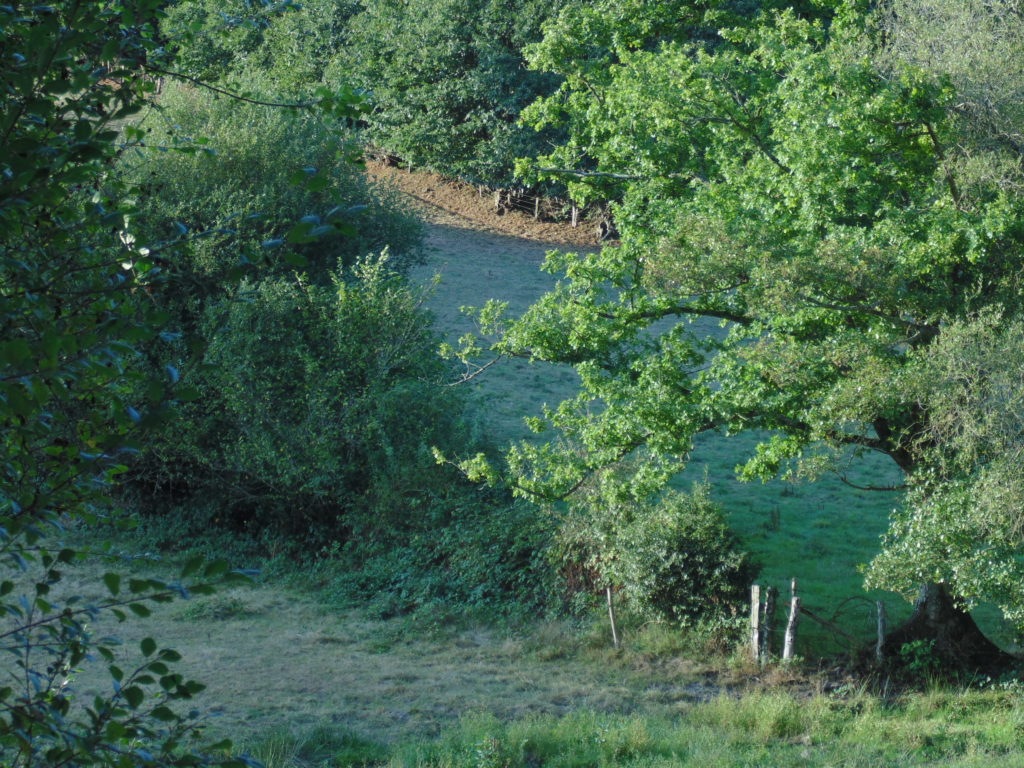 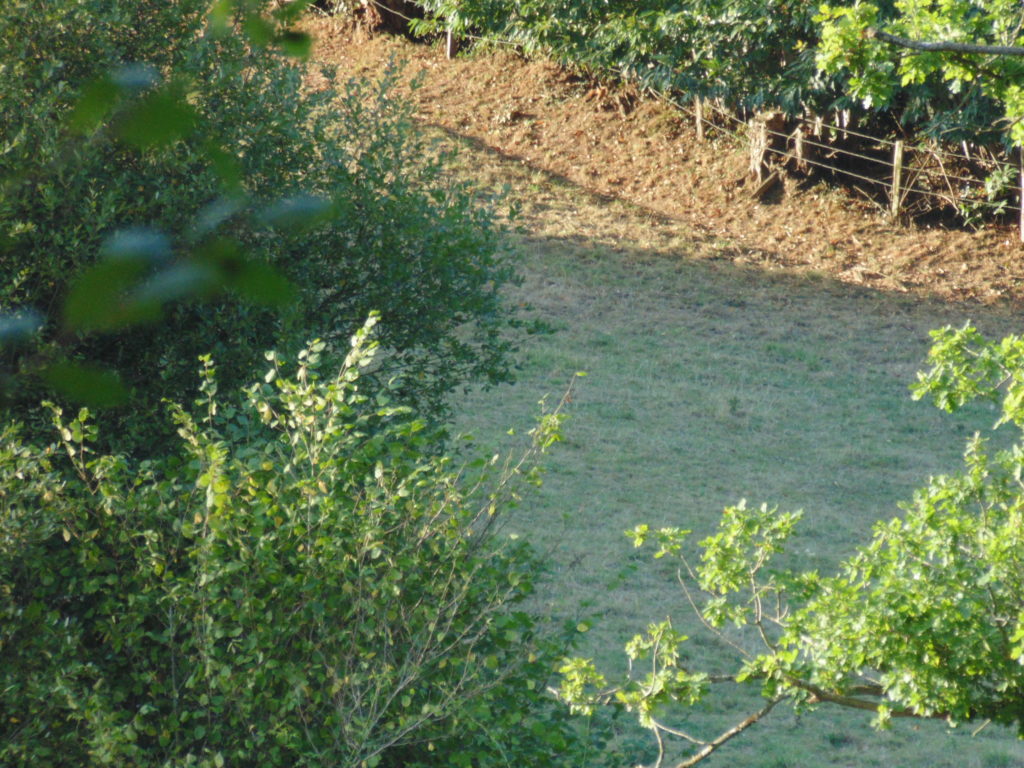 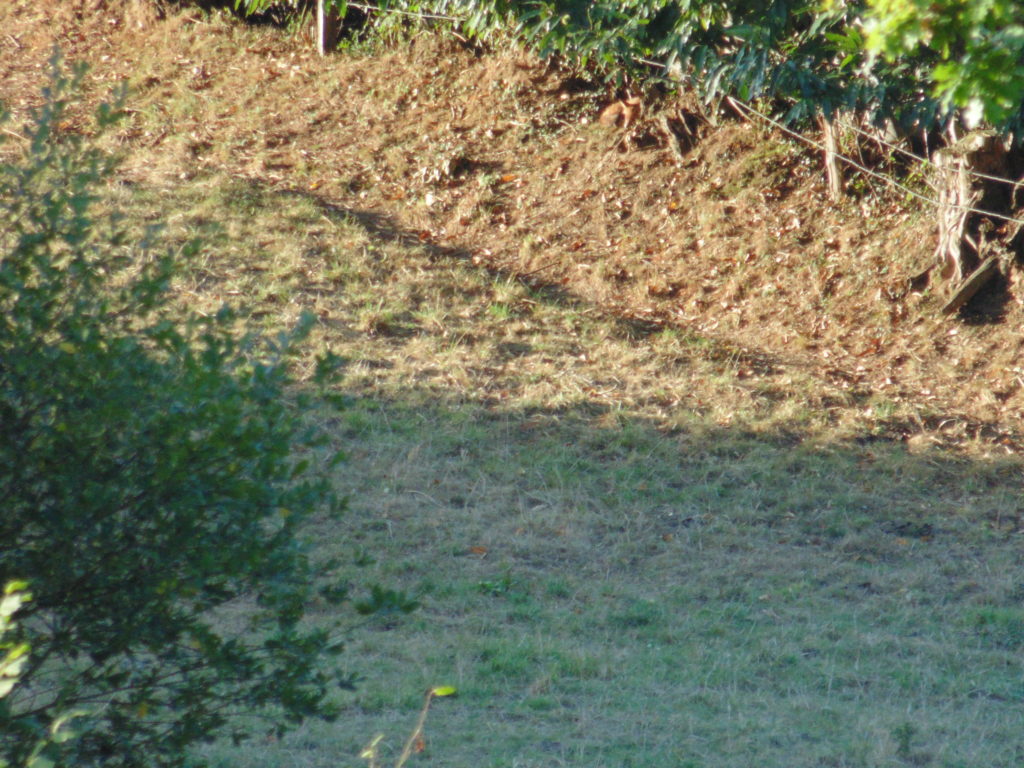 The movement I saw was a fox, making his way up the bank towards the copse on the other side of the fence.  He then decided to have a rest and is curled up on the edge of the bank enjoying the last of the days sunshine… just magic!

We waited a while to see if he would move on but he was looking fairly settled, so we made our way back, enjoying the last of the sunshine ourselves…. 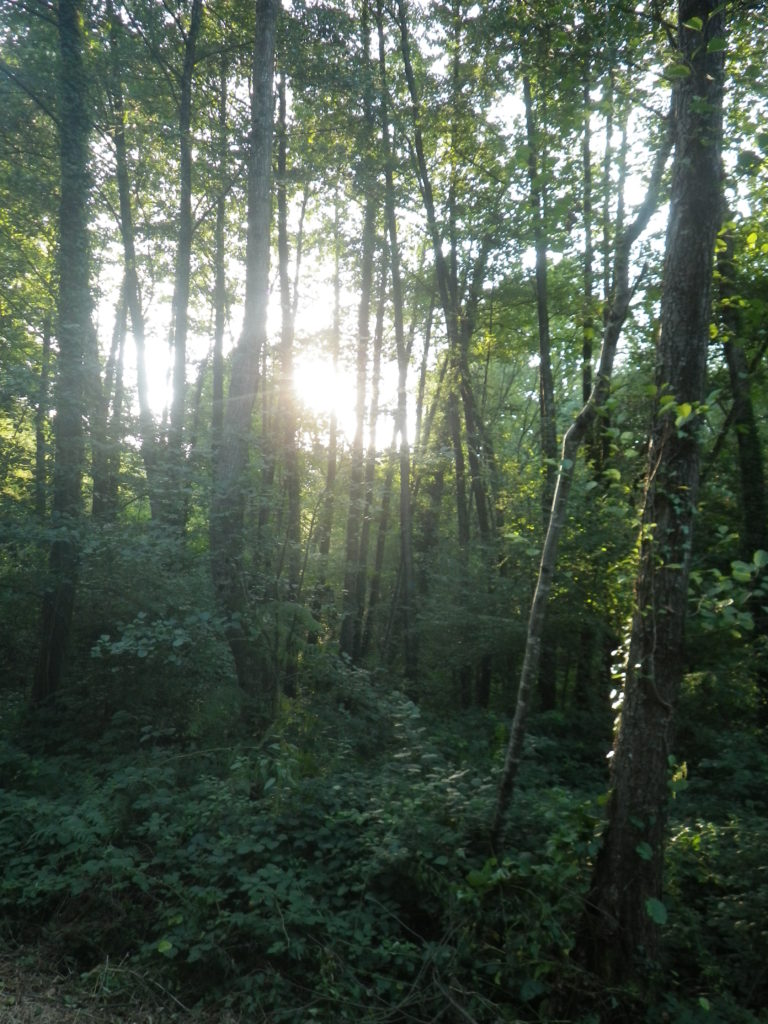 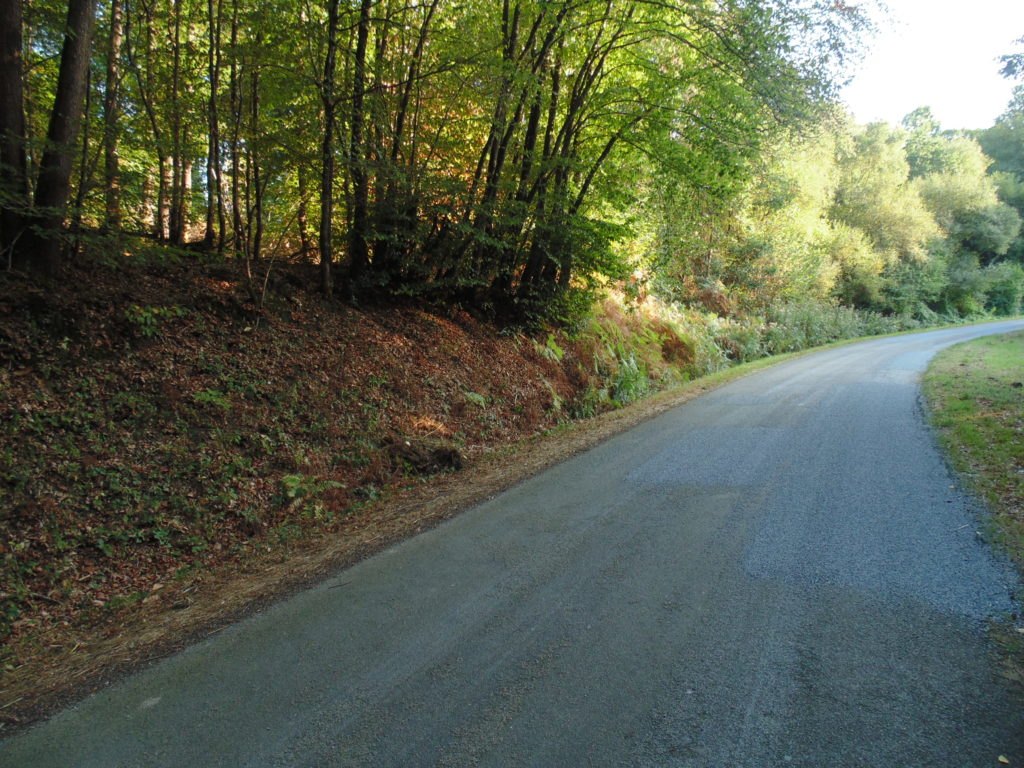 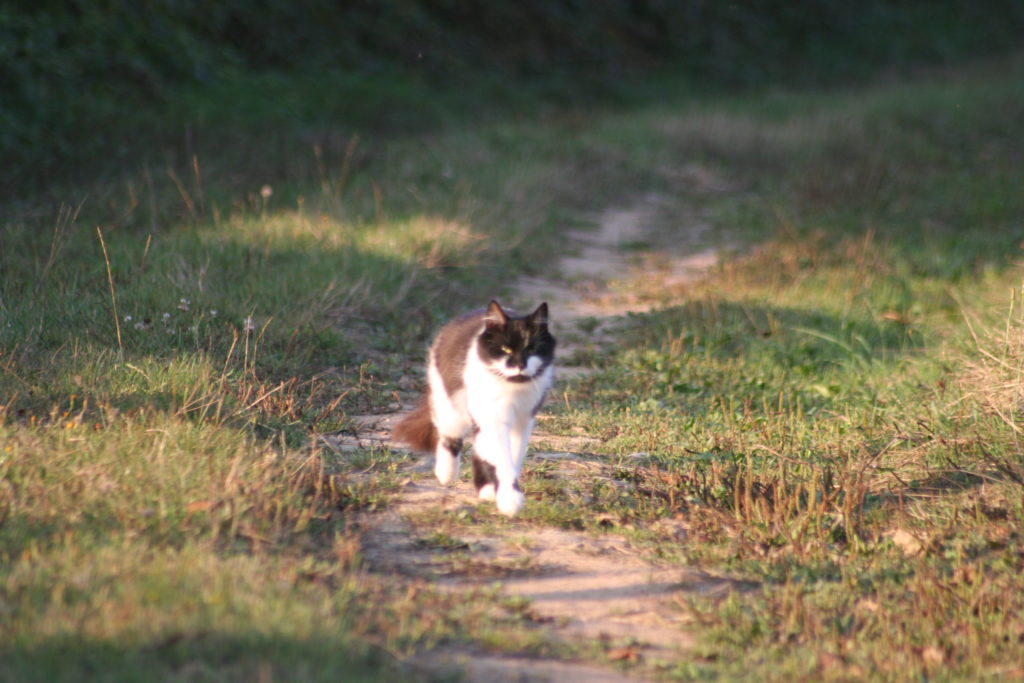 As I was coming up to bed, Edward called out that a bird was flying around in his bedroom and before I realised what was happening, it flew out into the landing and down the stairs!  It landed on the light fitting in the stairwell…. 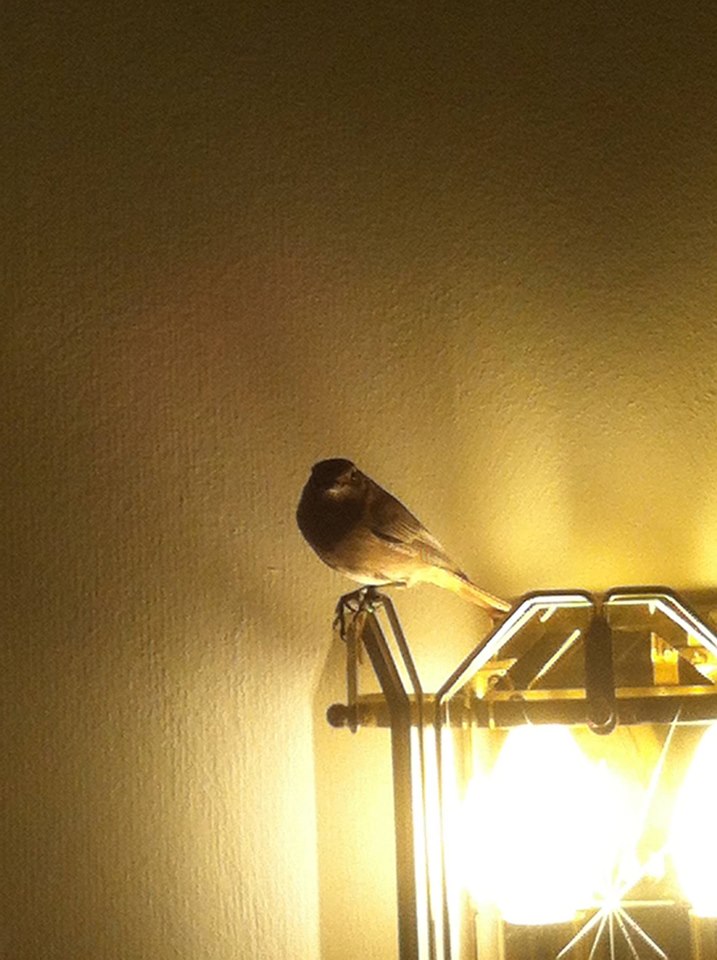 It was a pretty little female redstart, each time she flew around, we got a glimpse of red from her tail feathers.  We opened skylights and the hall window but she seemed reluctant to fly out into the night.  With a little gentle coaxing and waving of a feather duster, she eventually departed, hopefully to a safe roost for the night…. ♥