We decided Tuesday would be an easier day and woke to find the weather was lovely. Julie had got her gardening head on and decided to erect the plastic greenhouse she got for her birthday. It would enable some propagating and get us started properly. After a while she came to find me to say she was a little confused about how to put it all together so it became a joint effort to assemble it. 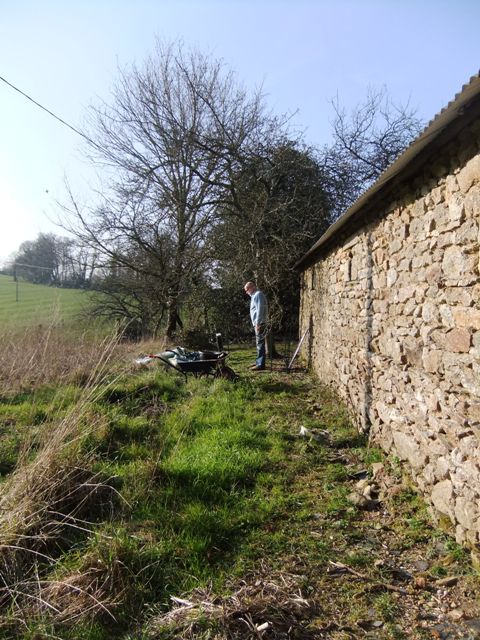 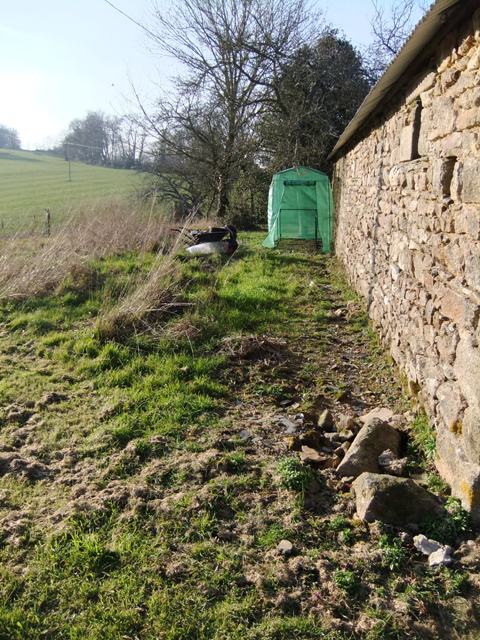 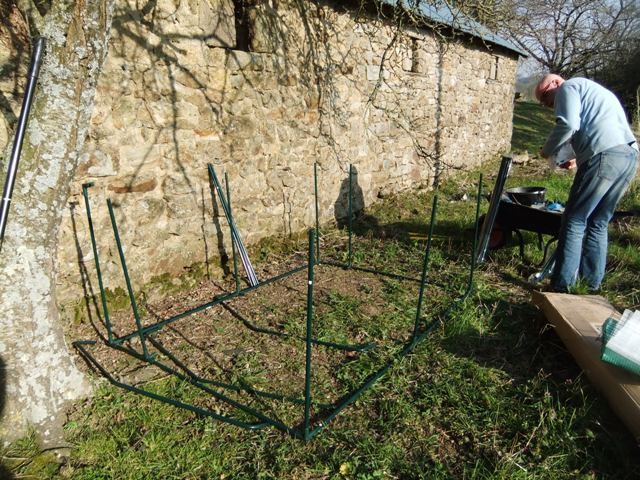 At the far end of the garden, around where we had just put the greenhouse, there is what we have referred to as the meadow. It is long overgrown grass and wild plants. We wanted to keep it « natural » but knew we needed to cut it back to begin with and manage as a meadow. However as it was so tussocky we thought it would be beyond the capability of our lawn mower. We spoke with Herve, our neighbouring farmer and he had said he would mow it for us with his tractor.

However, Julie said it would be nice to mow a bit in front of the greenhouse so I went and fetched the lawn mower. I began to mow 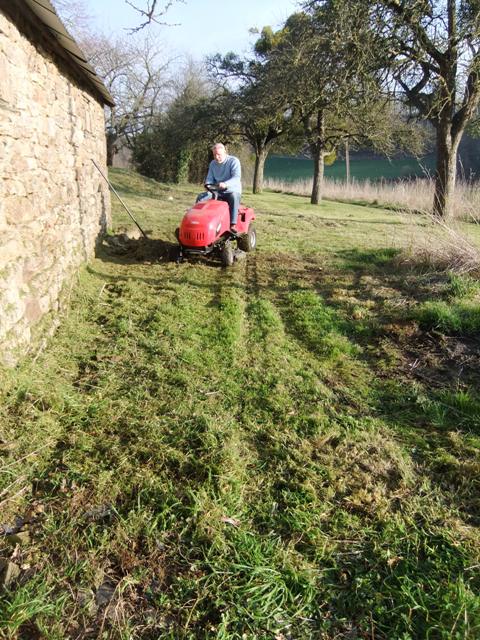 It did surprisingly well so I kept going. In a short time I had done the triangle of meadow behind the small barn around the greenhouse. 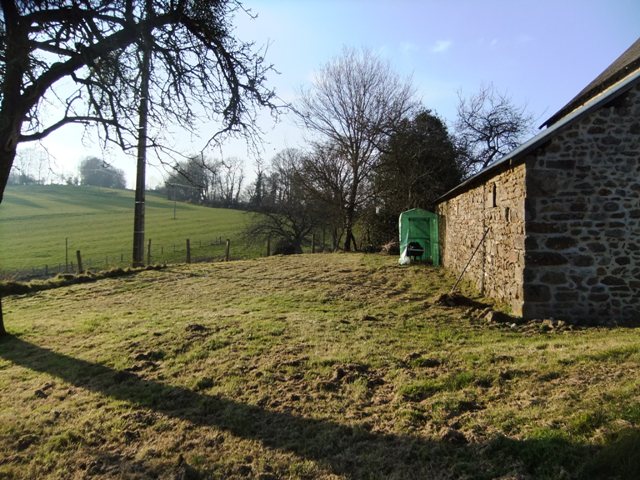 I was having fun and kept going. 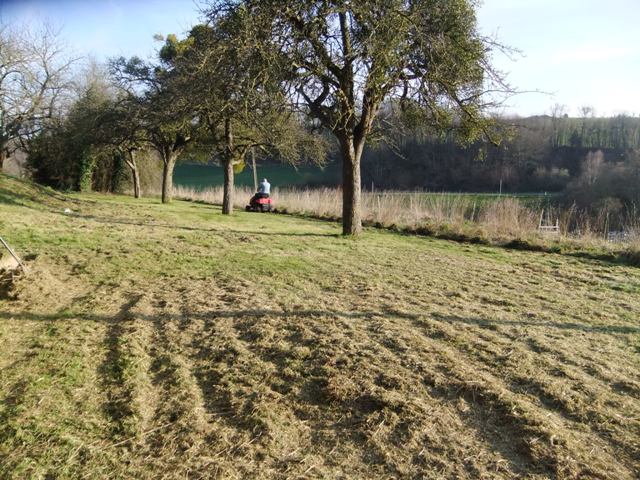 Our little mower is the little mower that could. I only mowed half the cutting width so as not to overload it but it was amazing. It took only a little while before the mighty mower was parked under the apple trees looking very pleased with itself after mowing the meadow behind the apple trees right down to the fence with the cow field. 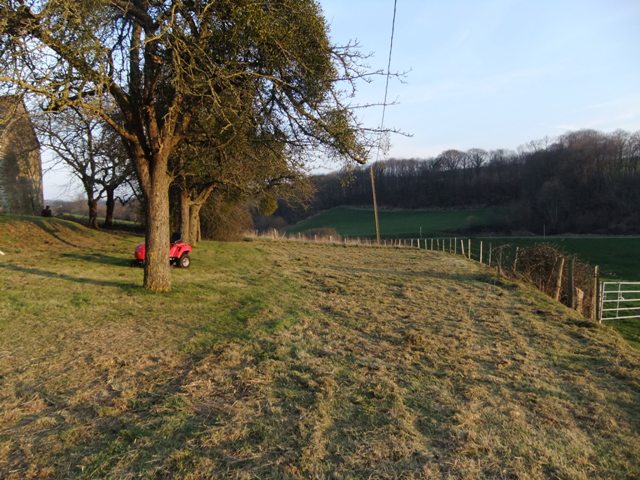 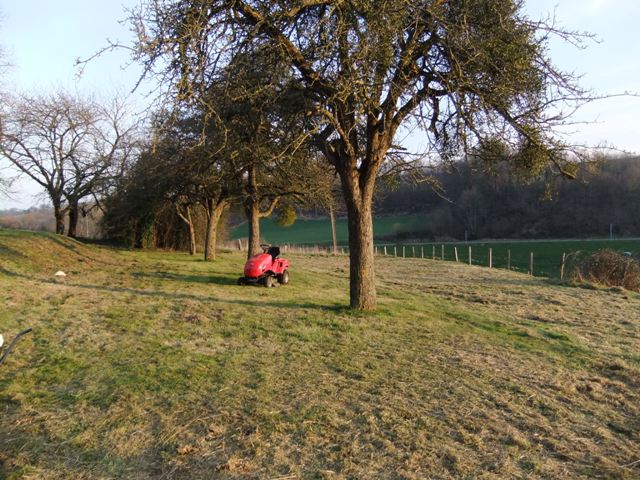 Colin and Mouse immediately went on mousing duty where I had mowed. It must be paradise for them, if a little bit hellish for the mice 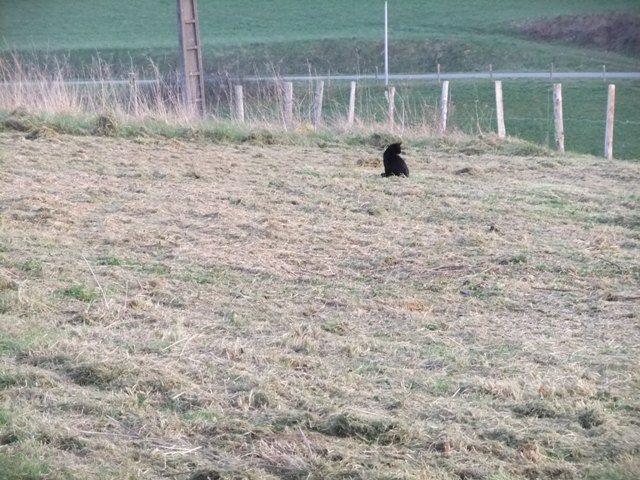