A Stitch in Time….

Having seen the difference the curtains in the kitchen have made, we decided it would be good for me to continue with the sewing and move into the living room/ dining room.  So I set up camp at the dining room table… 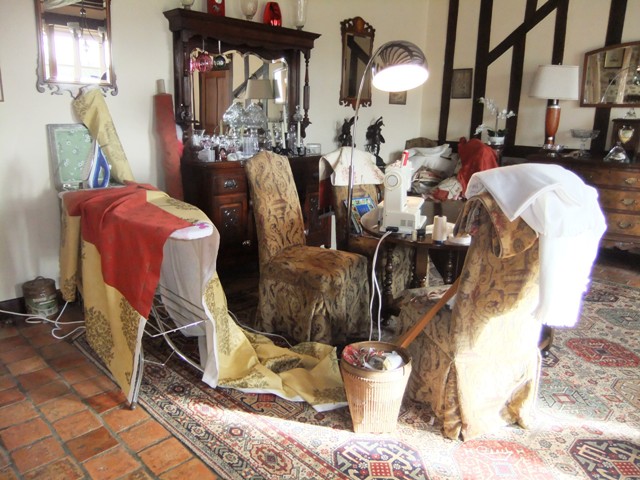 Although this living area is really one very large room, it is possible to split it into two distinct areas (dining and living room), particularly during the winter months.  So, matching material in the two windows and two doorways isn’t so critical.

We have a number of curtains that we brought with us from England, none of which are long enough for the doorways here!  However, since we like the effect of adding a panel to the curtain in the kitchen, I’ll use the same treatment to re-use as much as possible.

So, my first ‘project’ in the dining room has been the door curtain.  I bought a beautiful curtain at a boot-fair in England, just before leaving for France – I couldn’t resist it and for £3, was an absolute bargain! 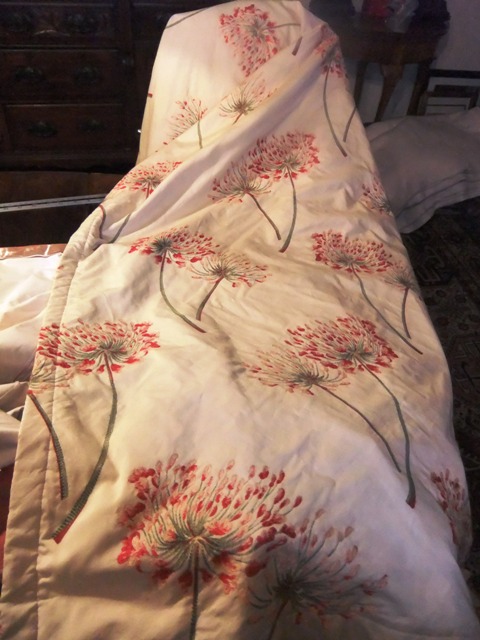 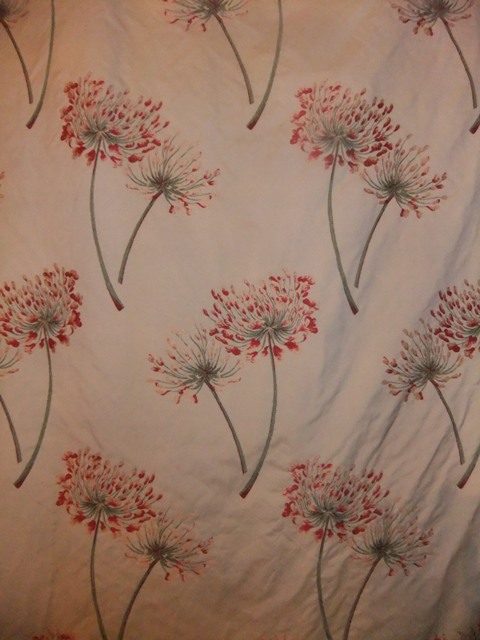 To extend it for the doorway, I’ve reused one of the Roman blinds we had in our living room in our house in England, which complements the red in the pattern. 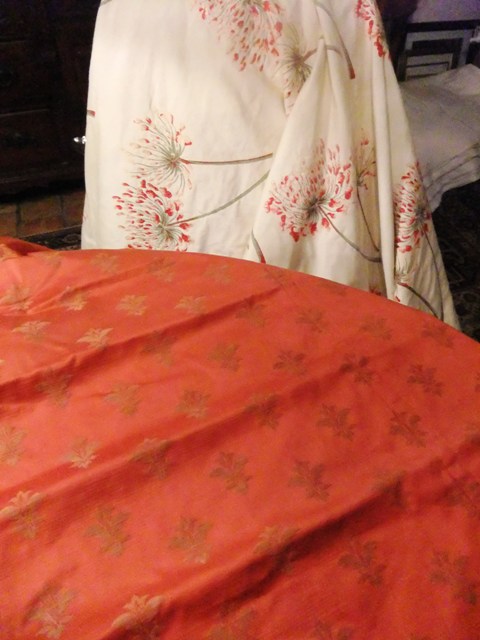 Unfortunately, because I wanted to interline the curtain, I had to unpick the whole thing first so that the interlining could be inserted – darn it! 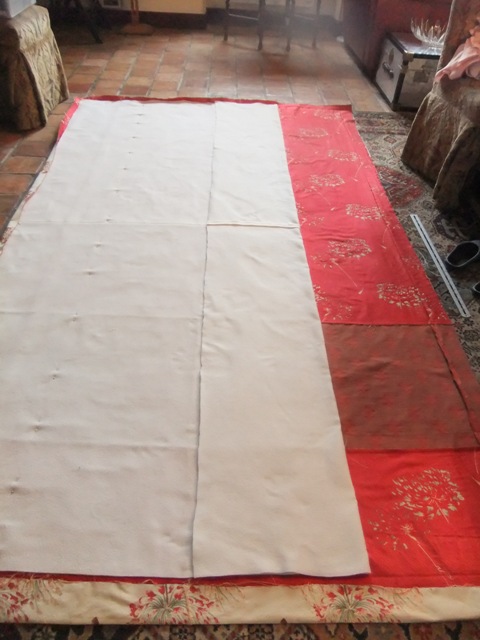 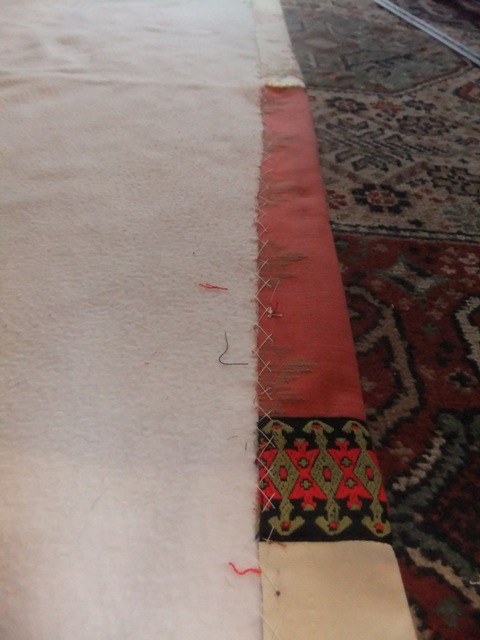 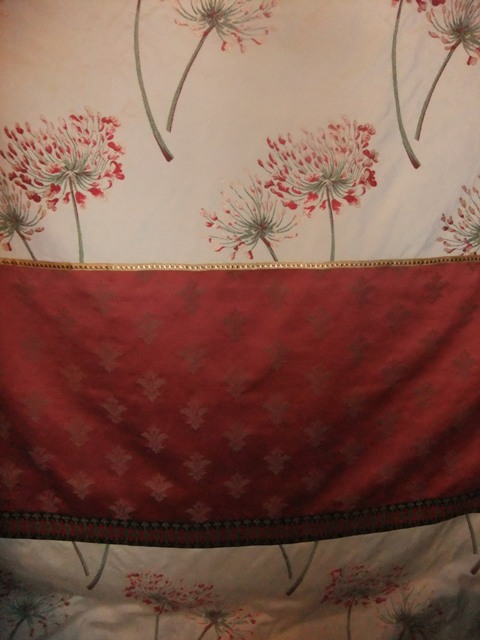 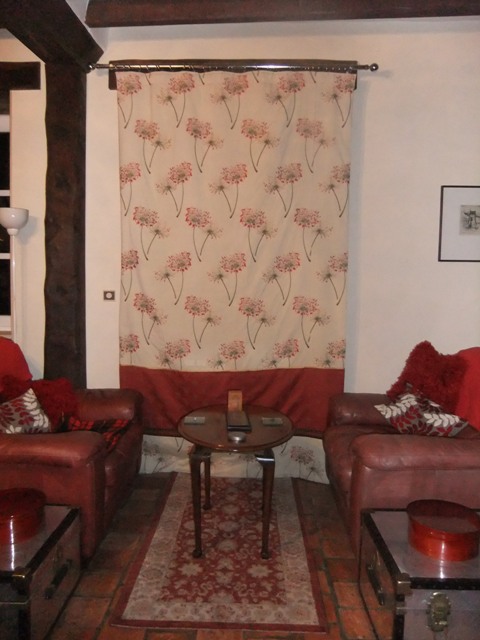 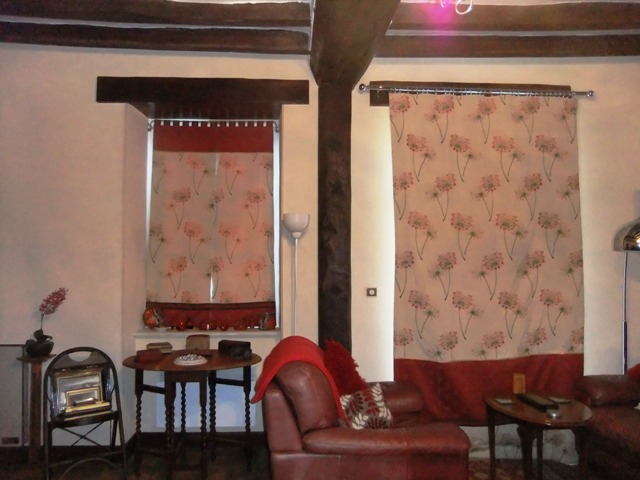 Into the living room… instead of extending existing curtains here, I decided to use some new fabric I have in store – again a boot fair find from England! 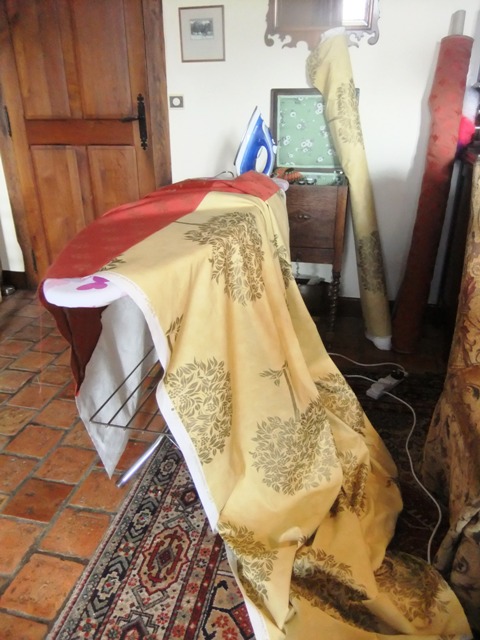 I used the same panel of red fabric as for the dining room curtains to tie it all together and made window curtains in the same style to match….  Oddly, as I was starting from scratch, it was quicker making up the curtains here – curtains for the door and window were all made in a day! 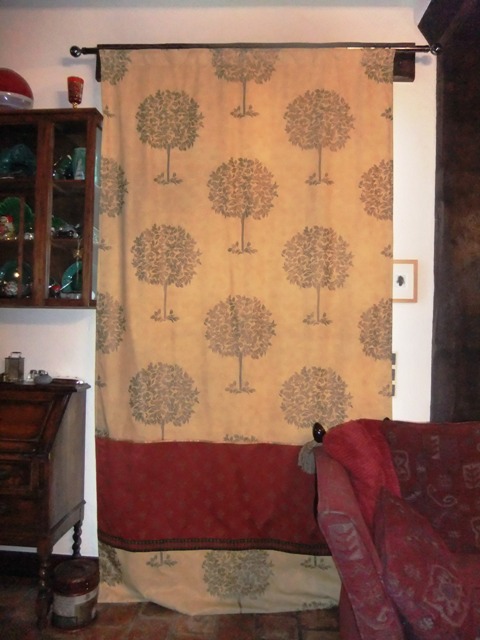 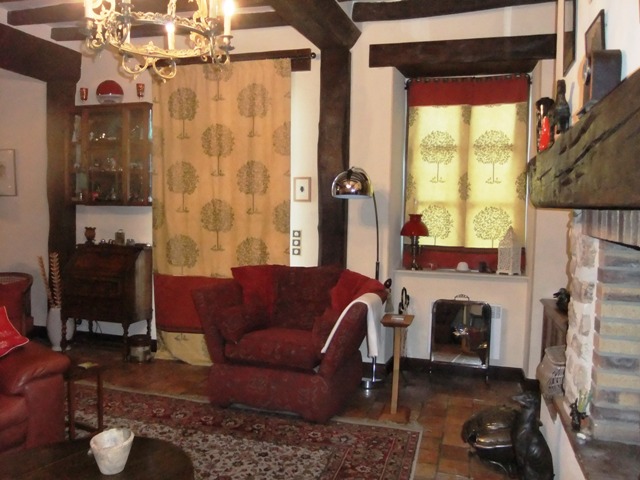 We’re pleased with the results and think we have noticed a difference to the warmth in the room…. The next job will be to make the curtains along the room divide – not a small job and I’m not entirely sure if I have enough fabric….. ! ♥