I can’t believe it’s been a week since our last post!  What have we been doing with ourselves??  Actually, it’s hard to keep track!

After my birthday and all the travelling we had been doing, we decided to spend a little time at the cottage or just go out for local trips….  The day after my birthday, the weather changed too – wet and miserable, so we were less inclined to go out…

Instead, we caught up on some admin, emails and other dull but essential bits and bobs!

But not for long!

By Saturday, we were itching to get back to the house – while we can’t move in yet, there are plenty of little jobs to be done that will give us a good start when we do.  During our meeting up with Kathy and Keith (who gave us the light fittings) they suggested we might look at Bricomarché as an alternative to Leroy Merlin.  Not wanting to miss out, we’d investigated the branch at Mayenne, on our way over to the house.  It was another amazing bricolage outlet!!  Of course, many things were no cheaper or were more expensive than elsewhere, but we were impressed with wooden flooring.  We need some for the ‘cave’, which we’d like to make into a laundry room….. 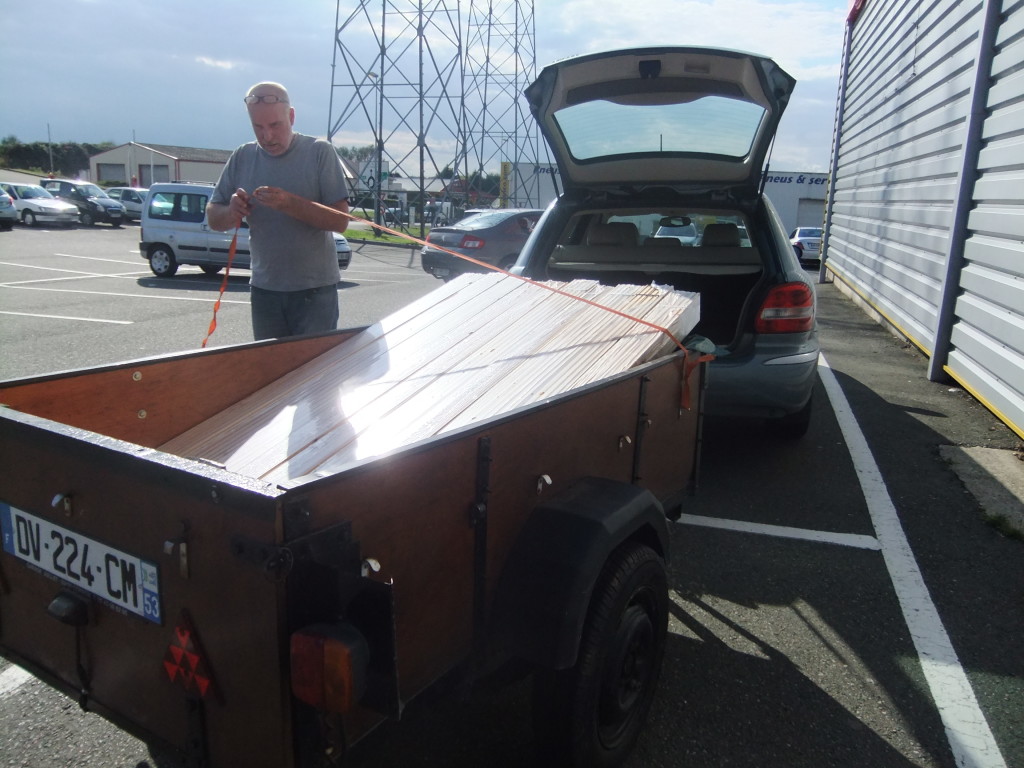 For 95 Euro we had enough tongue and groove for the floor and ceiling!

Meanwhile, back at the ranch, seems like No. 2555 has told her friend about the plentiful supply of pears next door… 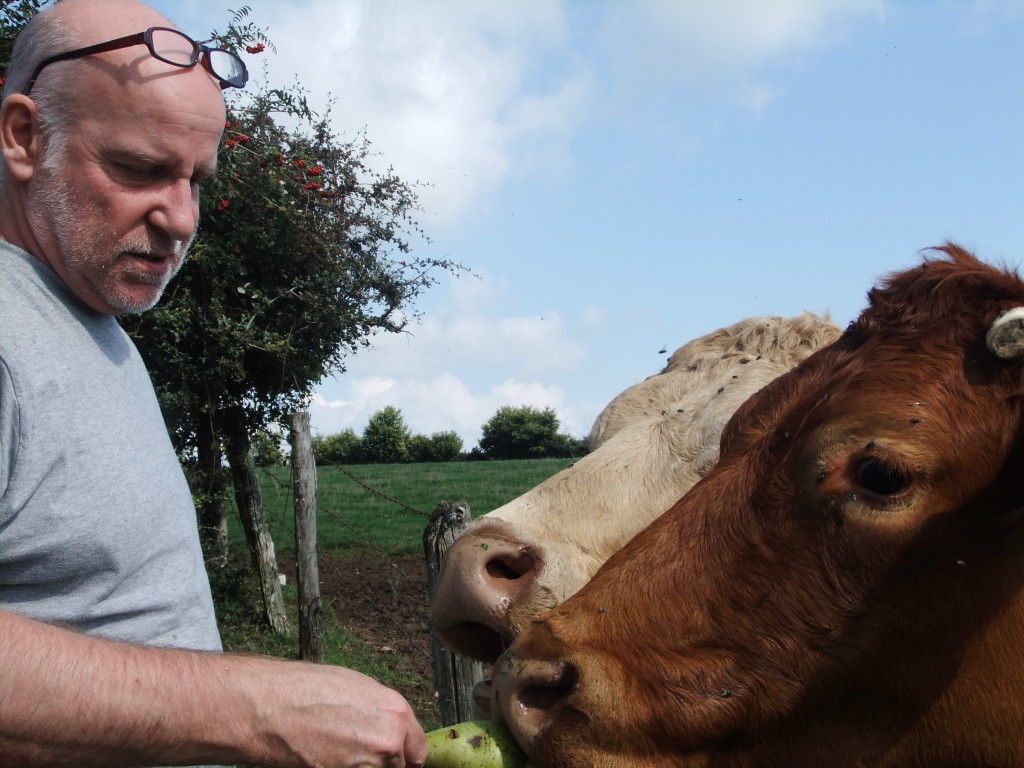 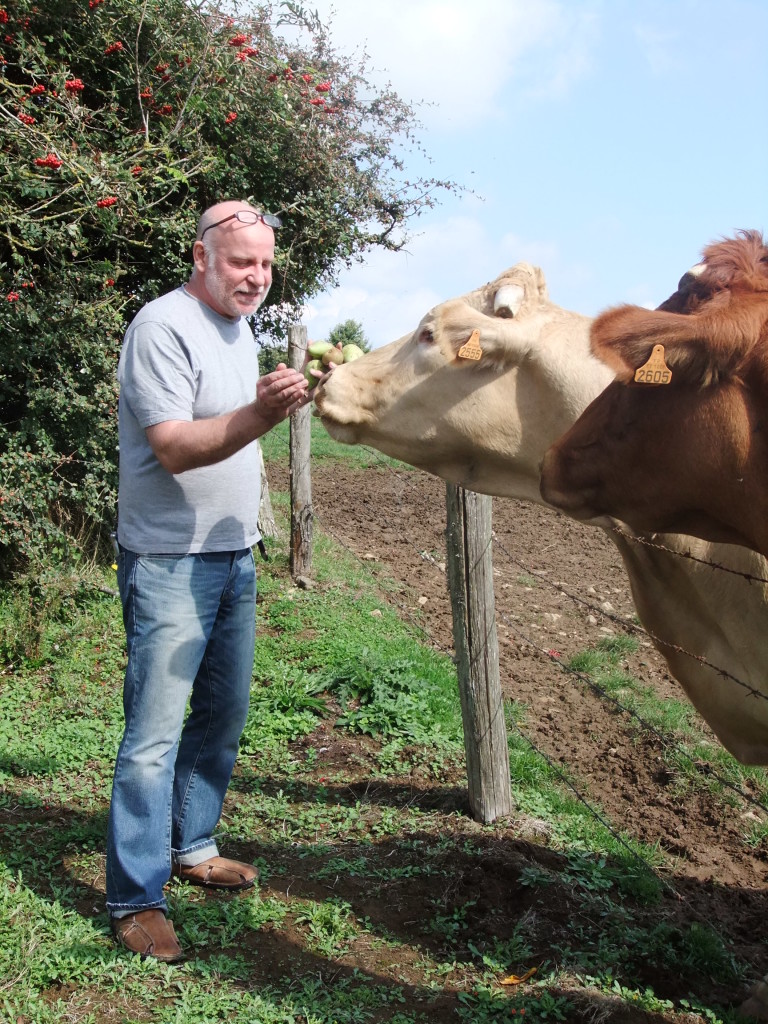 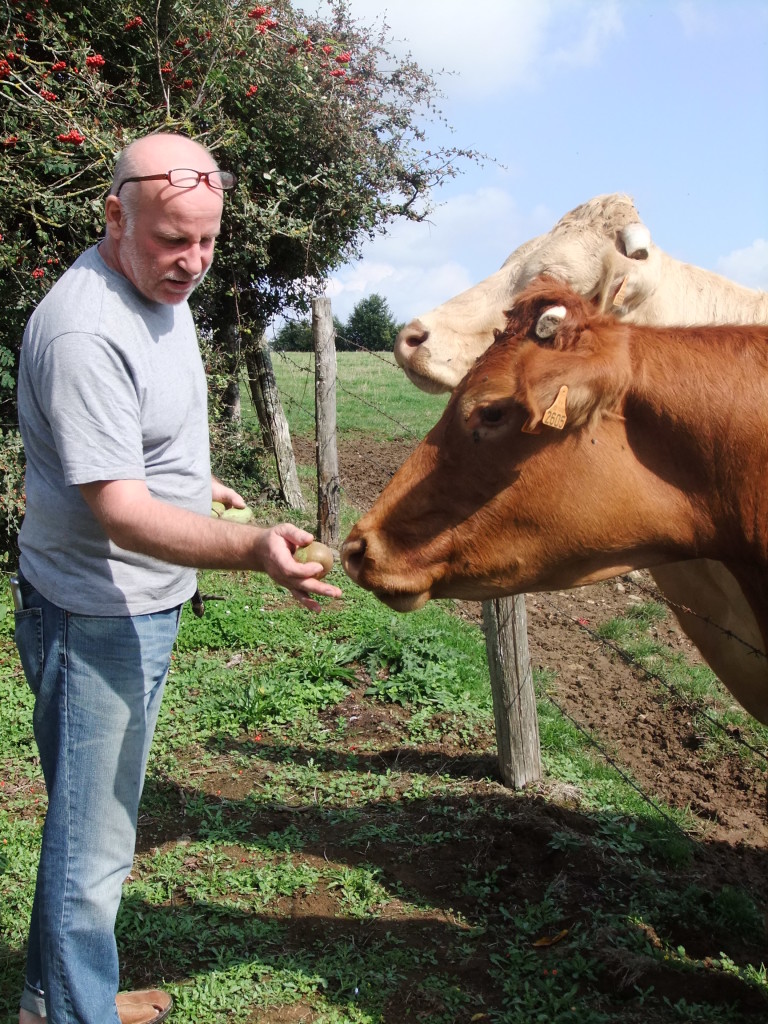 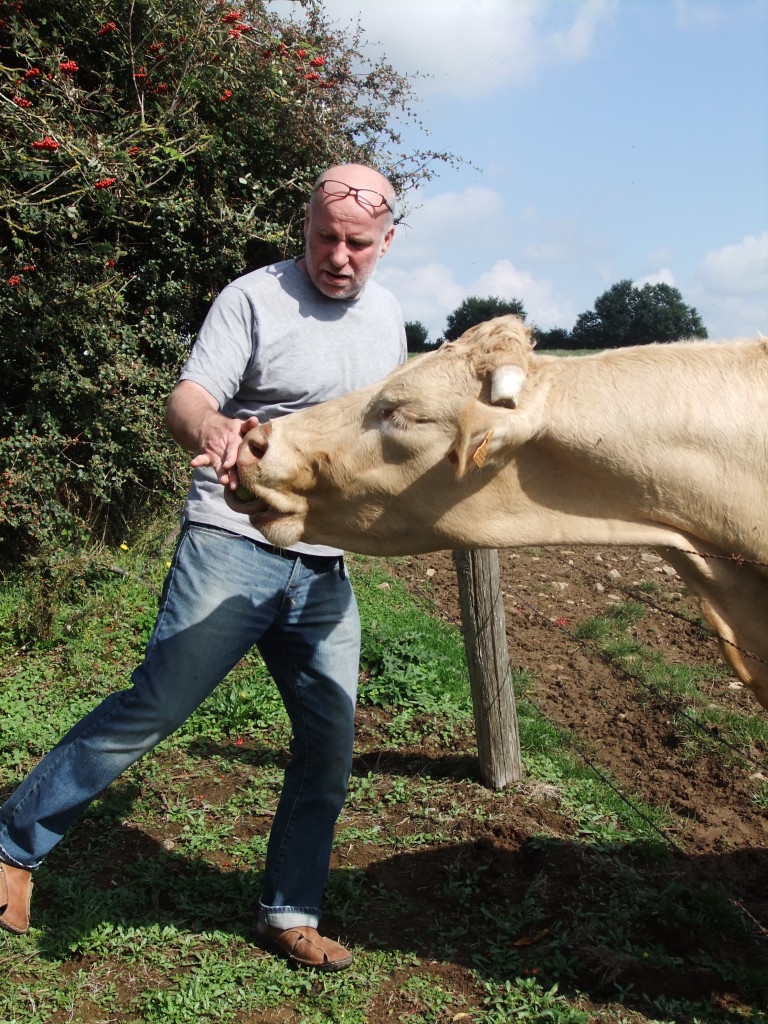 With each trip, we took some plants from where we’d been keeping them, at Charles’ place, over to the house – finding somewhere to keep them wasn’t really a problem, we have so much space!! 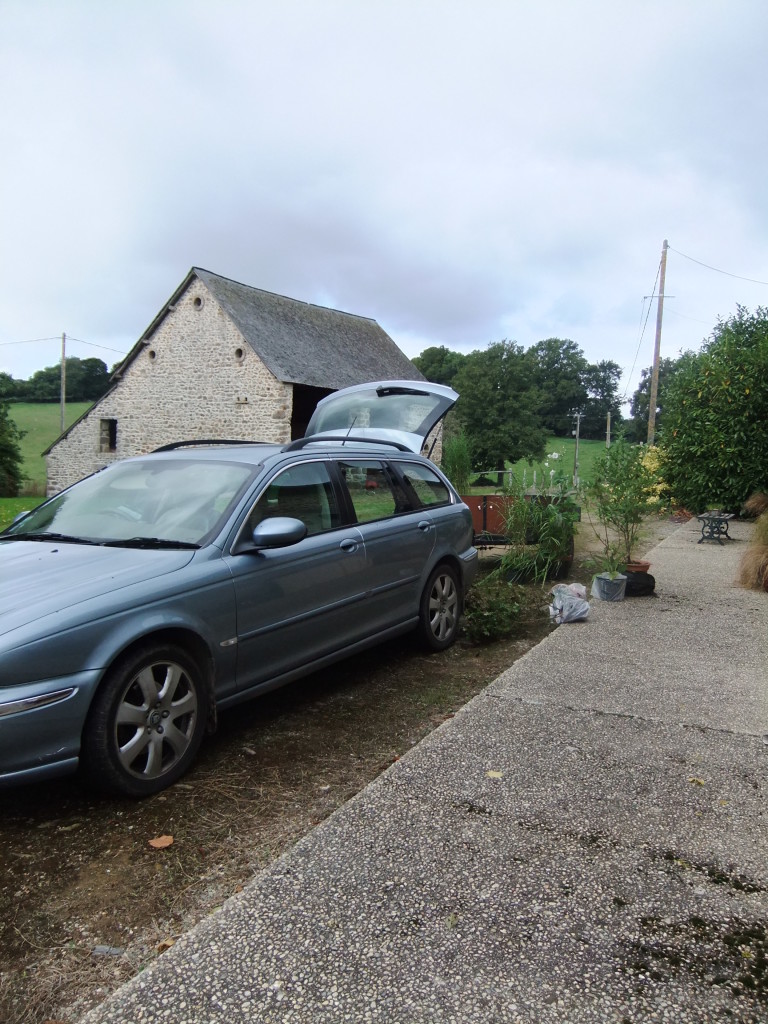 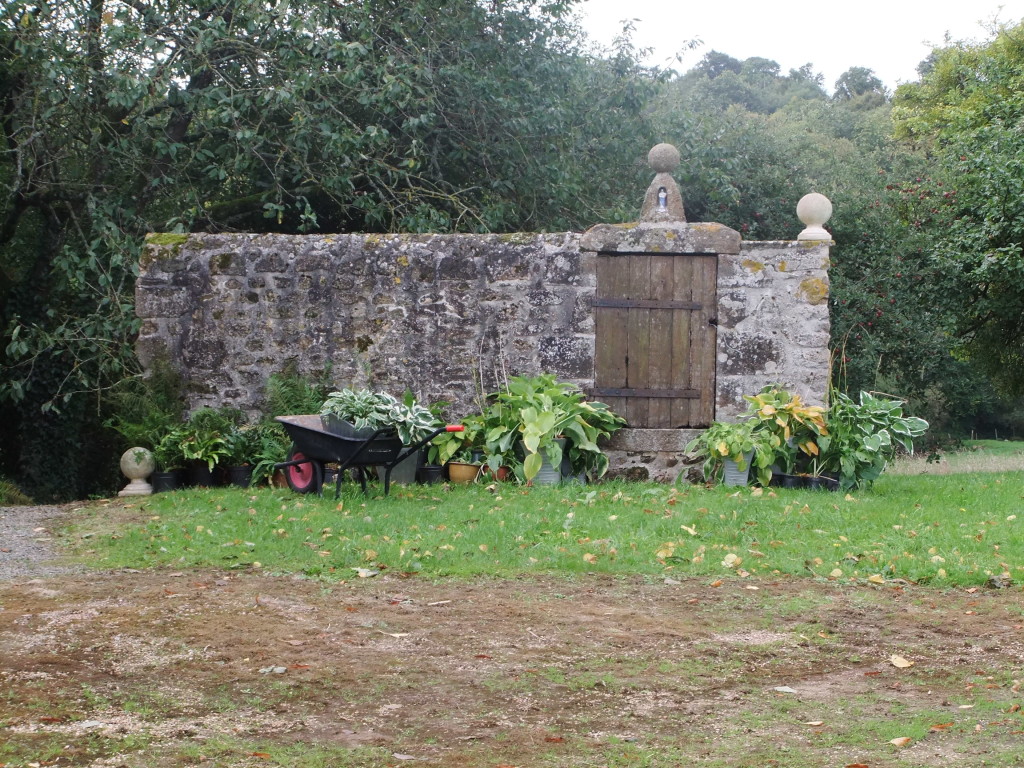 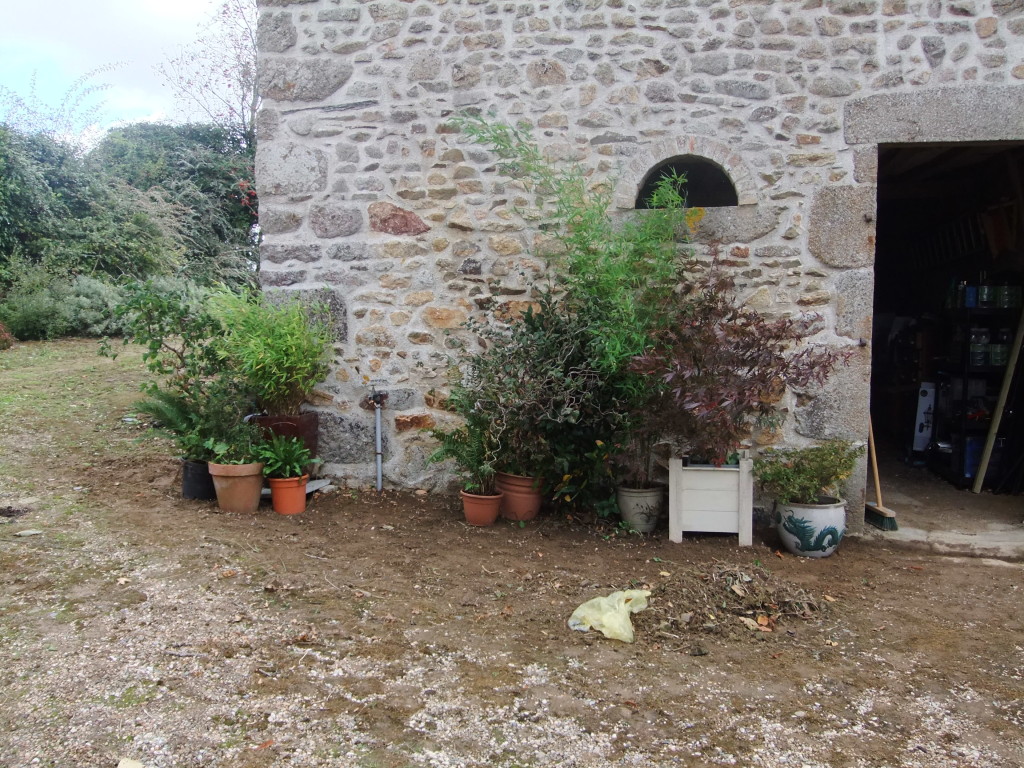 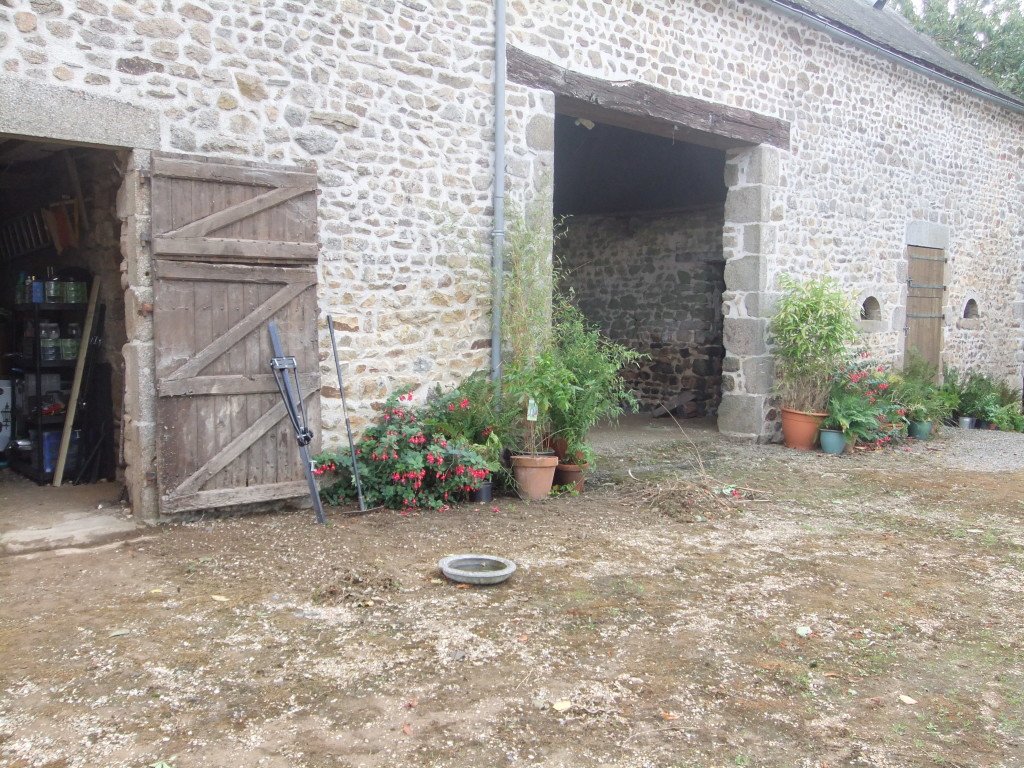 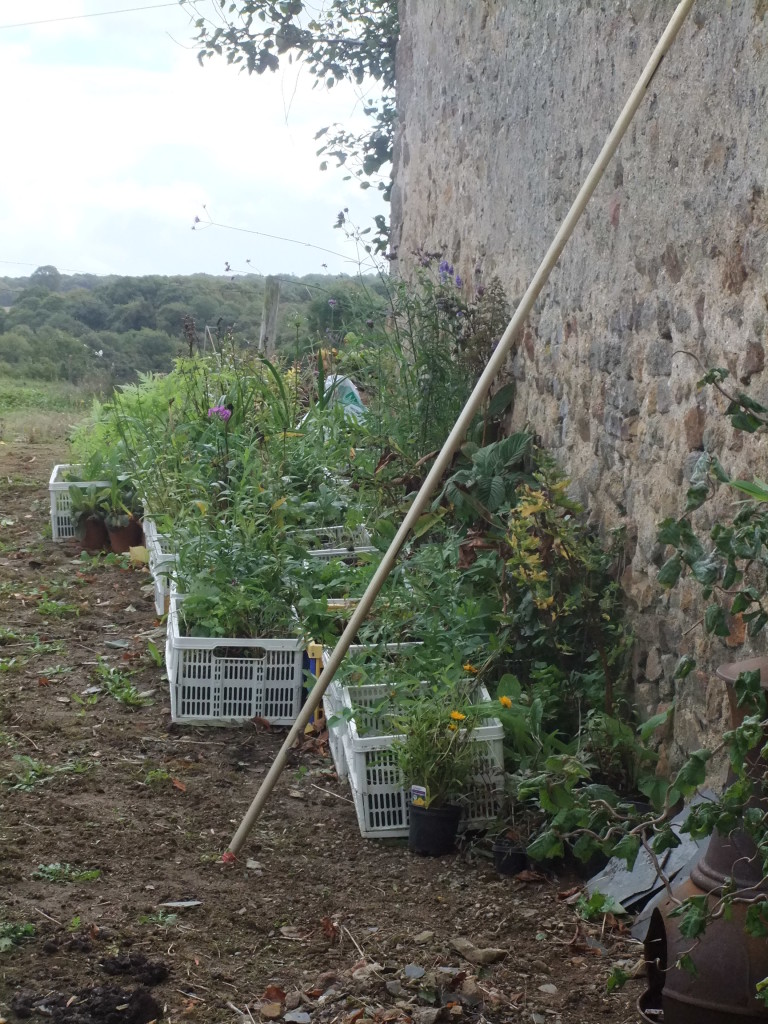 It’s going to be fun finding permanent homes for them all and making new borders….

Just in case we were worried we didn’t have enough furniture for the house, On Monday we responded to an AngloInfo advertisement for a sofa and two armchairs…..  We thought they would be ideal for the kitchen, especially when we have the fire going in there and we’re all cosy… 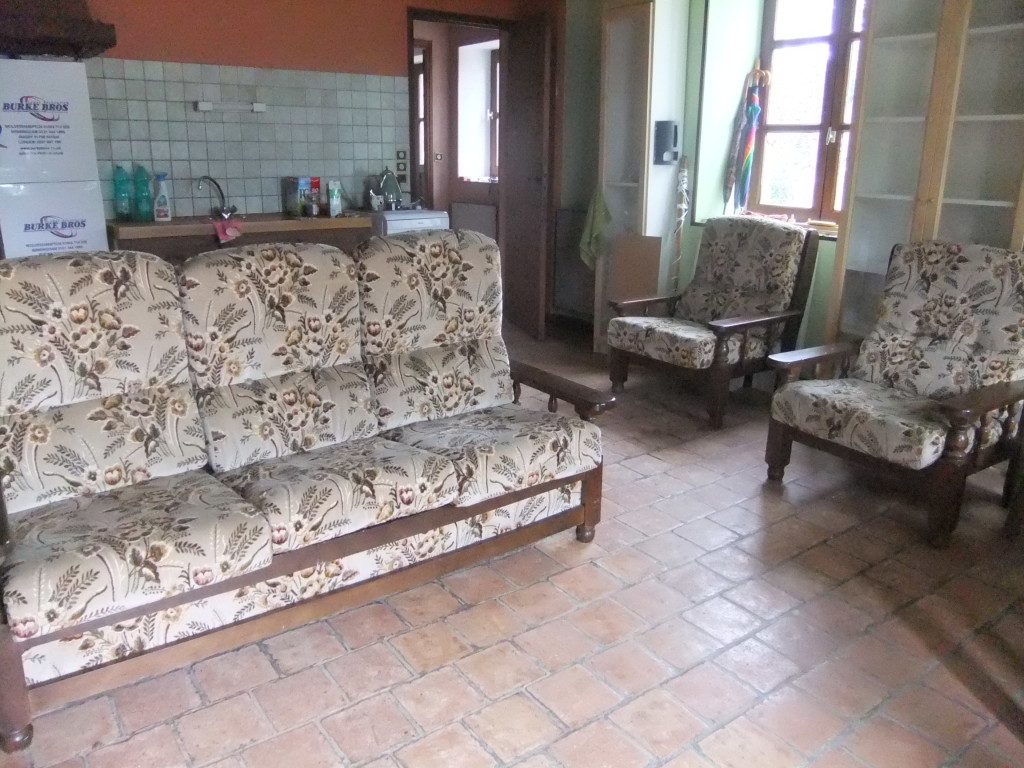 This will be a nice project for me to recover in some fabric to suit the room – can’t wait to get on with that when we’re in!

When we got the sofa off the trailer it was a little bit wobbly. The joints at the back had worked loose over time. So Edward got the wood glue out and opened up the joints and put some glue on them. Then he strapped them up with some ratchet ties to hold the joints together while the glue dried. When we returned the next morning the sofa was good and solid. It’s always pleasing when a simple repair works and we now have some comfortable furniture waiting for us to use it. 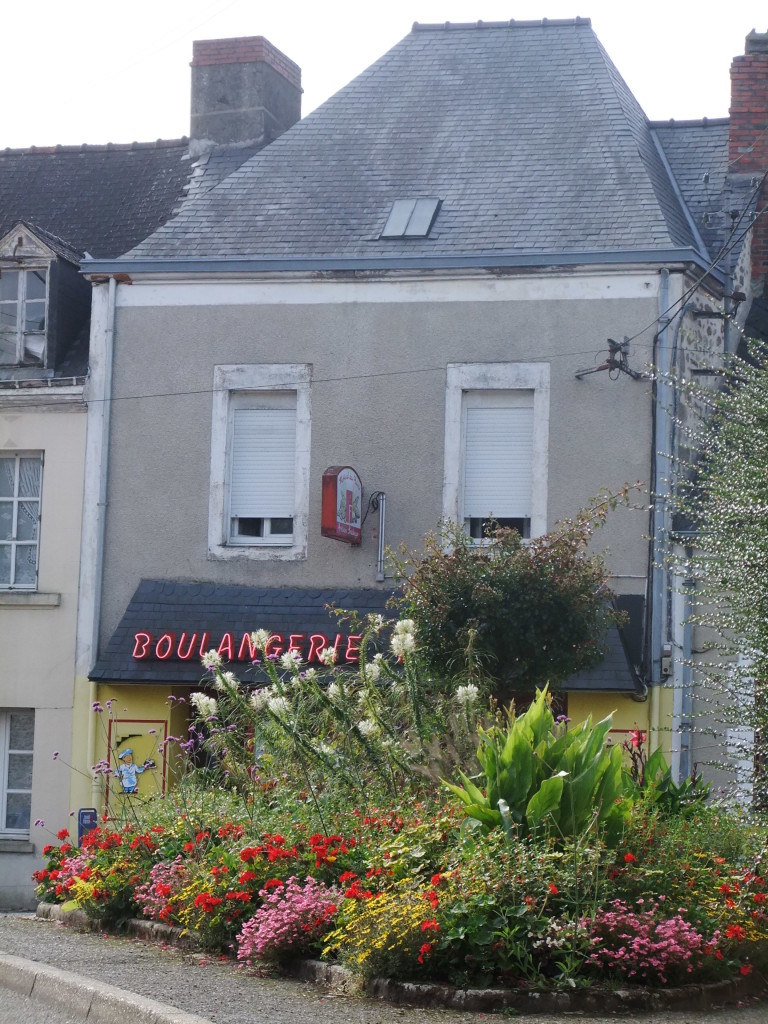 On the way over, we have taken to stopping at the boulangerie at Ize, the little village we drive through before turning off to reach the house…  the bread from here is to die for! 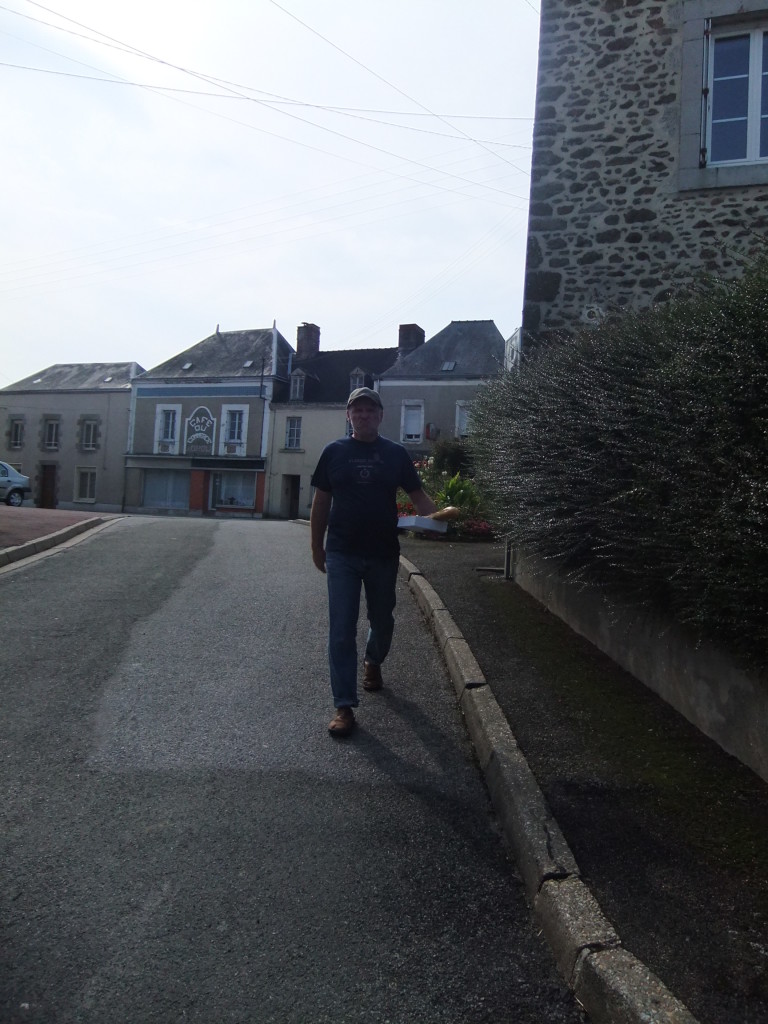 The boulangerie seems to be open all hours so yesterday we planned to buy bread for lunch, only to be disappointed – it was closed, all day!!  So, instead of taking our usual turning, we continued along into St Martin de Connée, where we found an alternative baker that was open… This one also did sandwiches and perhaps we’ll buy some from here when we’re less organised for lunch or for a tasty snack when we have visitors  – the bonus is that this one is a bit nearer to the house!

Today, Wednesday 23 September, our friend and next door neighbour, Carol, took us over to Fougères to introduce us to Emmaus.  This is a charitable organisation, which sells, as far as we could see, everything from clothing, linen, furniture, to bric-a-brac, garden furniture and electrical items.  Everything has been donated and sales go to help the homeless, destitute and those in need, many of whom actually work in the organisation.

It was a real eye opener.  As Carol said, it was like looking back in history, although this was very different from that experienced in England.  Some of the armoires were huge, as were the traditional ‘buffets’, often bought as wedding furniture but which now seem to be out of favour for modern living…