Yesterday, while seed sowing and potting, I was kept company by a little wren that was constantly alarm calling.  It has a nest somewhere in the small barn, possibly in the garden tool shed.  Ordinarily, they are shy, secretive birds but this one was very visible in the nearby trees and bushes…. it didn’t take me long to realise the cats were on the prowl and the wren didn’t like them one bit!  Twice I took Colin and Mouse away from the area, only for them to return almost immediately to irritate the little bird.  I’m pleased that I finally took the time to sort out my long lens and mount my camera on a tripod – I’m quite happy with some of the shots I managed to get of the wren… 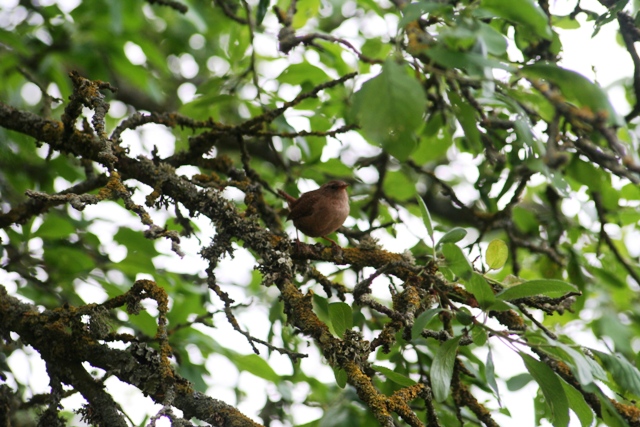 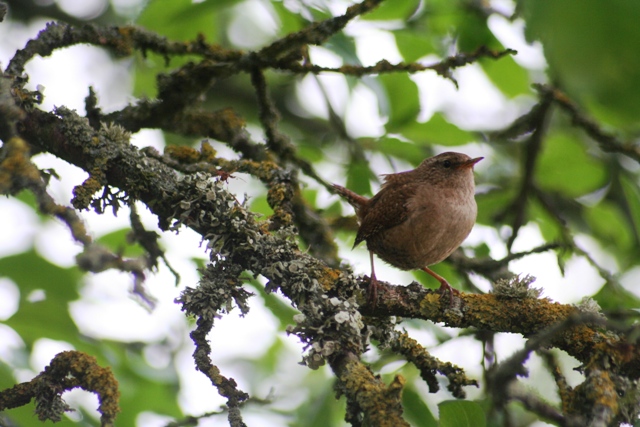 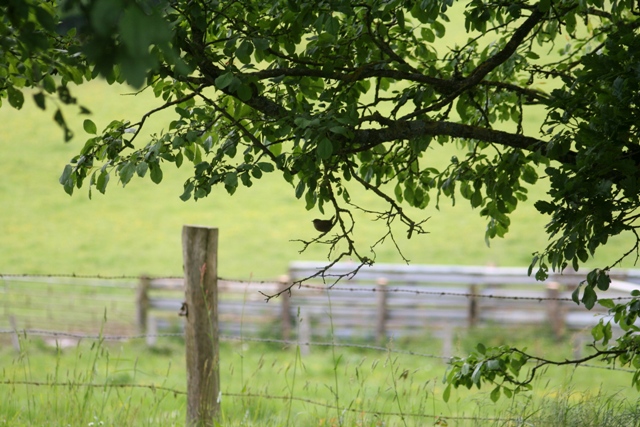 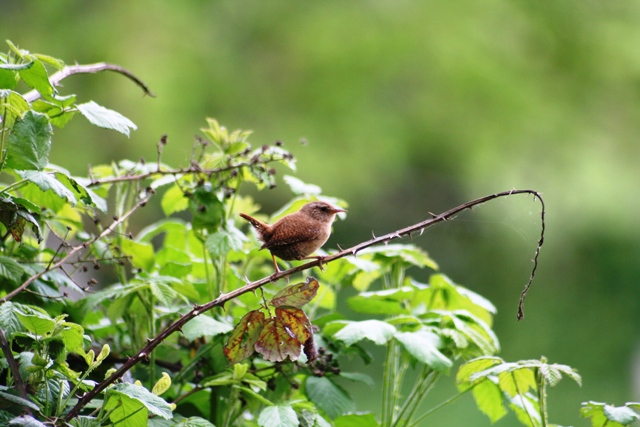 Now the weather is warming up, the sound of the crickets can be heard day and night – it’s quite a tropical sound and not something we’ve ever been used to in the North of England!

Daily we seem to find new insects to admire – Edward found this little fellow yesterday – it looks like a gem….

This afternoon, I had another go at clearing the bank – its been a long job but since I sprayed off the weeds, it’s been much easier to work.  While digging out some roots, a huge cricket emerged – much bigger than any I’ve seen before.  Sadly, my camera wasn’t to hand, so it was just to admire this time!  Another excavation unearthed a lovely green toad 🙂  Further along the bank, more roots made for difficult digging and it was while I was wrestling with a particularly tenacious tree root that I realised I’d disturbed a bumblebee nest…… I’ve never been up close and personal with an angry bumblebee before but it had me running down the drive, swiping at my head and removing clothing in which I thought it was tangled…. After the second, similar encounter, I gave up working on the bank, it was late enough and time for tea! 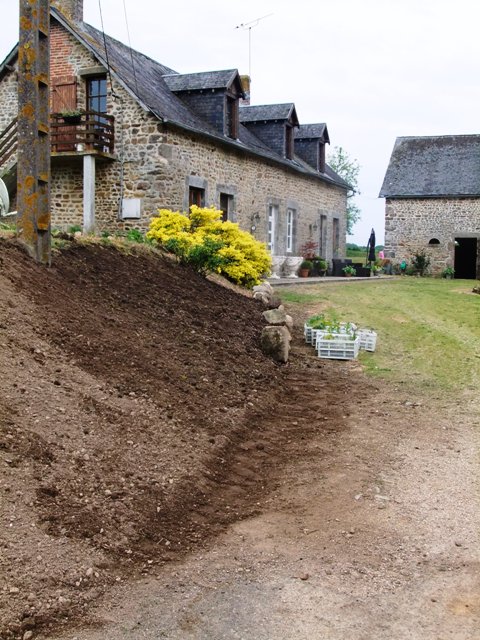 If it stays fine tomorrow, I should have it finished….

Too close for comfort?!

After tea, Edward and I had a look at the bank and said hello to the cows who’d come to see us.  Colin and Jim came too – Colin just lounged on the bench, totally unfazed by their presence… 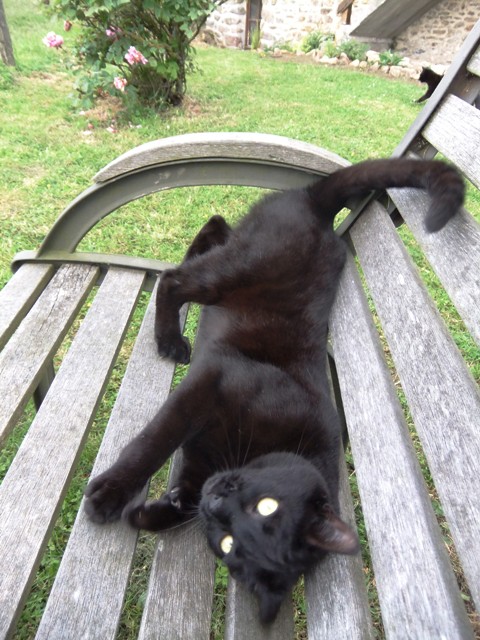 Jim was unfazed by them too, but probably because he was unaware they were there until one tried to give him a lick, then he was off!!! 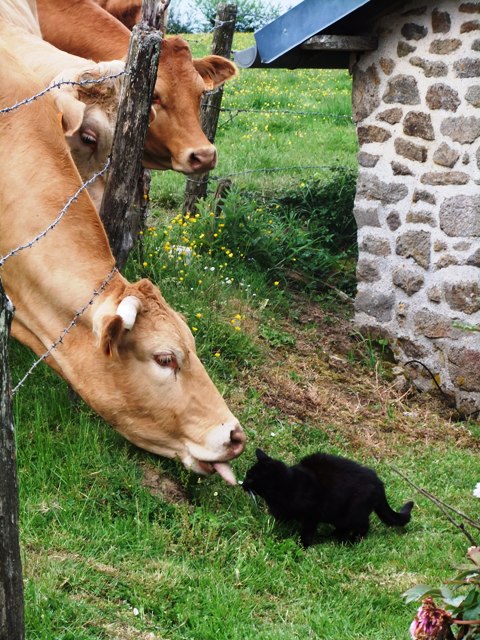 These cows are certainly lickers!  ♥