When we bought La Biochere there were no hand basins in the toilets. We obviously had to remedy that but it was not top of the to do list. Visitors arriving soon promoted it up the list. To install a hand basin and taps in the upstairs toilet I had to bring water in and get waste out. Like anyone else I am not a fan of exposed pipe work so my work consisted of installing pipe work and then concealing it. I would have put it through the walls to hide it but previously these walls were exterior walls and they are about 60 centimetres thick. Even a 32 mm hole for the waste pipes would have been a bit challenging to create. So I decided to bring water through the bathroom wall and join the sink waste to the toilet waste pipe. It went ok I think.

Firstly I positioned the taps and made a cupboard and surface on which to mount the sink. Then I joined the waste pipes. 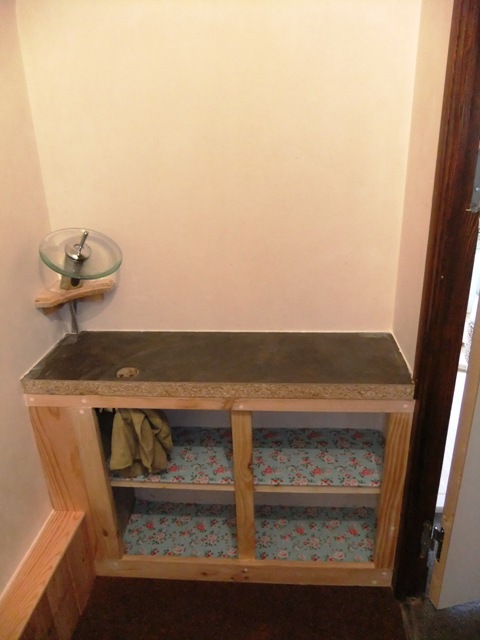 We all like clean lines and given a blank canvas I would have installed the toilet against the wall without a gap. But the waste pipe was in place and I couldn’t move it. So I decided to build some wooden cladding around the cistern and pipe work to cover gaps and pipes which would otherwise gather cobwebs and dust. And then I built a cover to hide the waste pipe from the new sink. 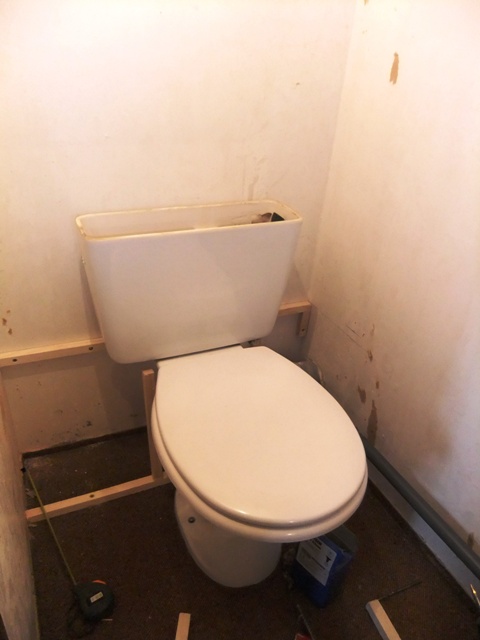 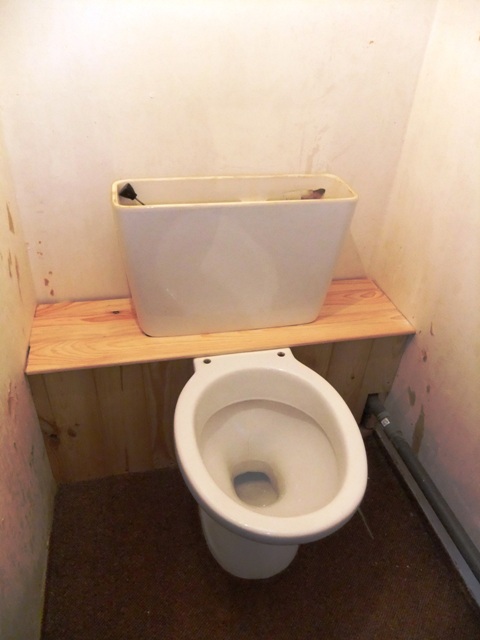 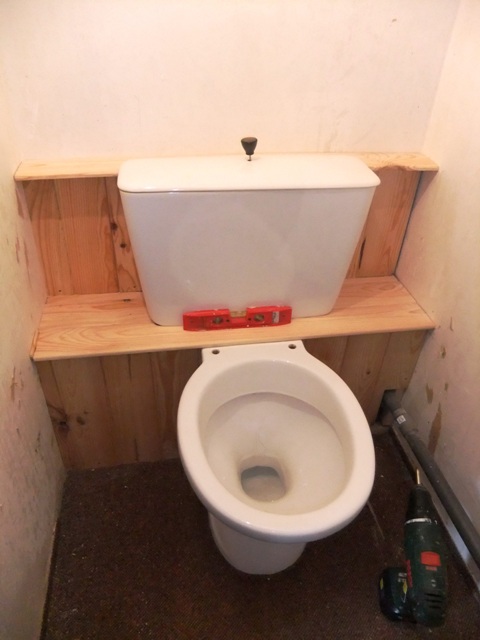 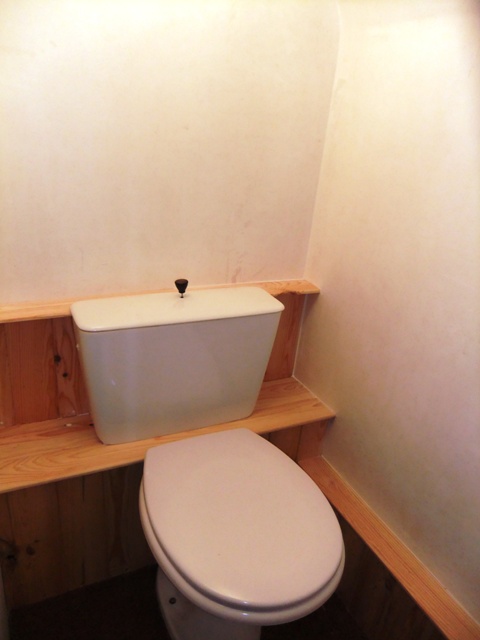 Afterwards Julie went in and worked her decoration magic. She smoothed the walls with plaster filler and sealed around the edges of my woodwork. Then she primed and painted the woodwork and emulsioned the walls. I like the result and it was ready in good time for our visitors. 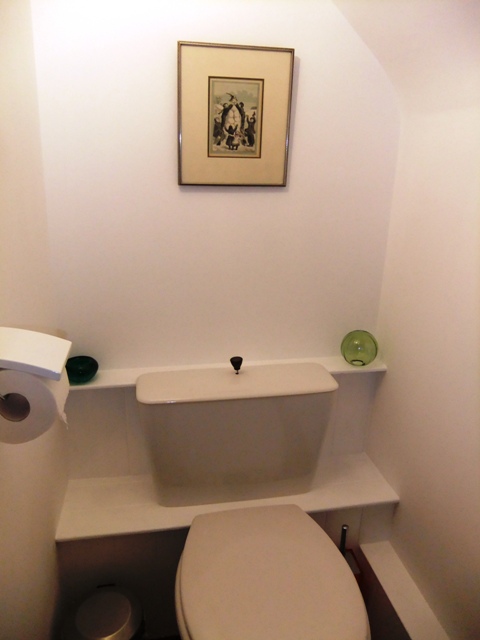 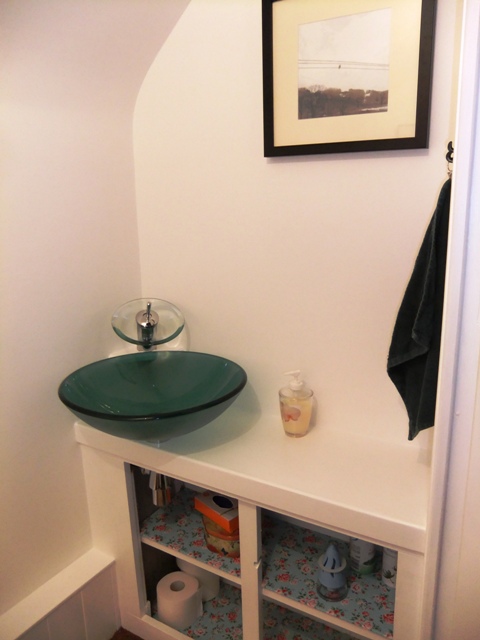 Unfortunately I ran out of time to make the doors for the under sink cupboard. Maybe this week..