The 1st October was Edward’s birthday and I had a lovely time. But, when we got home the internet wasn’t working so we couldn’t write about it. I will write something in a moment but I want to start this blog with a picture of tonight’s sunset. It was the most amazing sky and awe inspiring 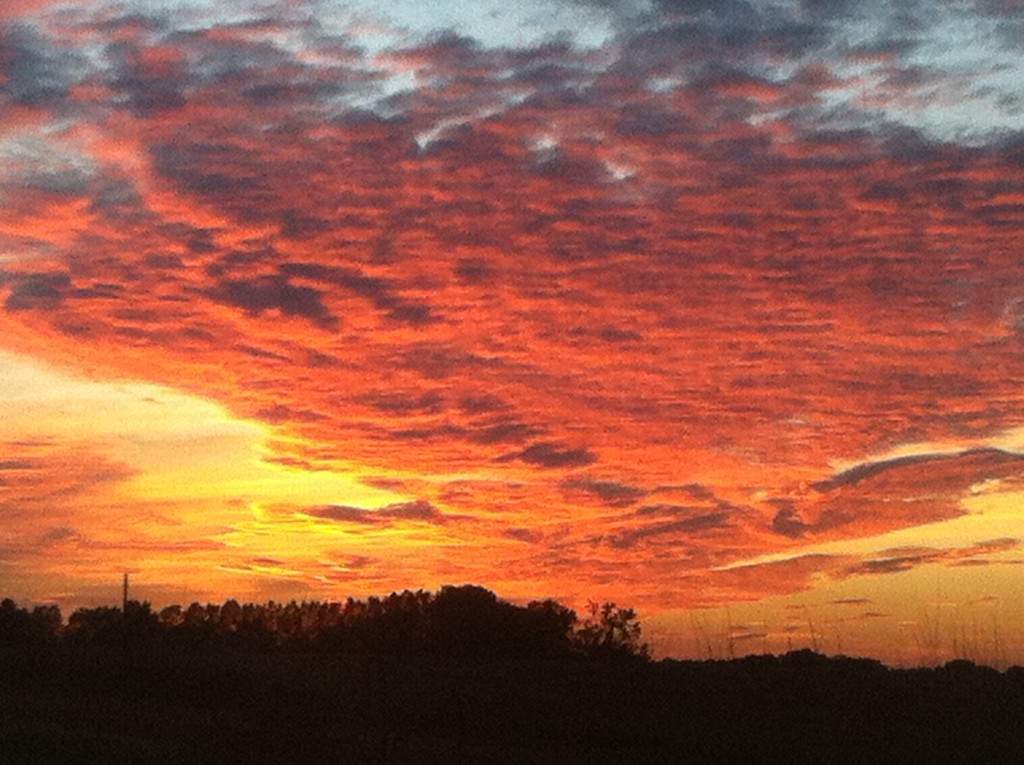 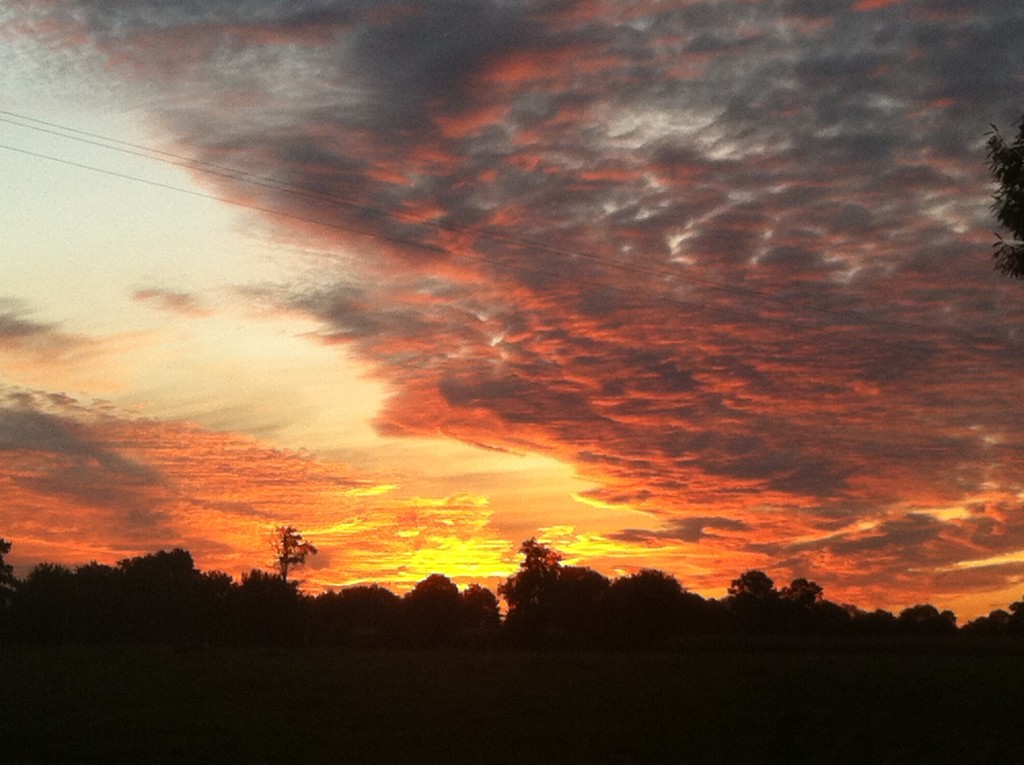 So 1st October was my birthday and Julie brought me a cup of tea in bed and as we had decided to go to the new house we set off fairly early. On the way we stopped at a posh patisserie and bought some cakes. Oh my goodness they were delicious when we ate them at lunch. Visitors, when you come, that shop has to be worth a visit. They wouldn’t let us take a photo though 🙁

At the Boulanger in St Martin de Connee we bought some sandwiches for lunch and some croissants aux amandes for breakfast. After petit dejeuner I opened my birthday presents and was happy at the kindness people had shown me. One present I got was a selfie stick. Now that’s something I never thought I would own! Still I had a go 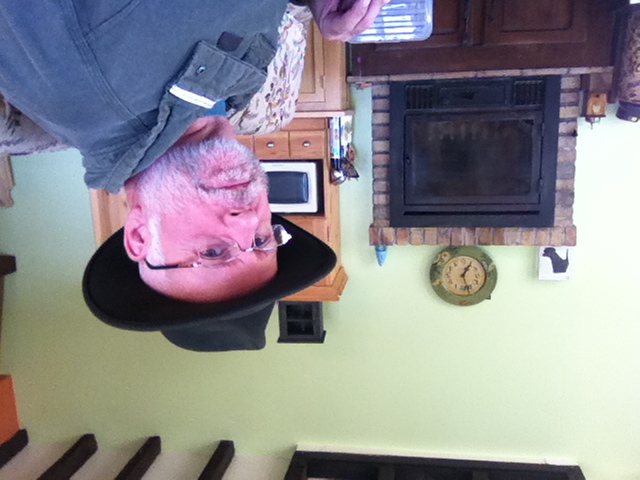 We had arranged to see a kitchen someone was selling on Le Bon Coin in the morning. So we made our way there and viewed it. We decided to buy it as it has solid oak doors, an oven, hob and built in fridge and a sink and tap. How much of it we will use I am not sure but the oak doors are worth it. We agreed to pay a deposit and went to a nearby town to get some money out. It was Fresnay and was another gem of a discovery 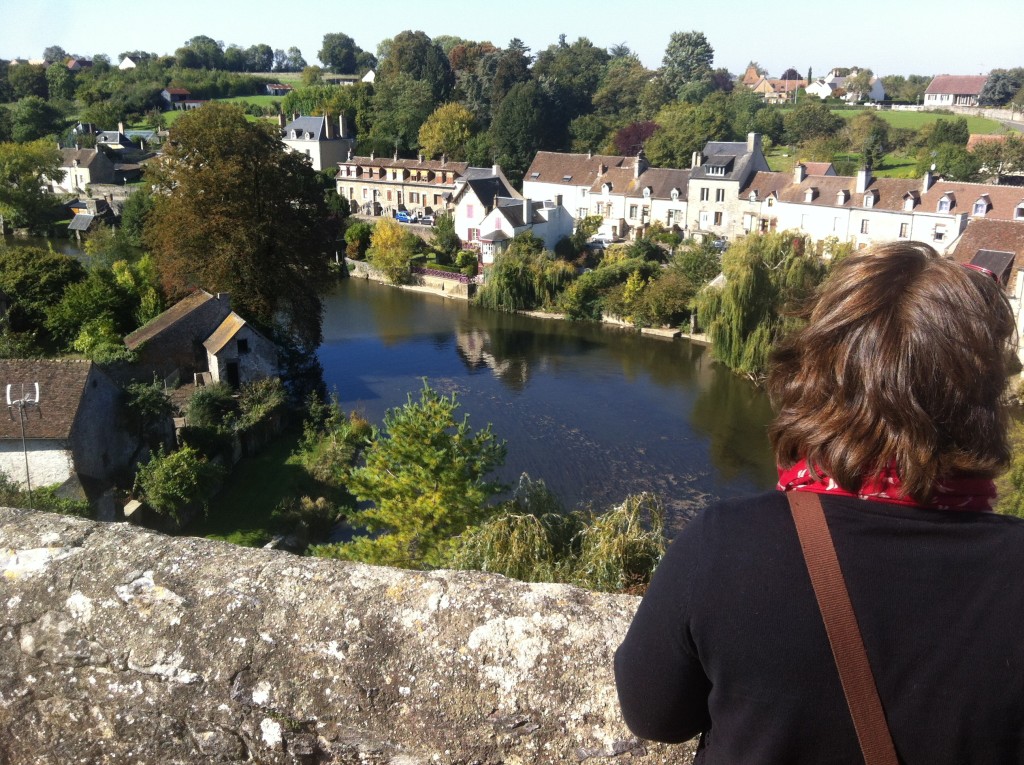 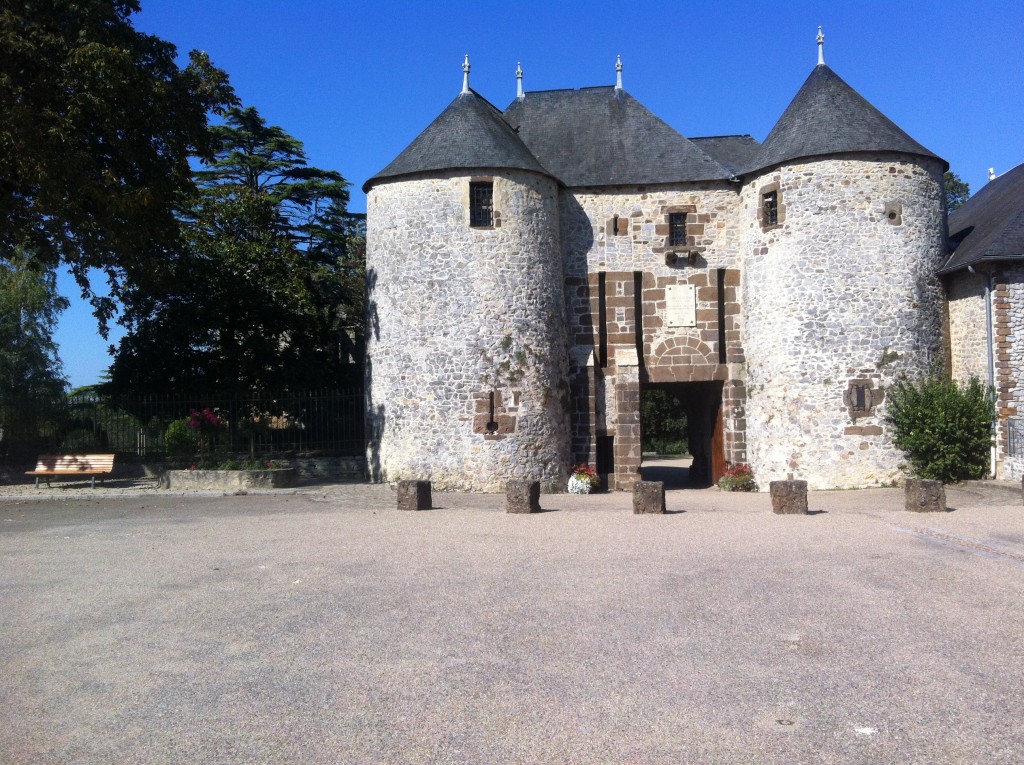 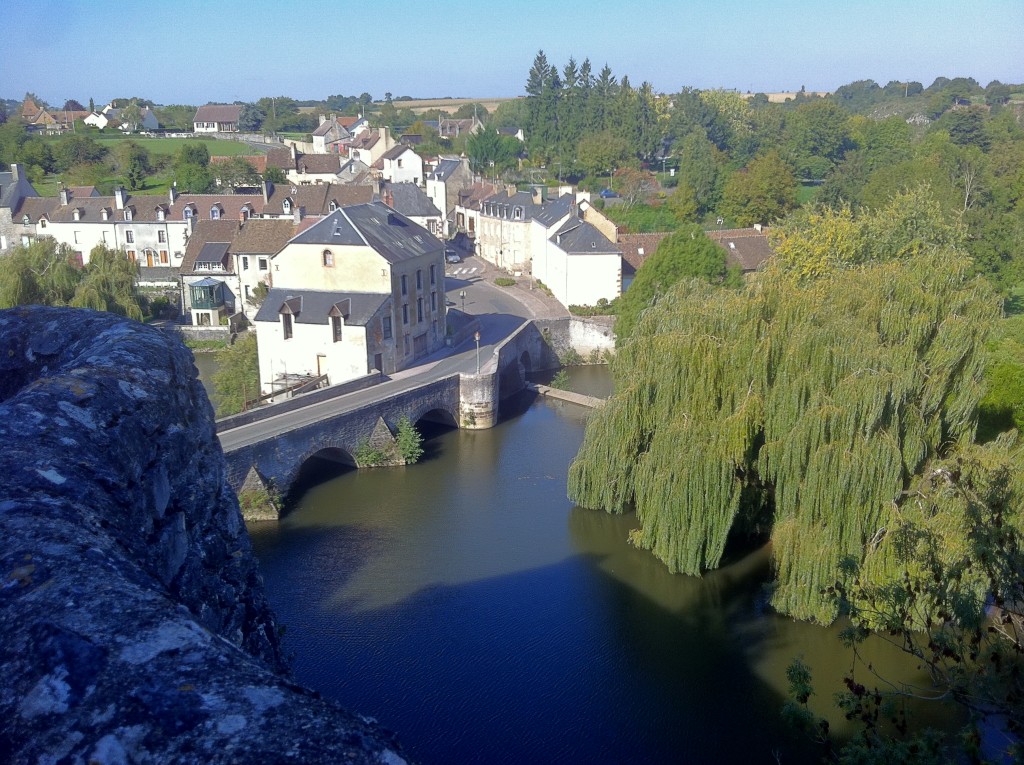 I had no intention of doing much work on my birthday so when we go back we got the sun loungers out and did a bit of basking. 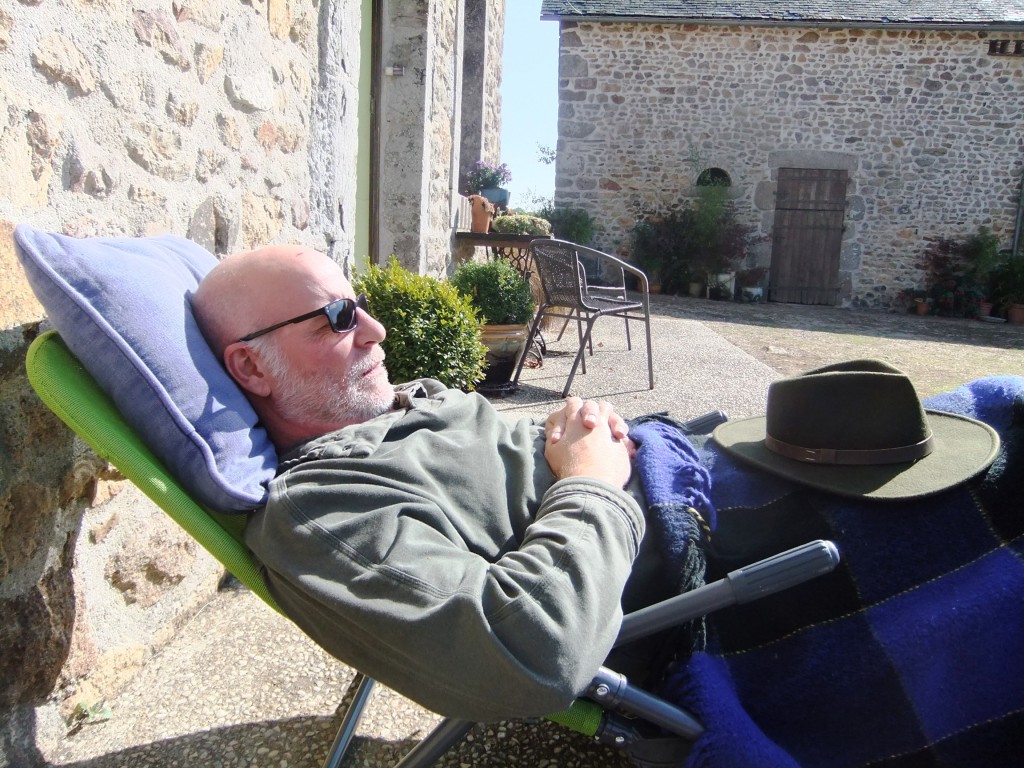 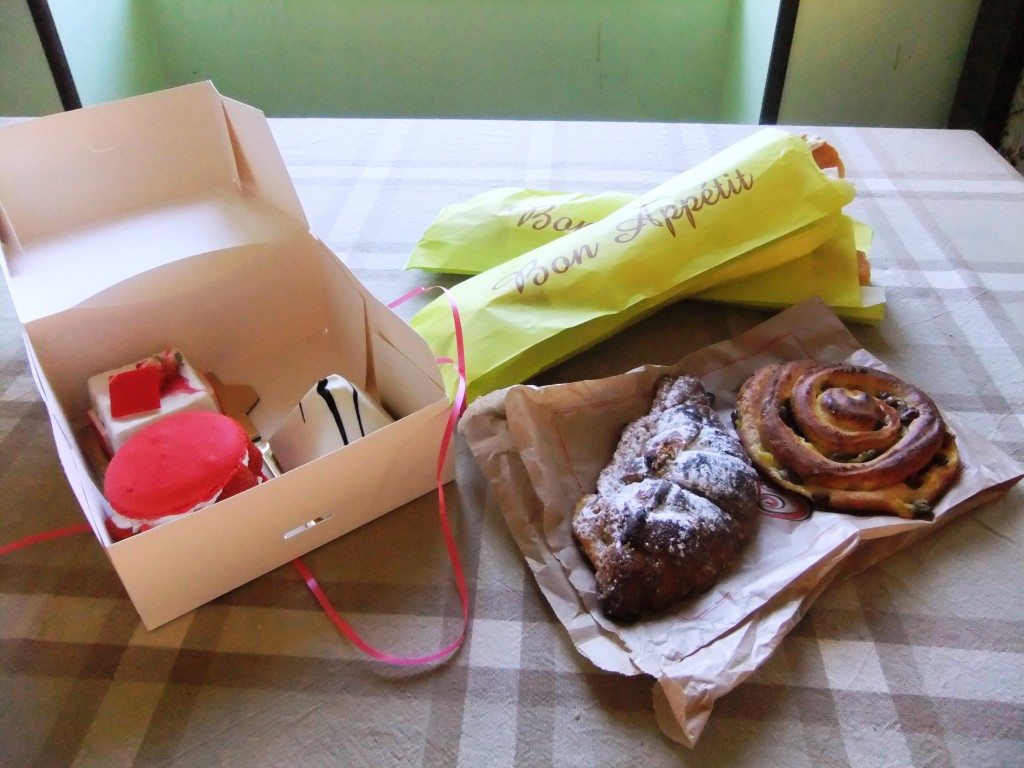 we decided we couldn’t be completely lazy all day so I got the new lawnmower out to give it a go. I quickly got the hang of it but we couldn’t work out why it kept stalling every time Julie used it. That was until we remembered there is a safety cut out if the pressure sensor in the seat is released. Julie’s legs are only small so when she pressed the brake she lifted out of the seat and the engine cut out! When we realised that, she could alter her balance and it worked fine. 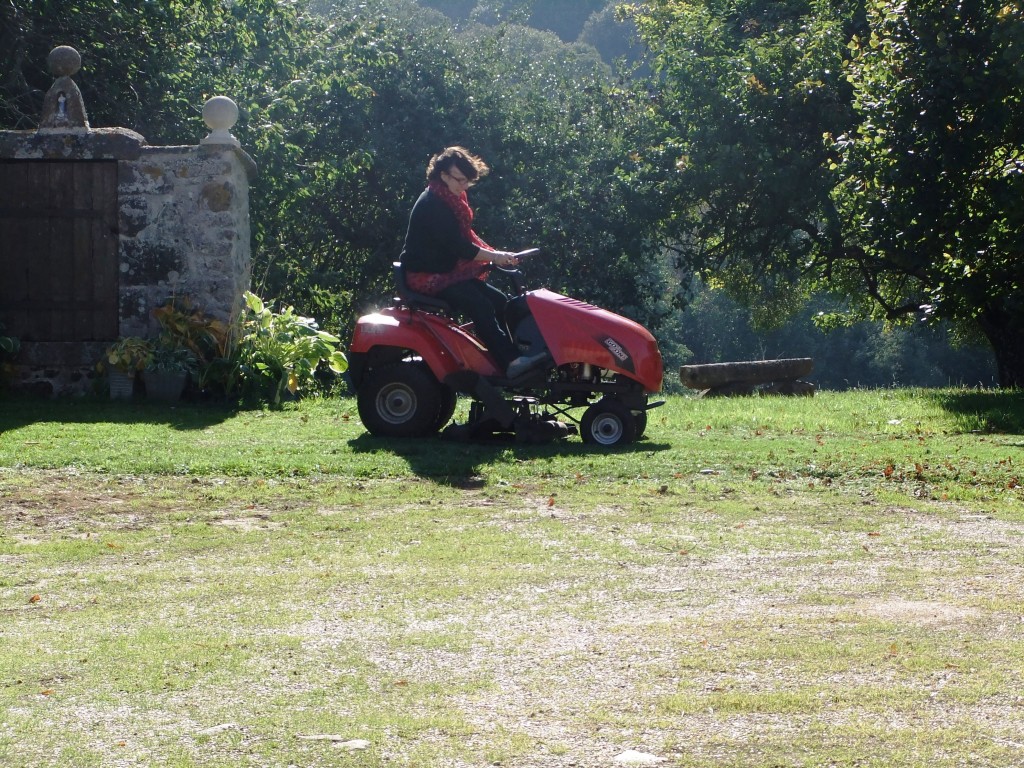 Having both had a go I mowed the lawns. 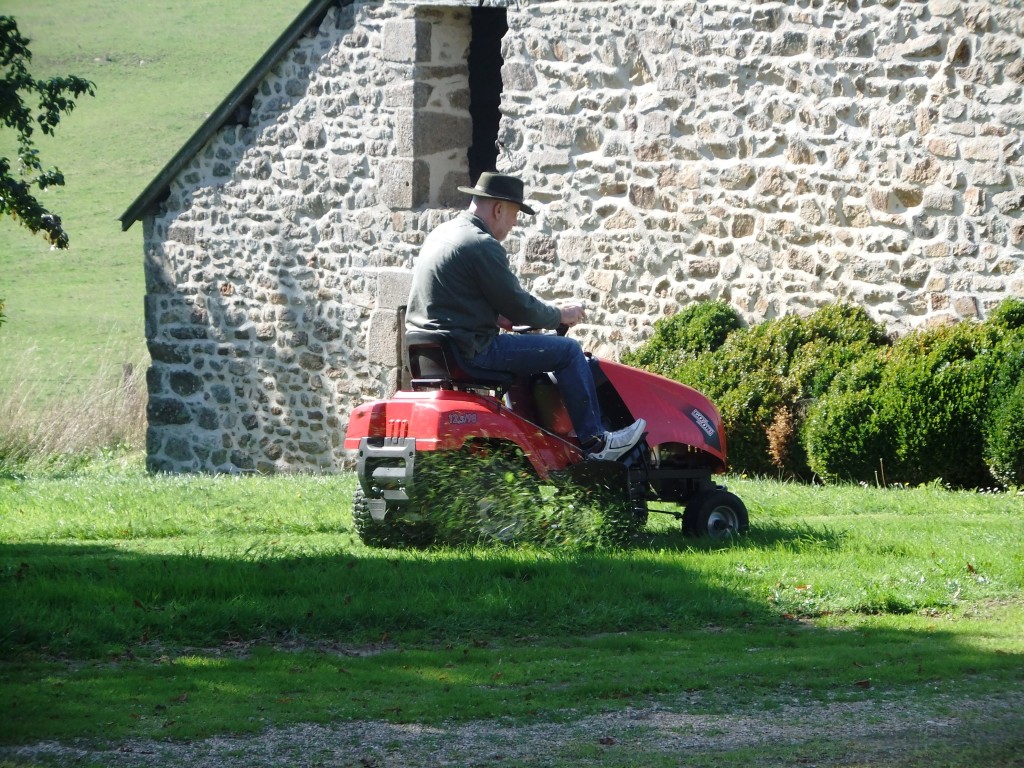 I love my new shed (1 third of the big barn) so I went in there to organise a few things. Each visit we sort more things out and it becomes more like home. I have so much space now it is a luxury. Especially when I compare it to my shed in England 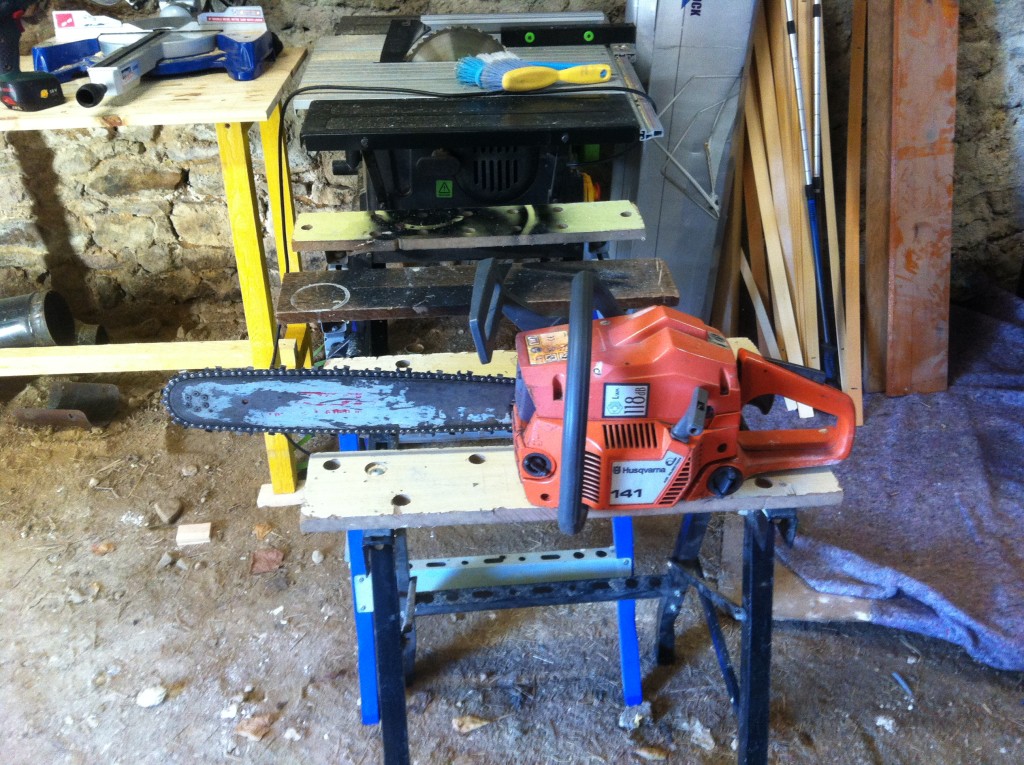 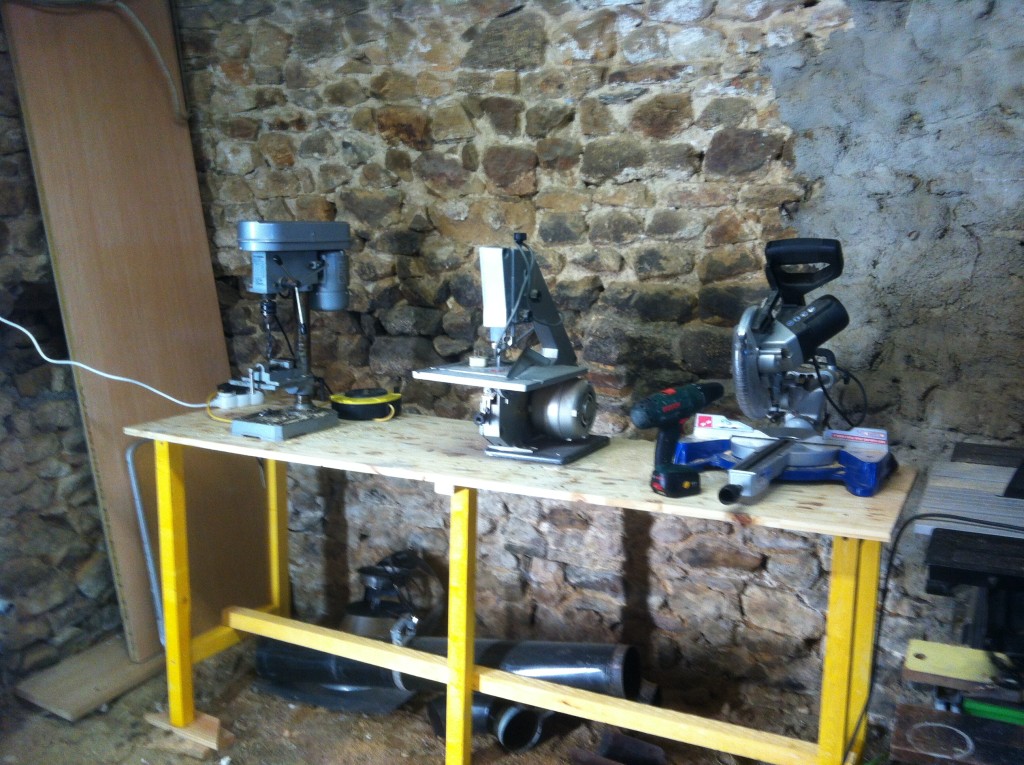 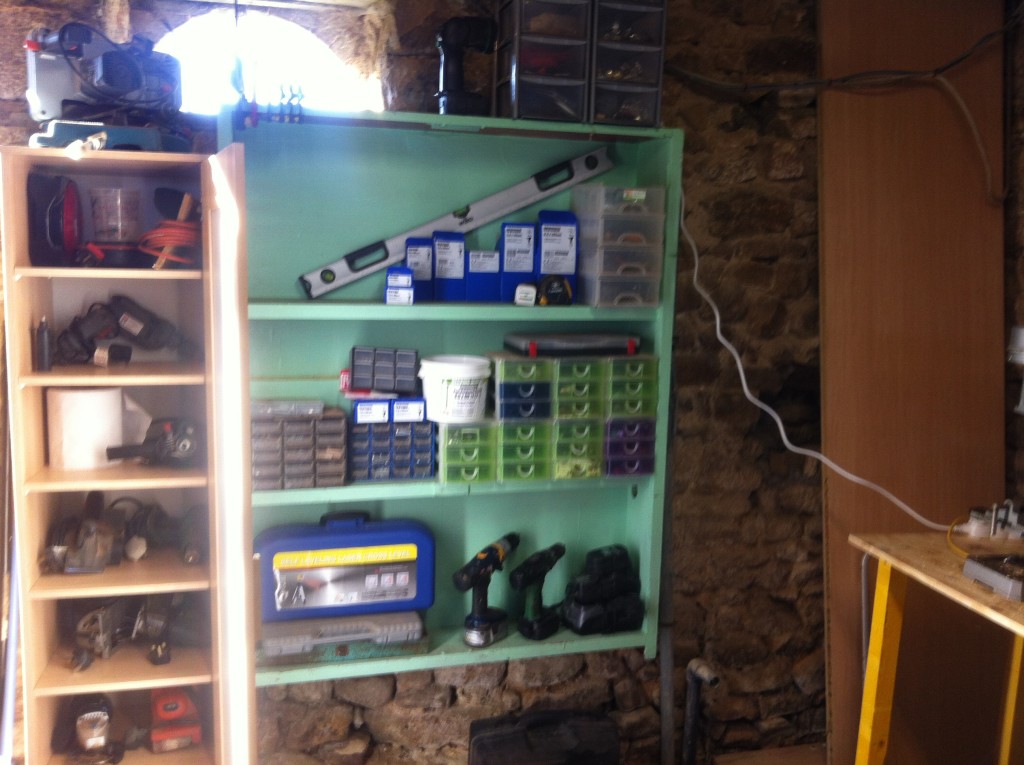 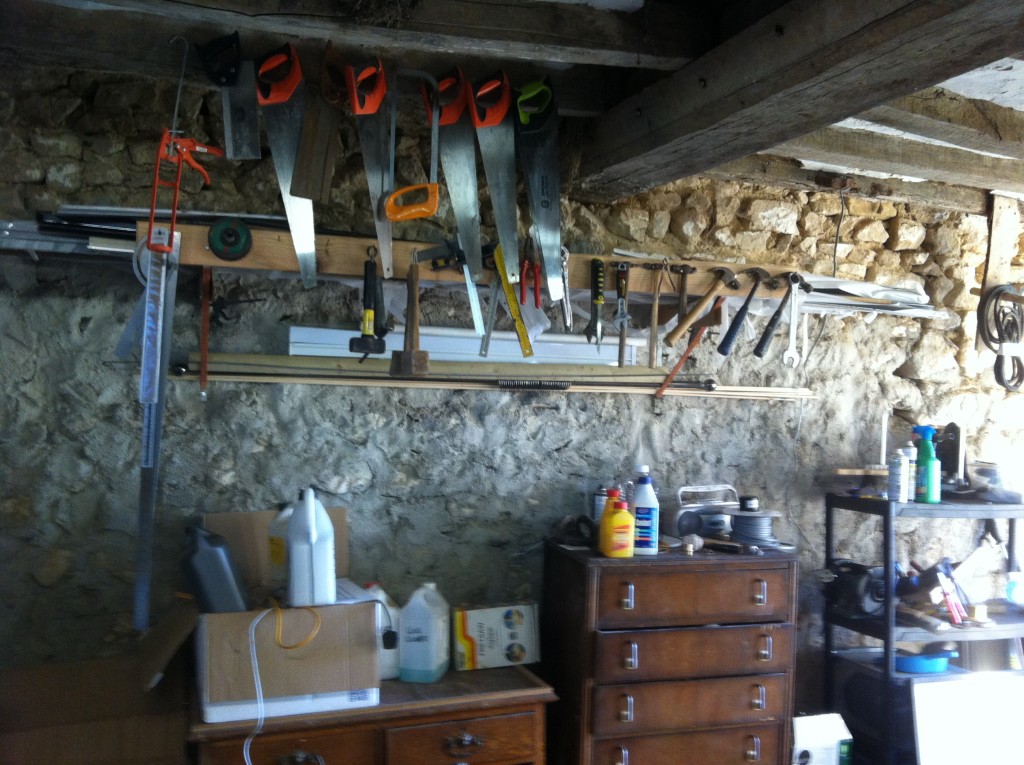 Eventually it was time to go home and on the way we stopped in Mayenne for something to eat. It was a nice experience sitting in the square watching a few people go past and the fountain. We watched a film later to round off a very enjoyable birthday. 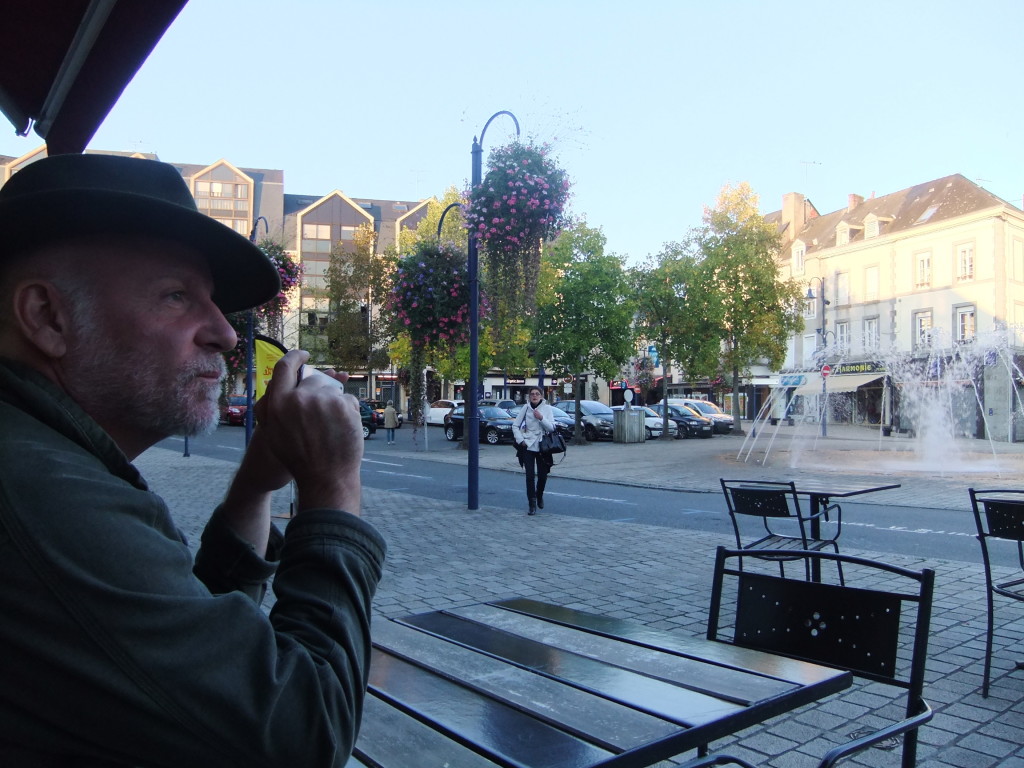 Oh and the chestnuts are nearly ready, we picked some from the floor around my own personal tree in the cow field behind the house. As we walked back to the house I saw 2555 in the field. She looked at me and I looked at her. We both knew something was going to happen. So I walked up to her and patted her nose. She stuck her tongue out at me and I gave her half a chestnut I hadn’t eaten yet. She didn’t say moo or anything. But we knew something special was between us, and she’d wished me happy birthday.