Friday trip to the house and some cleaning

Yesterday it rained all day and we did very little. But we planned a trip to our new house to clean it ready for the delivery of our furniture in early September. The vendors have been very kind allowing us access to the house while the purchase is going through. So we got up reasonably early and filled the trailer and car with cleaning stuff and some furniture we had been storing in the rented accommodation. We left the house before 9am and began our trip southwards. We thought we would buy some sandwiches on our way but seemed to stop at every village along the way and none of the boulangers sold sandwiches. We had also asked our landlord if we might borrow his vacuum cleaner for the day which he said he was happy for us to do but: His Henry the hoover was 20 years old and if it gave up the ghost while we were using it we would need to replace it. Well we had seen a vacuum cleaner in Aldi and thought we would try to buy one of these on our way – so we stopped at Aldi in Mayenne and they had just one in stock. It proved to be a little marvel and an excellent purchase so the right choice for us 🙂

As we got near to our destination we knew there was a Carrefour so we bought some bread and butter and salami there to do for lunch. The bread was still warm so I ate some with butter for breakfast. Julie had already had some croissants so she only had a little perhaps because it was irresistible!

The house was just as exciting to see when we got there at 11 am. A two hour journey for what should really have taken 45 minutes. But we set to. The kitchen still had an aroma of owls so it received our attention first. I cleaned out the fireplace where we had found the owls and Julie began knocking down cobwebs and shrieking at the sight of spiders. When the fireplace was clean I lit a fire in it to get rid of the last vestiges. With the floor swept Julie began mopping it while I moved on to cobweb and floor sweeping duty in the dining room. 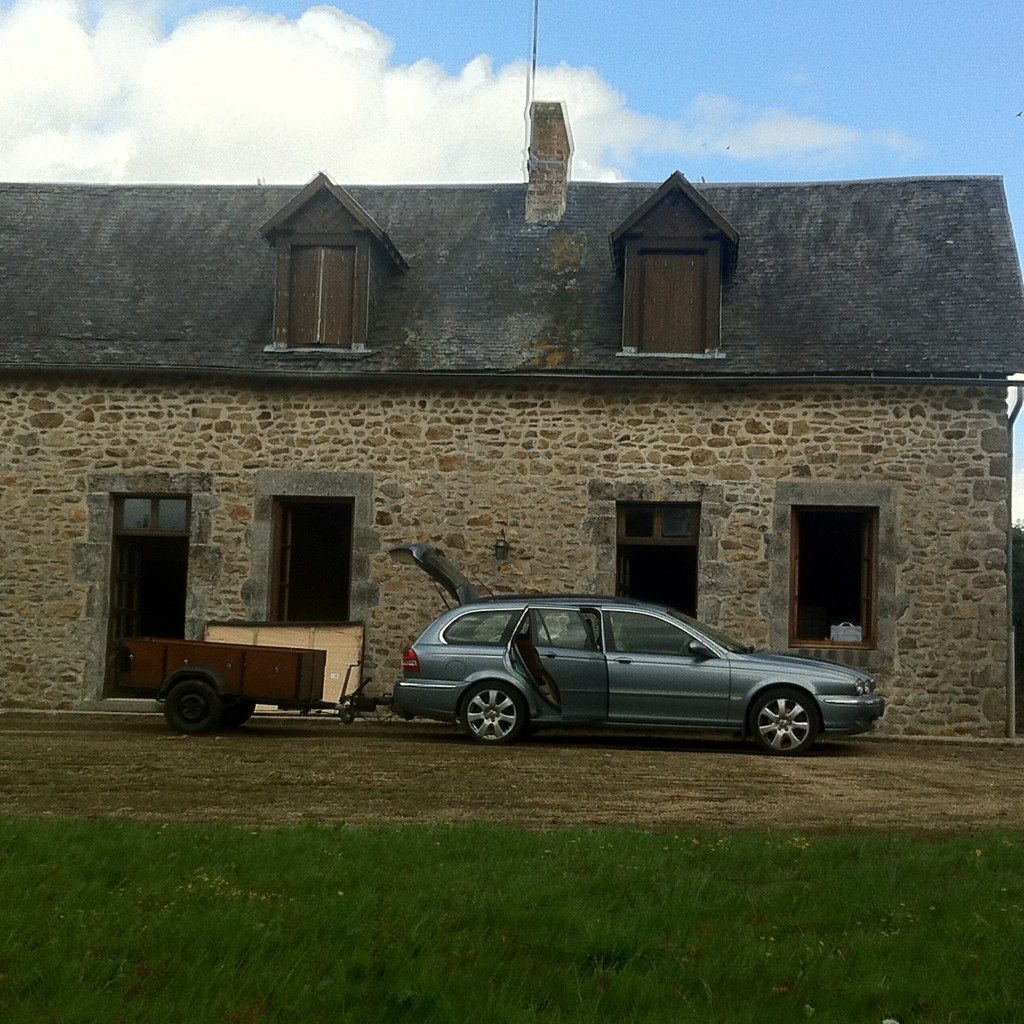 Oh I forgot, I spent the first few minutes trying to get the water turned on at the stop cock. I have been looking in the wrong place. When I finally lifted the correct concrete slab to reveal the tap I also revealed 4 toads in the hole. Sweet little things they were.

It was more of the same all day brushing, mopping, vacuuming washing etc. At the end the house began to smell much sweeter.

Of course we had come prepared as proper English people do. We brought the kettle with us and some tea bags. Julie had found a swing chair in Aldi that she liked so as usual we bought what we wanted. I hung it in the lime tree and we tried it out… 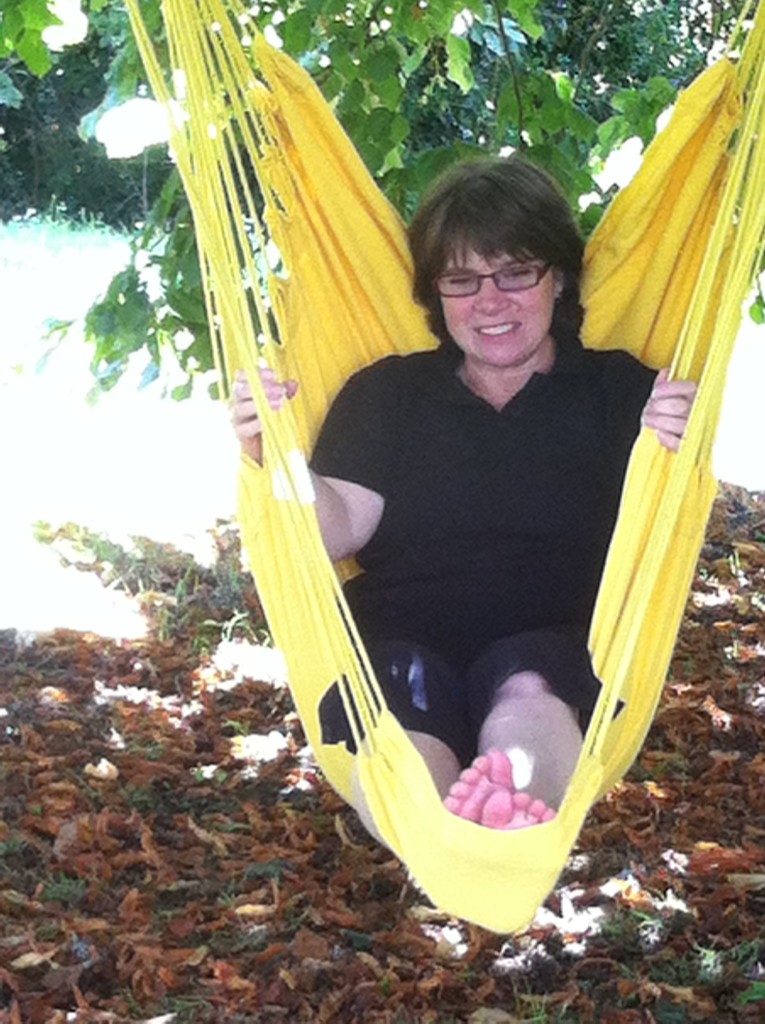 While we worked outside kept beckoning me…. 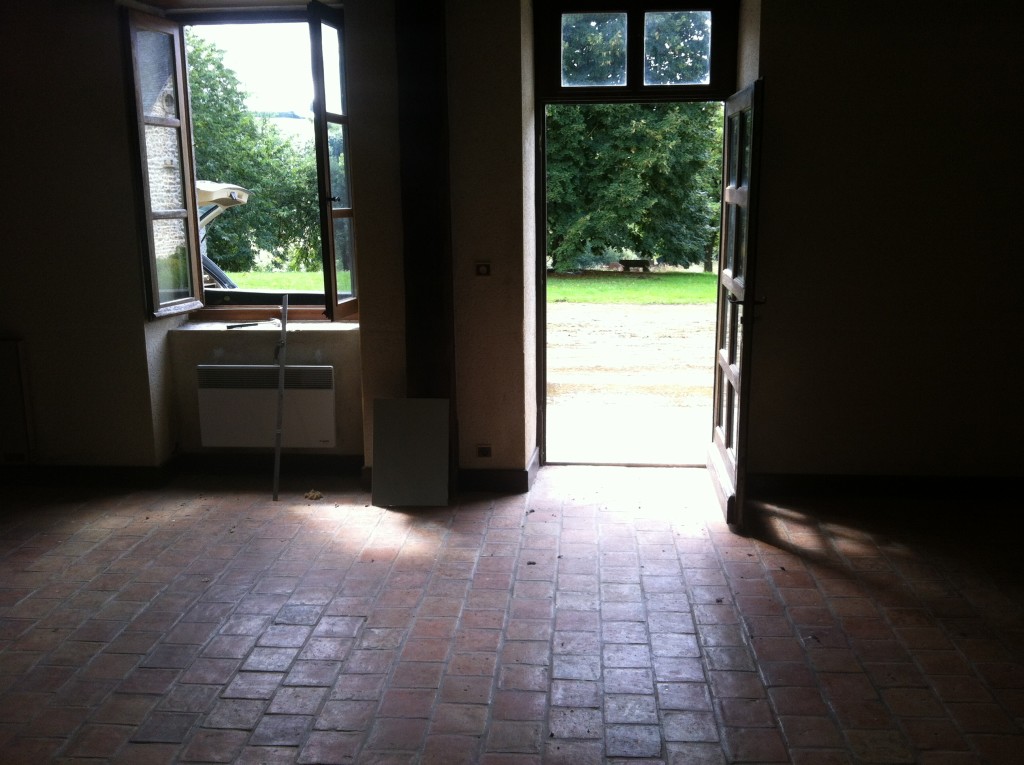 Eventually we gave in and had a walk around the “estate”. We still love it. The grapes are ripening, the pears are bending the boughs of the trees and the ubiquitous blackberries are just as beautiful for all they are commonplace. 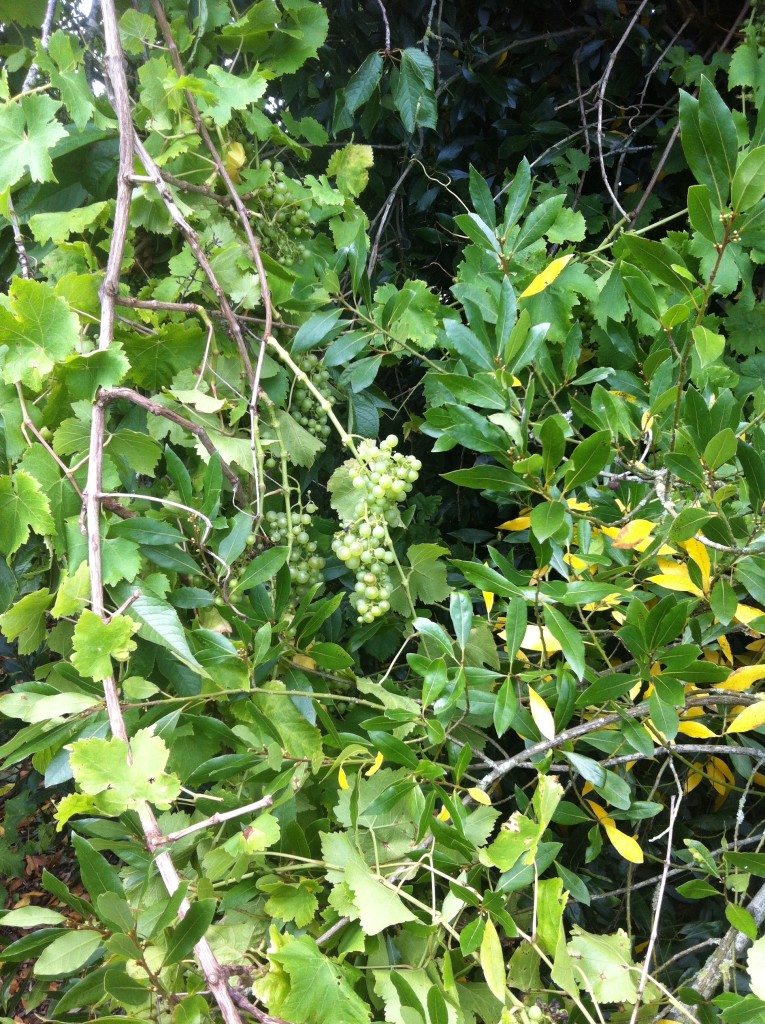 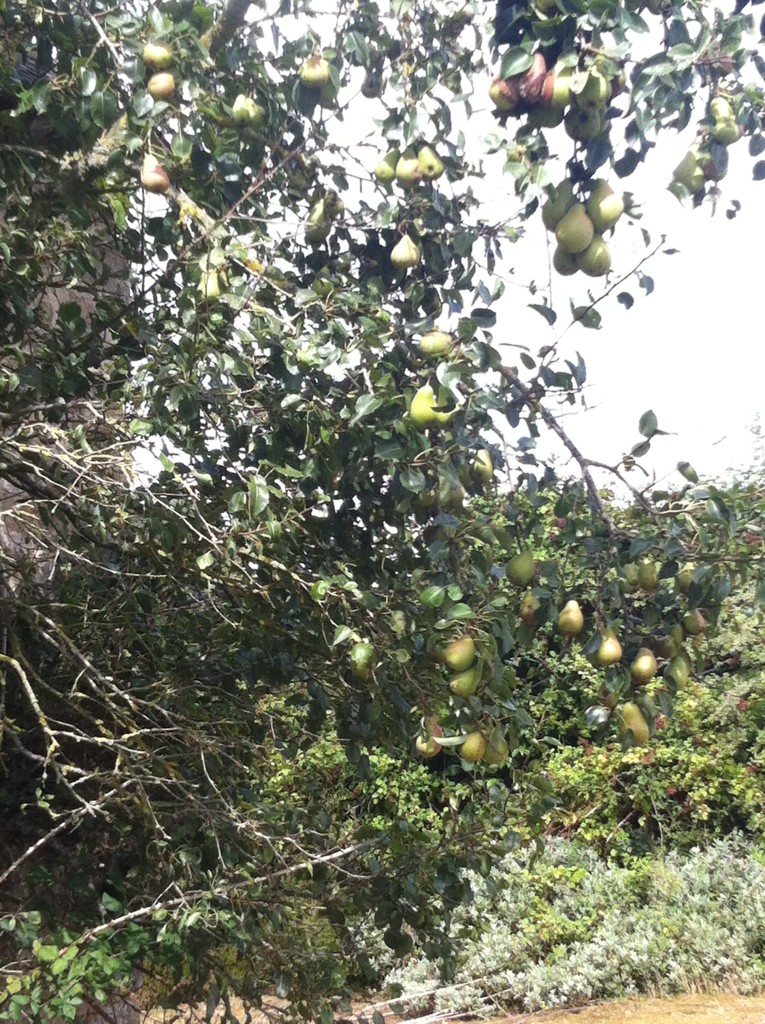 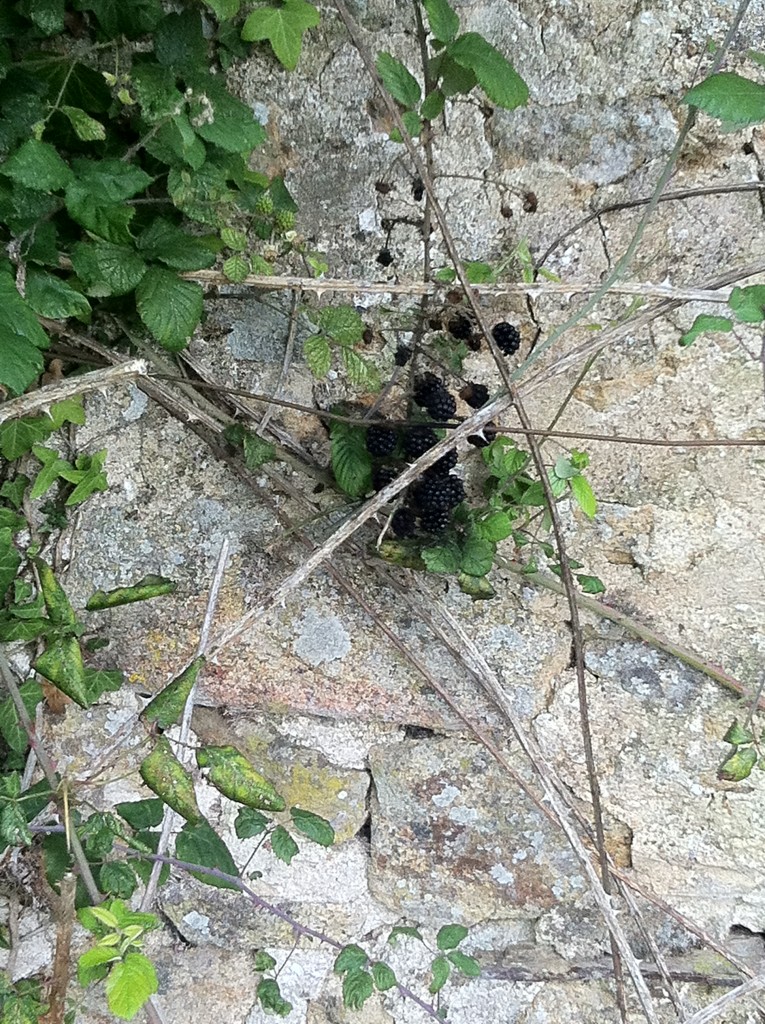 Unphotographed but still a joy are the almonds and the apples. We are so lucky.

While I was cleaning the dining room I had to call Julie as a hummingbird hawk moth had flown in to have a look around.

Later on I decided our family crest at the house would be a shield with three wagtails on it as three came to perch on the top of the house in the late afternoon.

We really are lucky. It was a full and tiring day but confirmation we are doing the right thing.