We continue to have a mixture of weather – lots of strong winds and rain from the west, a cold blast from the north and the other day, warmer winds coming up from the south.  Whichever way the wind blows, we need to keep warm and last weekend we had another delivery of bois de chauffage – another 6 stères of it…. 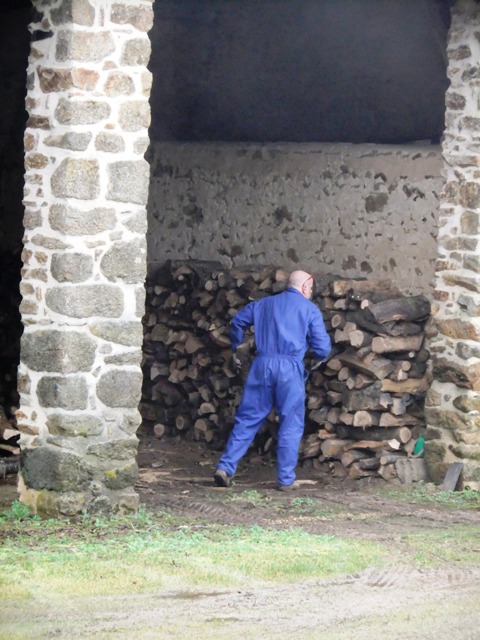 As usual, Edward did a great job of stacking it all in the small barn… 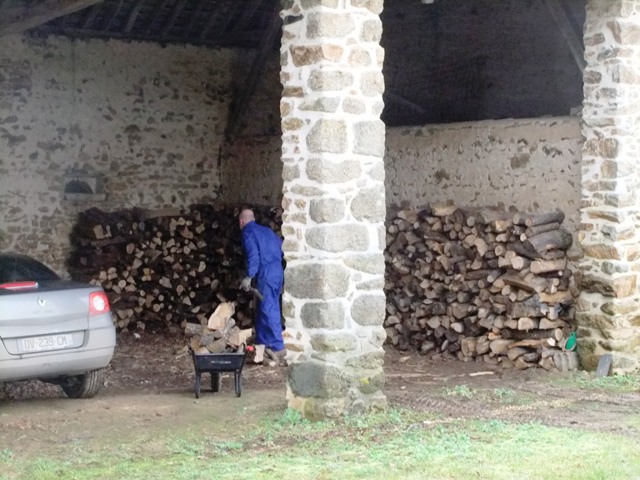 It’s hard to believe we’ve burnt this amount since November!!

Working up a sweat

While Edward was setting up the satellite equipment for the internet and as it was a dry day, I thought I’d make a small border around the well… Seemed like a good place to start….. 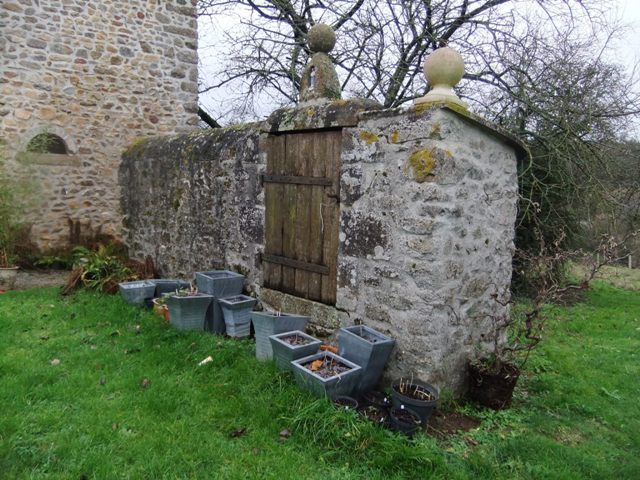 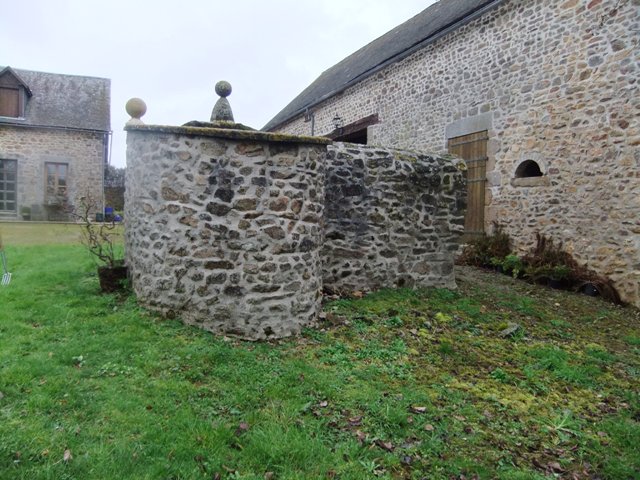 Of course, I hadn’t banked on there being a tonne of stones under the surface….. 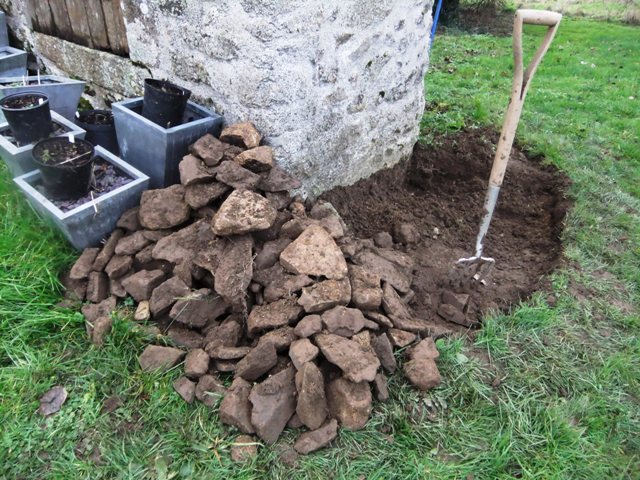 There are more stones than soil and I’ve only dug out a couple of feet! 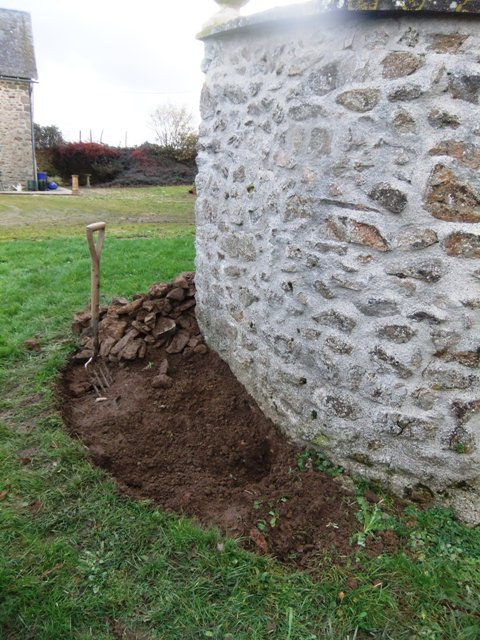 In the end I ran out of steam, so I’ll have to come back to it when I’ve built up more muscles!!  So far I have healed-in a contorted hazel bush, which will be the focus of this little border.  As it curves around the well, I thought it could lead up to the area behind the well wall, which I think will be a nice suntrap in the summer.  A row of bamboo along the barn-side would add some privacy.  That’s just an idea – it seems to be very stony all around the well – it looks like they built it and left all the remaining stones where they fell and covered them with soil!  Anyway, next time we get some decent weather, I’ll have another go at preparing the border.  It would be nice to get some of the plants we brought over from England in the ground.

Just before starting another day of sewing and DIY, I had a little walk around the garden to see what’s happening….

The window boxes and pots I planted up when we first arrived have been a picture – the polyanthus have been flowering since well before Christmas.  I bought them a couple of years ago as they’d been reduced in Homebase – they caught my eye because they were so pretty but then realised I had to have them because they were called ‘Stella’ – my grandmother’s name!  Each year I’ve been able to split them, so now I have three times as many as I started with…. 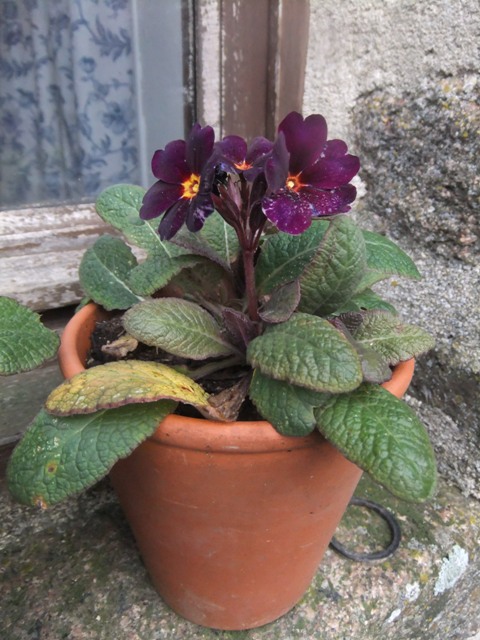 At the side of the house, leading up to the cow field behind the big barn, we have a large camellia – I’ve been dying to see what colour it will be and now I know! 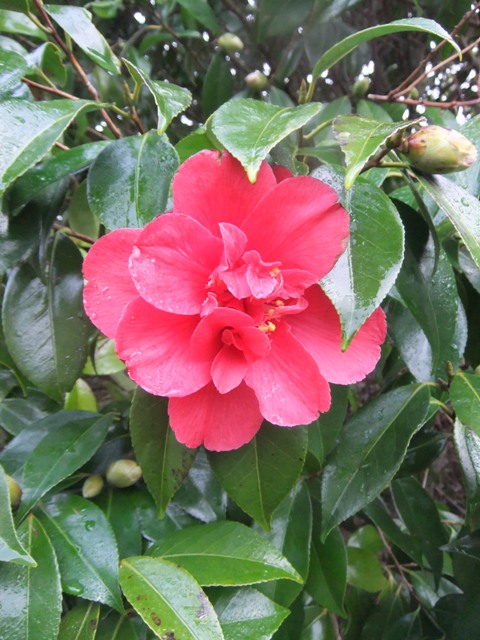 The urn we planted up in the middle of the courtyard is also looking well, with the heathers now in full flower… 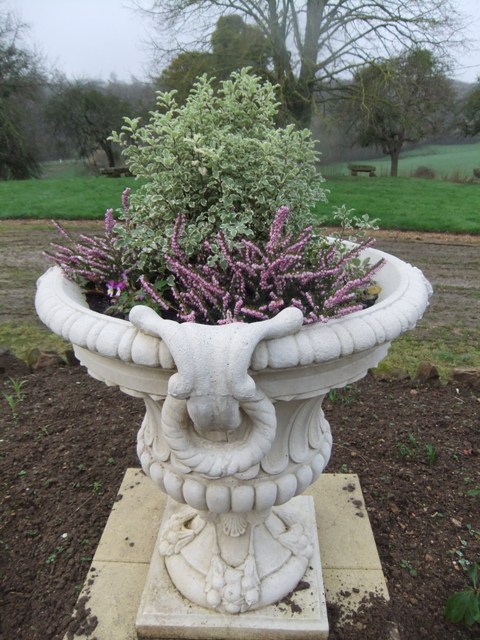 The bulbs I planted in the border around the urn are all coming through now too, so it’s going to look a picture when they are all in flower.  When it’s a nice day and we can see the blooms, it feels like spring isn’t so far away now!

A little while ago, I bought a bag of shallots with the intention of making some pickled onions.  However, as I always seem to be busy doing something or other around the house, I kept forgetting about them – in the end, Edward prepared them all for me and all I had to do was make the pickling vinegar!

In six week’s time, hopefully we’ll be able to tuck into them…..♥ 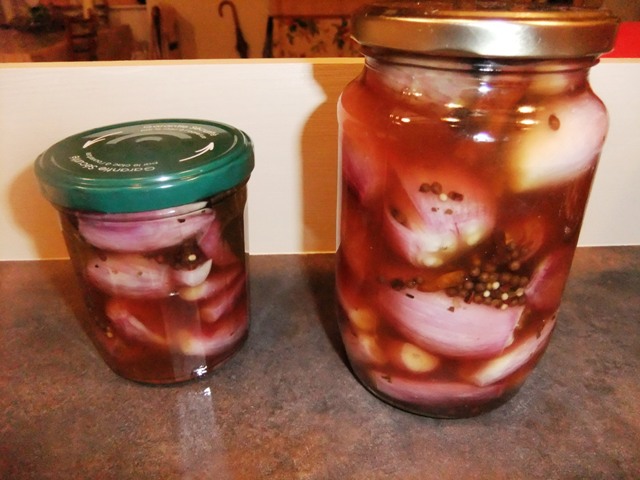