Making new friends, a trip to the coast and a DIY outing!

We forgot that it was a major bank holiday weekend in France!  We’d arranged to meet Rick, over near St James, to see a table he had for sale.  As it was quite a way over towards the coast, we thought we’d combine the trip with a visit to Cancale….

About an hour’s drive and we found Rick’s lovely 17th century home – he called to us from his veranda and invited us in – it was like walking into a medieval set – huge fire place and the smell of wood smoke, comfortable furniture and a beautiful armoire completed the scene.  The table was French (apparently came with the armoire) but was excess to Rick’s requirements.  Sadly, it lacked the extending leaf, and so it was unsuitable for us, much as we liked it.  Instead we had an entertaining chat with Rick – we both felt we could have talked with him for hours and we hope that we may be able to keep in touch.  Rick is a poet and writer, so it was good to link up with another creative……

On to Cancale, which was actually further away than we had realised.  Things didn’t bode well when we drove onto the motorway that took us to our destination (and beyond into Brittany)…..  Motor homes and caravans as far as the eye could see – Dad would have loved it!!  Perhaps we should have turned back at that point, but we soldiered on….

Off the motorway, it seemed like every other car, van, motor home, etc. had the same idea and we ended up in a very slow moving convoy of traffic, winding it’s way through small villages with thatched cottages and coastal hamlets…

Once we were in sight of the sea, it looked very picturesque but there were very few places to park as it was so busy.. 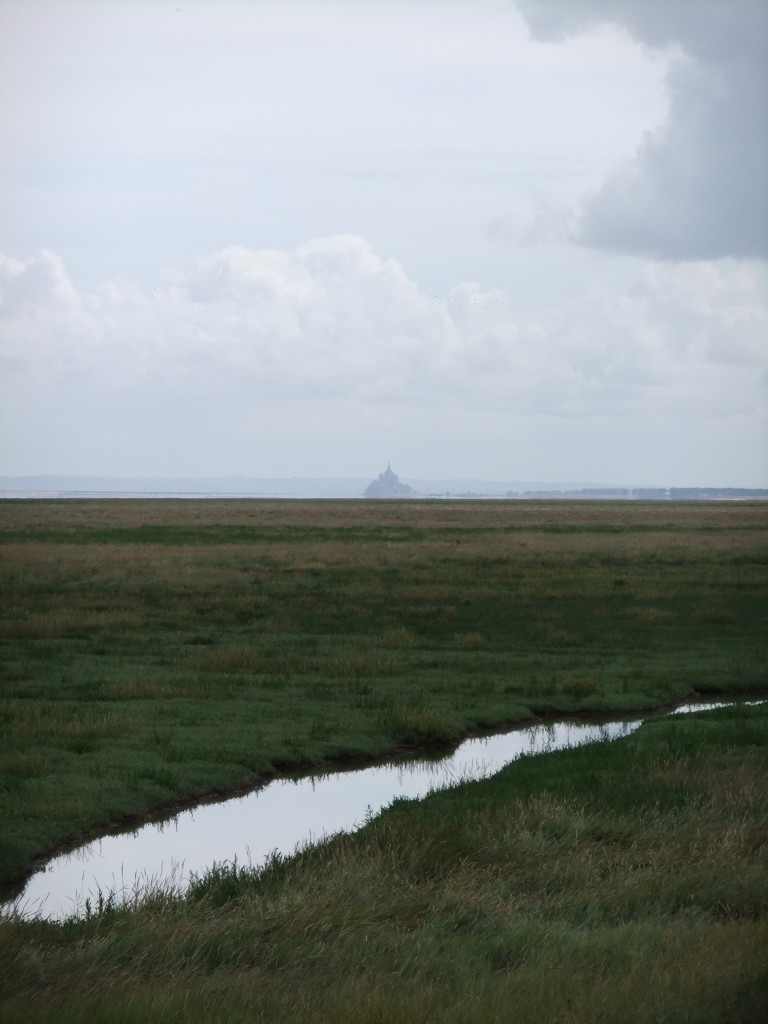 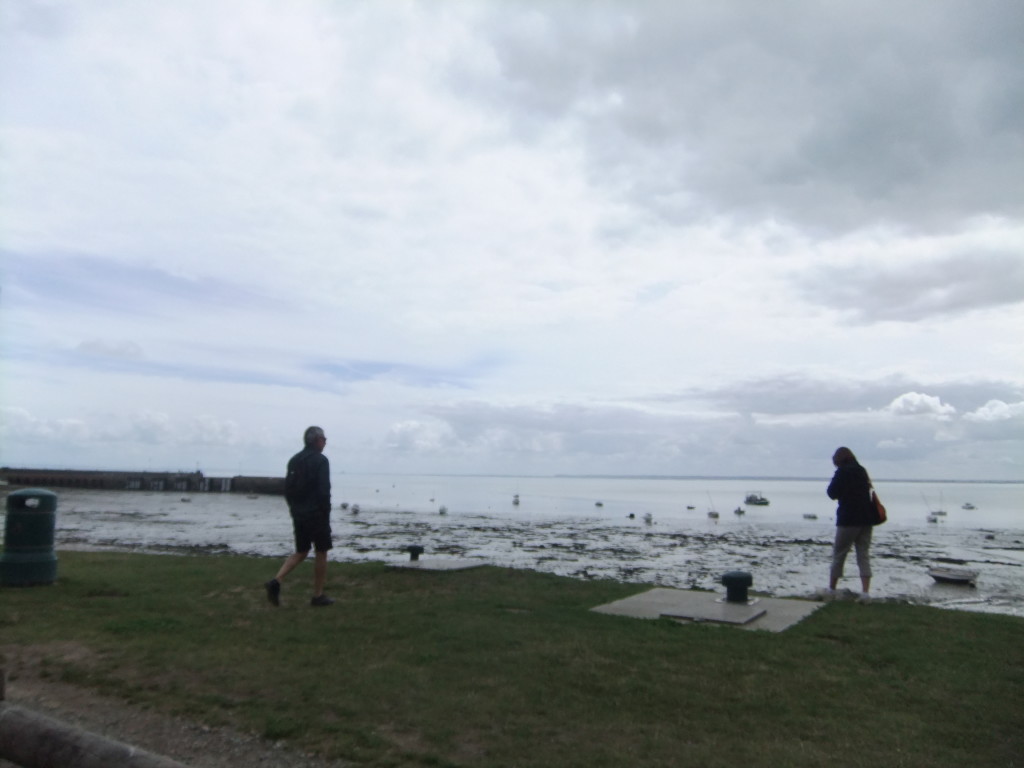 A brief stop to take a couple of pictures then onward into the mêlée…. In standing traffic, we questioned our actions but felt we’d come too far to turn back now, and anyway, it looked like the traffic was free flowing again further along….

How wrong could we be?   One of the coastal villages was holding a ‘Vide Grenier’, similar to a boot fair….  there was nowhere to park anywhere, hoards of people were milling about and you needed eyes in the back of your head as motorbikes overtook on junctions…..

Finally, after what seemed an age, we reached Cancale.  Still in convoy, there was nowhere to stop to take in the stunning views, never mind take photos…  Roadside cafés and restaurants looked inviting but were out of reached as we wound our way relentlessly through the picturesque town.  I managed to snap a couple of shots of the harbour from the car window… not really worth publishing, but you can get the gist….. 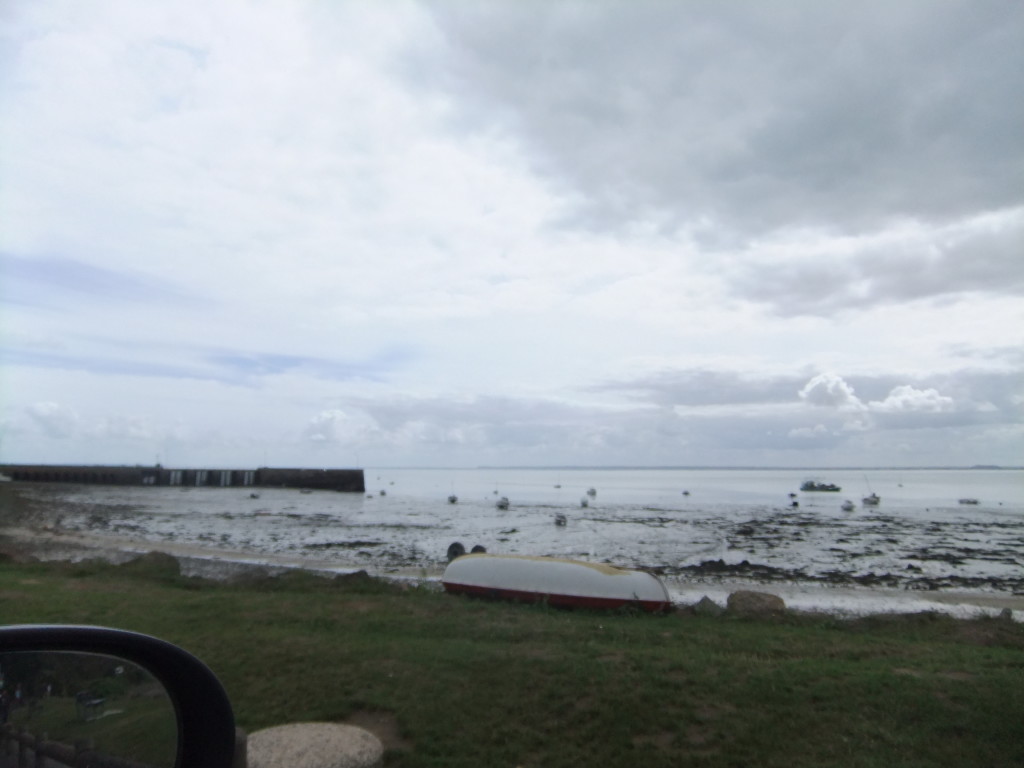 Further into the town it became even busier, if that was possible, and then we realised there was a huge market in full swing – nightmare!!

Around 2pm, we finally found somewhere to stop and have a bite to eat, back on the coastal road, so with a view of the sea.  It was still warm enough to eat outside (just as well as inside was full!).  We plumped for Moules et Frites – delicious!

We had a full pan of Moules each! 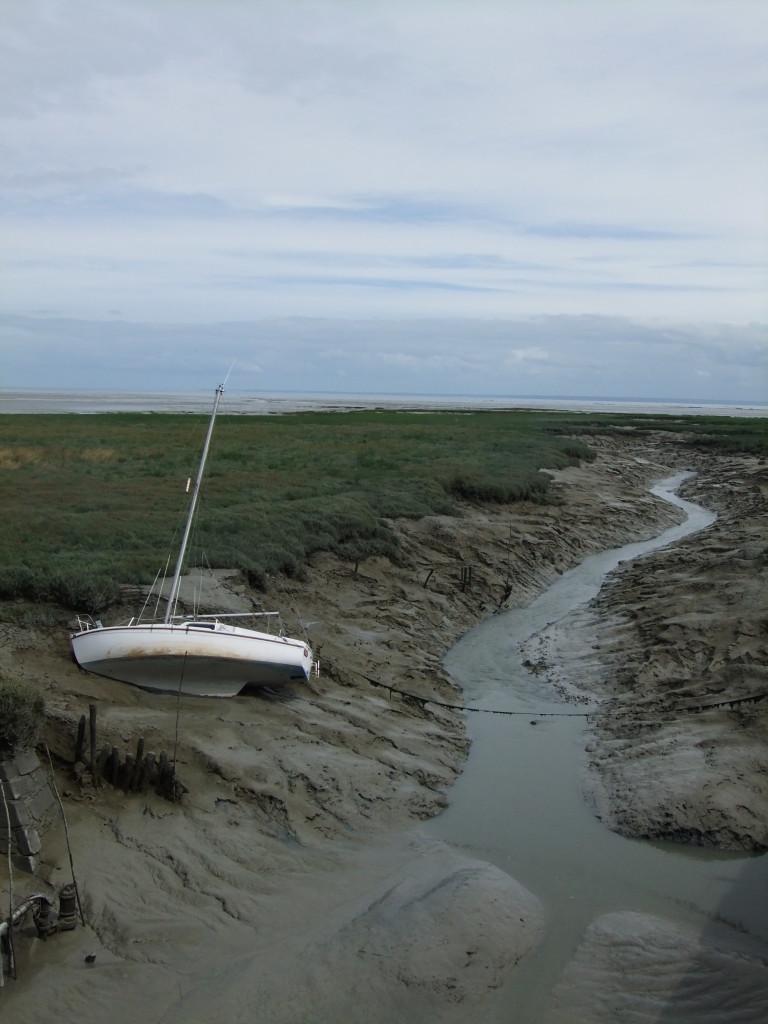 The view just over the road from the restaurant

The rest of the journey home was uneventful, although we did stop for 40 winks in a layby – all those Moules had made us sleepy!  Then back home to the cosy wood burner and a film:0)

Today we met up again with Amanda.  We had arranged to go with her to Laval where there is a DIY shop she recommended to us.  Amanda was looking for some bathroom tiles and we just wanted to have a look at what was on offer…

It was a lovely drive out – lots of straight Roman roads, this time not full of traffic, although we did get caught by a load of cyclists who were taking part in the Brest – Paris – Brest cycle ride (a mere 1200 km…).  We’d actually stopped at Gorron for some croissants, which we’d planned to take to Amanda’s for breakfast, but the cyclists had cleaned out the bakery!

The DIY shop – Leroy Merlin – was a revelation!  It was a little like B&Q but better – it had so many things we could make use of in our new house… kitchen – units, worktops, sinks, etc.; bathroom furniture and accessories; kits for making shutters for outside the house windows; internal and external doors; spiral staircases (might come in handy!)… Paint seemed extremely expensive but most other things we were interested in were very reasonable.  Edward has applied for a store card.  Next time we go in, we get 5% off anything we want and because we are moving house, we can pick any other time to get 10% off.  Plus, we can borrow one of their vans for an hour for free!  We now need to see if there is one near our new home…. 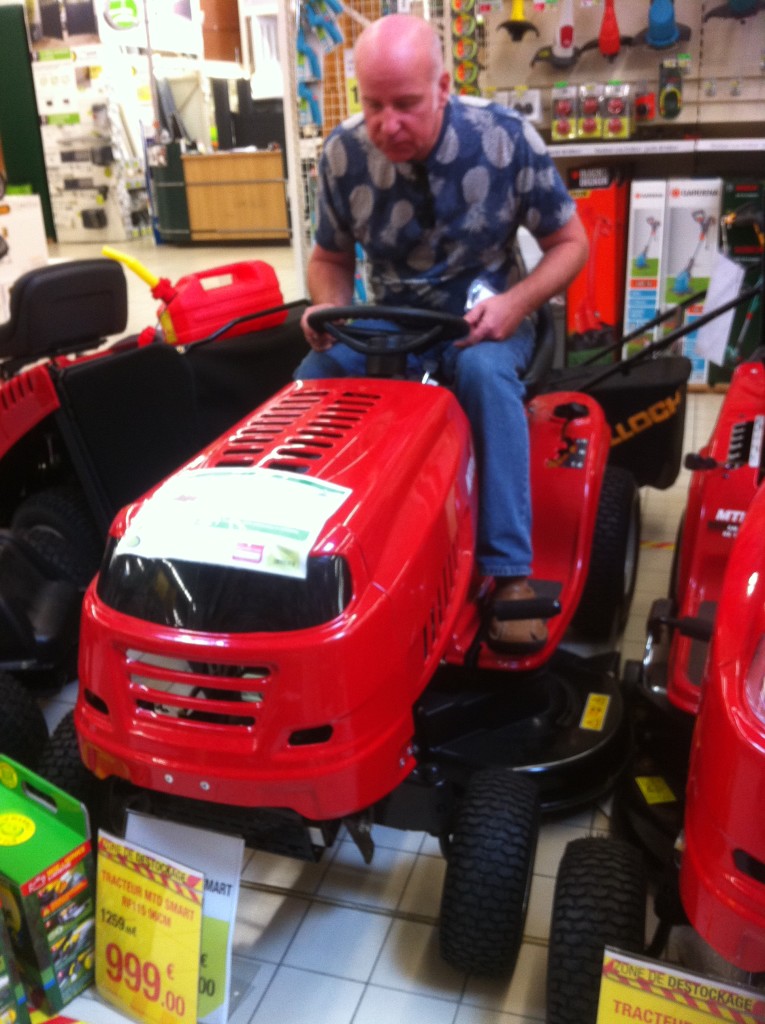 I thought Edward was going to be driving one of these home….

Back at Amanda’s we had a welcome cup of tea and chatted some more before heading home – unbelievably, we’d been out for more than 8 hours!

Back at the ranch, it was feeding time for the cats.  Mouse turned up late looking like Raggety Anne – dead leaves stuck to her tail and she was covered in ‘bobbies buttons’ (cleavers) – picking her up, she felt like one big sticky ball!  Took ages to pick them all off her, she must have walked through an entire patch… and she whinged all the while… happy days!  ♥ 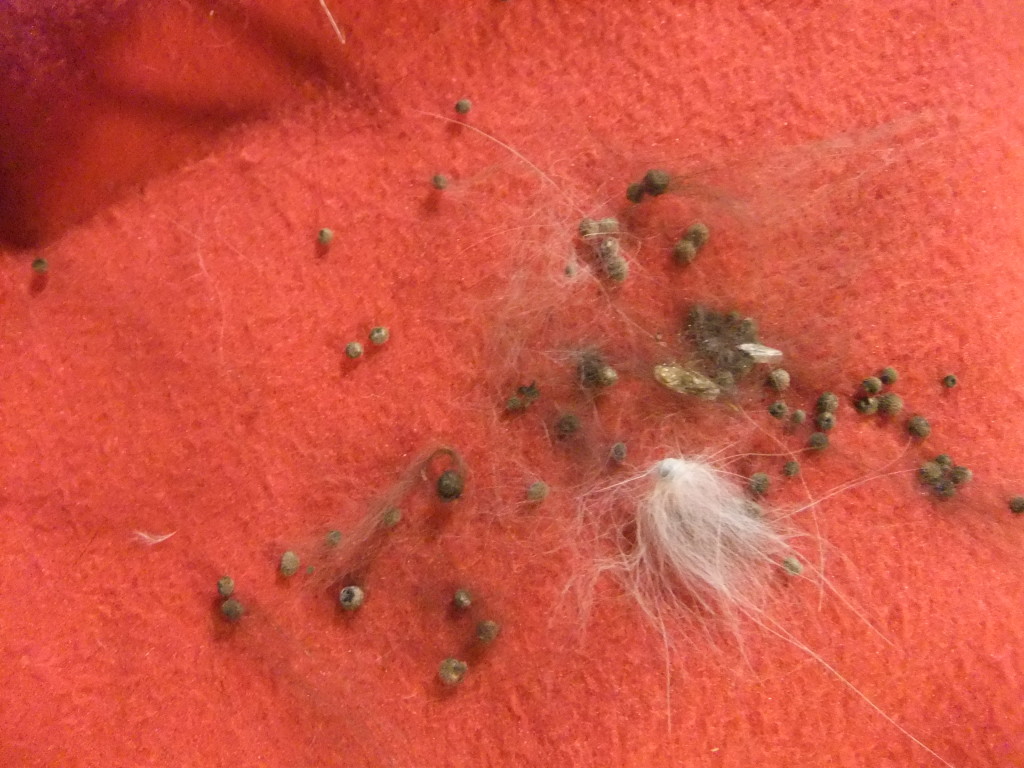