Its a small thing to make but it seems to have taken me ages! We decided how we wanted to arrange the kitchen a long time ago so I knew a plate rack was part of it. But maybe I was reluctant to start this task as I didn’t begin it till last week.

Not being very good at drawing up plans I imagined what I wanted and began work. I’m not patient enough for making detailed plans 🙂 So I made a few measurements and cut some wood and drilled holes 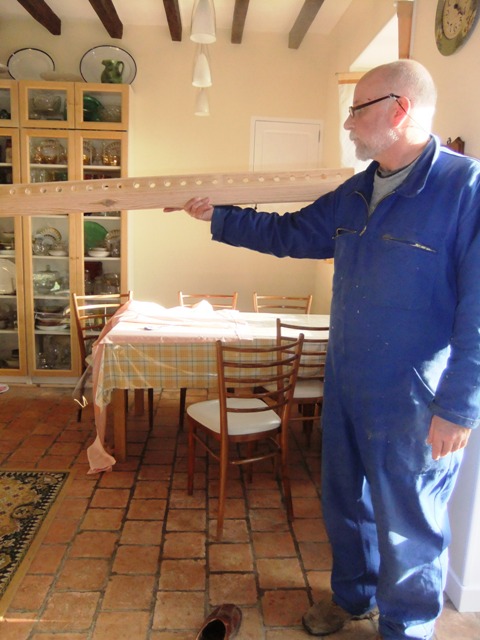 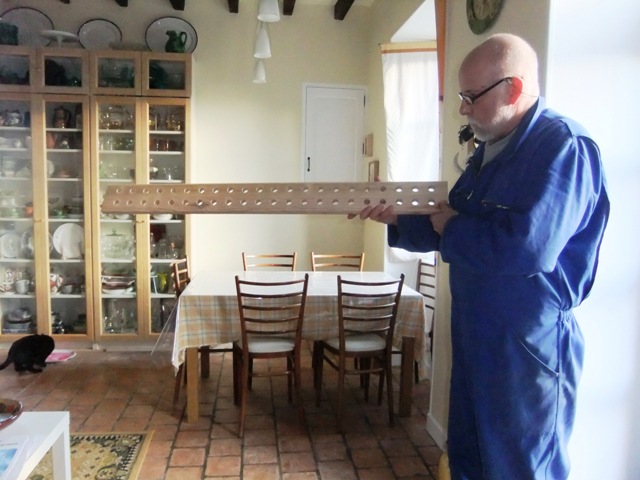 Boring work in more ways than one, I first drilled a row of 21 holes then another row of 21 holes. Then I cut the piece of wood into two between the two rows of holes then cut each piece straight down the middle of those holes to make the cup in which the plates would sit. Then I drilled each of the four pieces 21 times to make holes for the dowel to fit which would separate the plates….

I made the frame into which the plate holders would sit a fitted the outside supports. 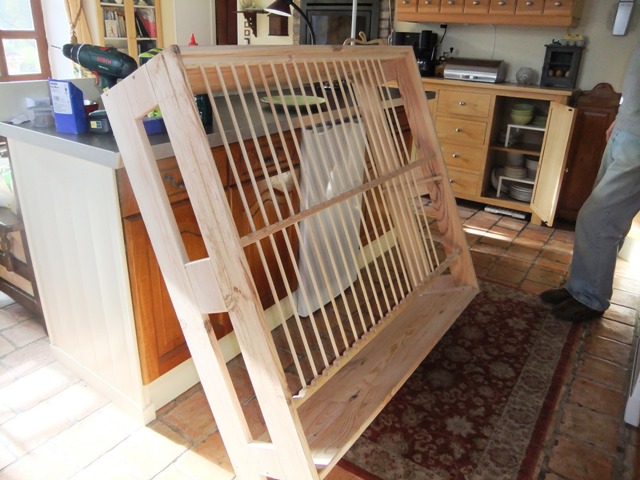 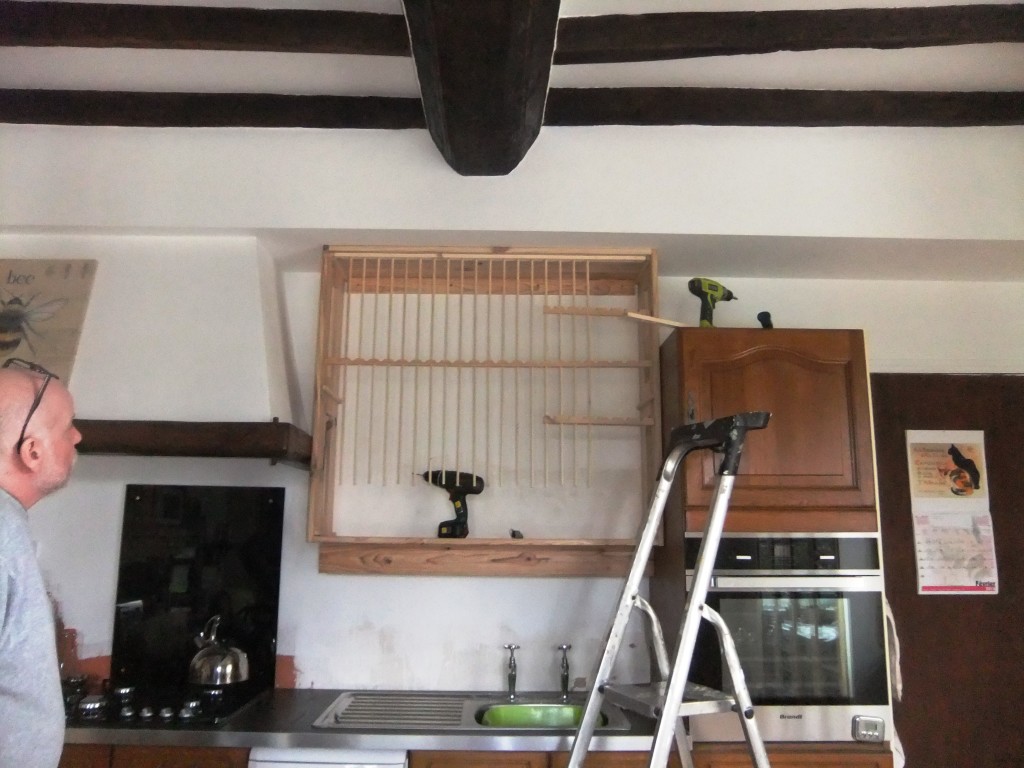 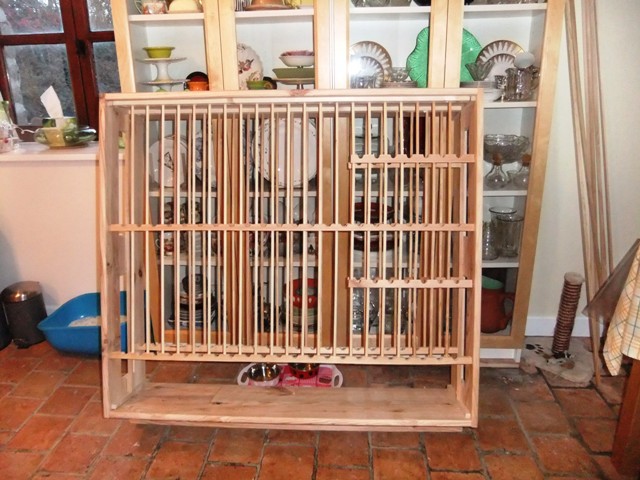 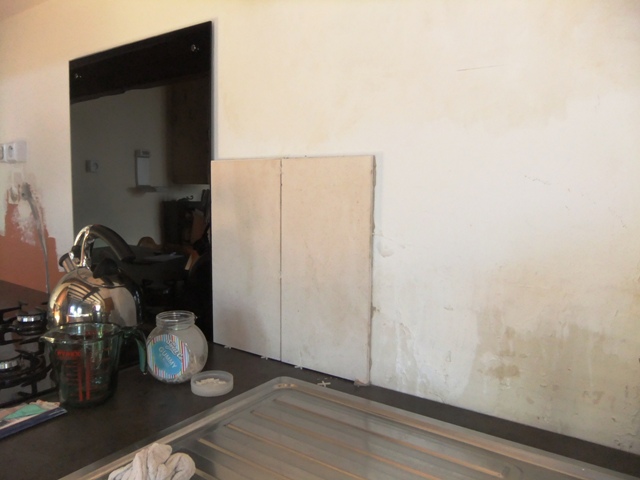 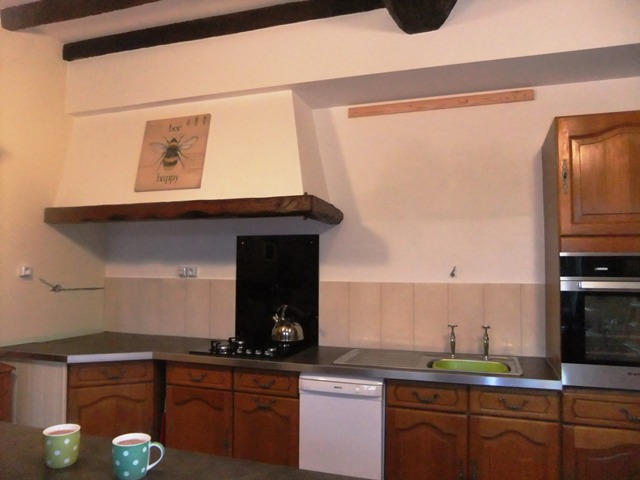 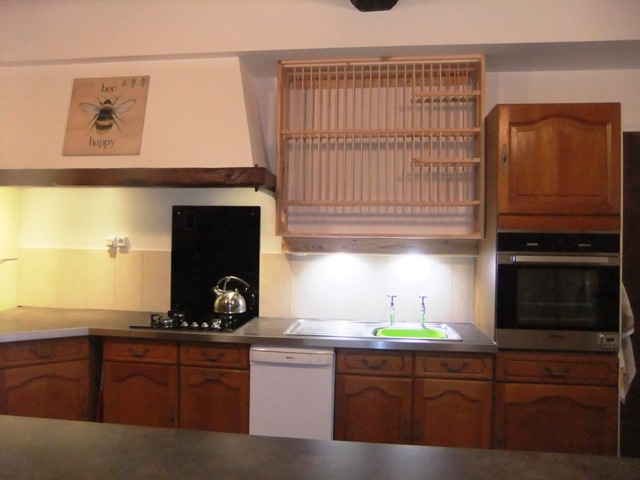 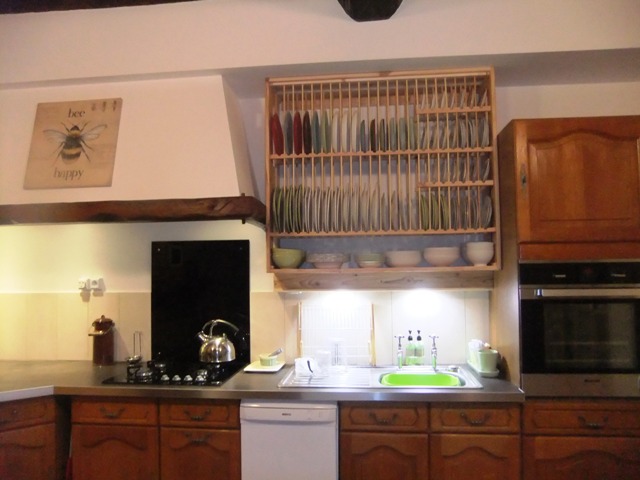 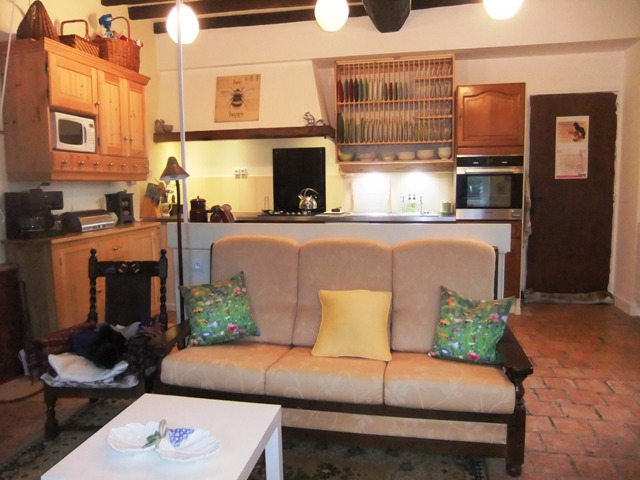 Nevertheless we like the way it looks and I can see to do the washing up now too.