After weeks and months of researching, disappointments and frustrations we are finally connected with a landline for the telephone. On completing the necessary paperwork, two engineers from Orange arrived to set up the line.  We had always thought the house had a working/connected line – a telephone cable certainly runs into the house and you can see it suspended along the driveway.  However, we recently noticed that the cable coming out of the house only went as far as the turn in the lane and was then severed from the line coming up from the road!

The engineers were with us for most of the morning, fixing a ‘problem’ in Ize, before re-connecting the broken line. 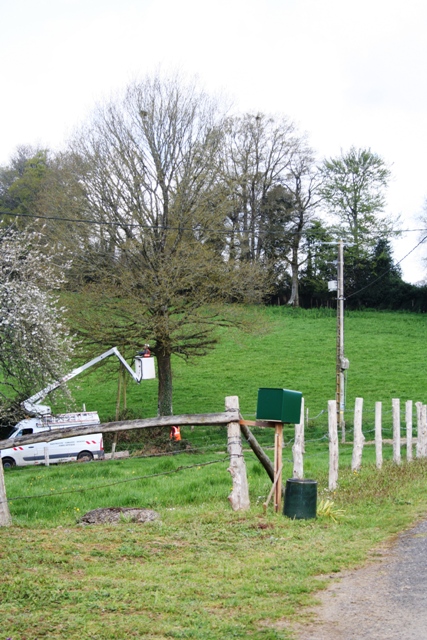 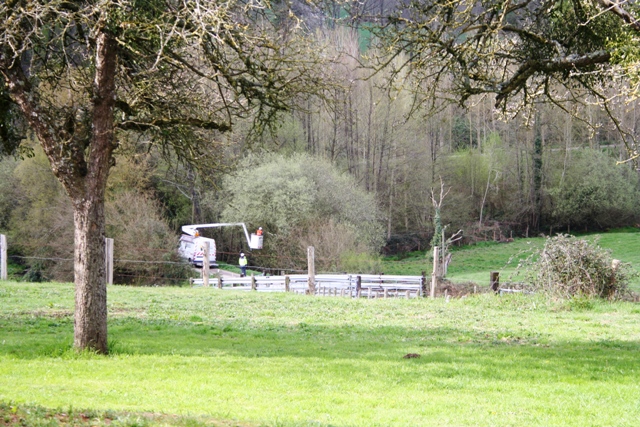 Finally they were ready to test it but typically, while we had the handsets we couldn’t find the cable to connect them to the phone socket!!  After waiting politely as we searched through likely cupboards and drawers, to no avail, they kindly gave us the necessary cable to connect our English phone to the French socket so that we could actually use it! What stars 🙂

The 1st of May was wet, grey and miserable – much like a typical English public holiday! Bringing a little cheer in from the outside was definitely in order! 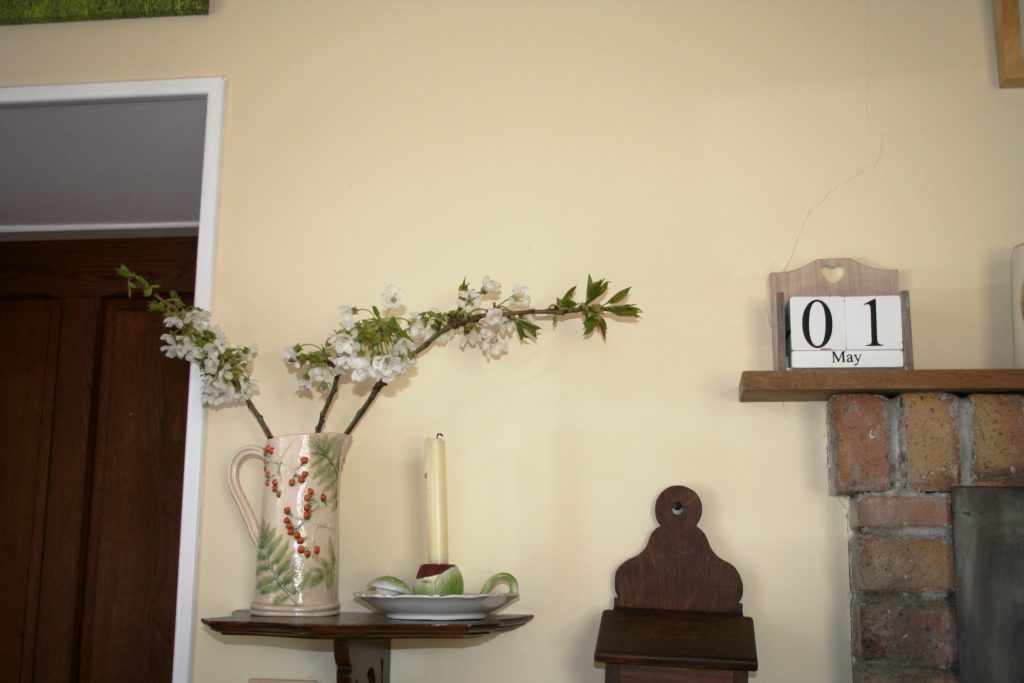 There are none for ages, then two come at once! So, we had the phone line set up, then, on returning from a short trip to the UK, we received a parcel from Orange – the essential piece of equipment needed for us to connect to the internet!! Yey!! It’s been a long time since we’ve had our own internet.  Hopefully this arrangement, via satellite equipment for which we are trying out from our kind friends, Amanda and Andy, will keep us connected with the rest of the world until they upgrade the lines to allow us to receive cable internet…. 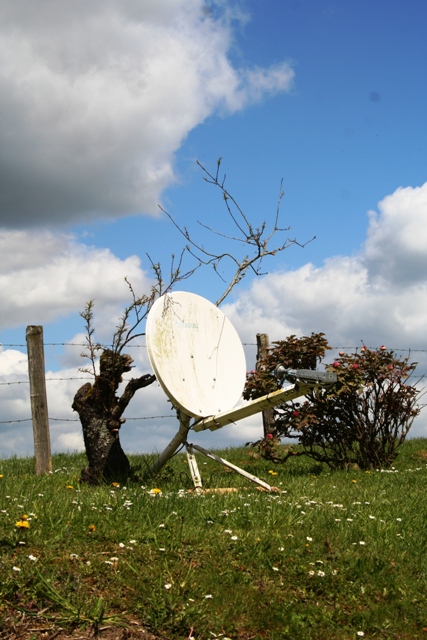 Amazingly, our trip to the UK was blessed with excellent weather, it made it difficult to think we were missing out on good weather in France at the same time!

The last couple of days here have been a bit mixed, summer showers with some sunny spells and very, very warm. The crickets have started ‘singing’ and do so night and day – it sounds more like somewhere tropical, not northern France. Yesterday, we liberated the glass topped table from the barn, which we’d bought for a bargain price last year from Leroy Merlin, and set it up under the apple trees… 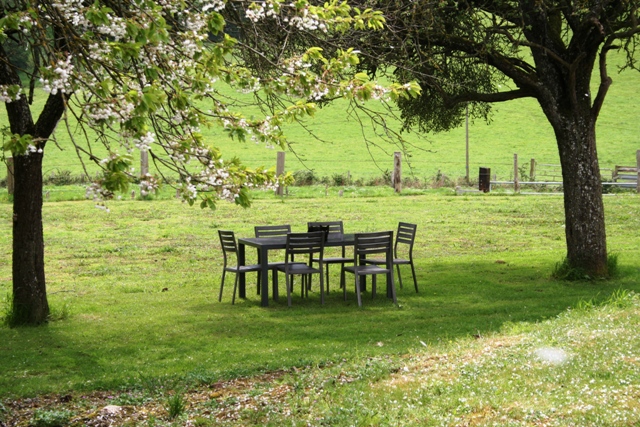 – too tempting not to eat our tea out there, especially since the sun came out. Colin couldn’t resist it either – muddy footprints on it before we even got to christen it ourselves!!! Still, can’t complain that we were able to eat comfortably outside on 10 May 🙂 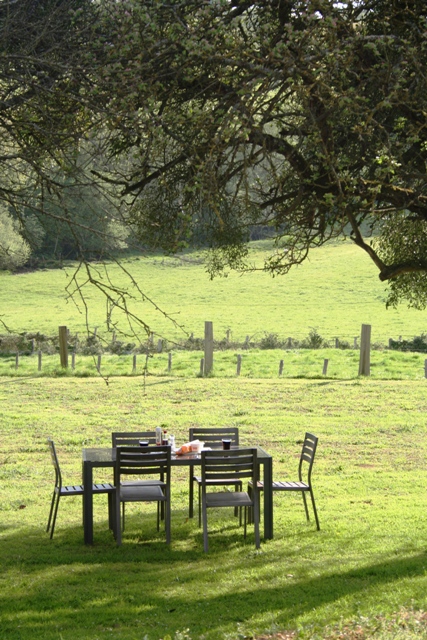 We’d been back home from the UK a day, the weather was still warm and sunny and Edward said ‘today would be a nice day to go for a picnic’.  We agreed that if we kept saying it but didn’t act on it, it would never happen, so we made sandwiches and a drink and took some folding chairs up the lane and into one of the nearby fields… 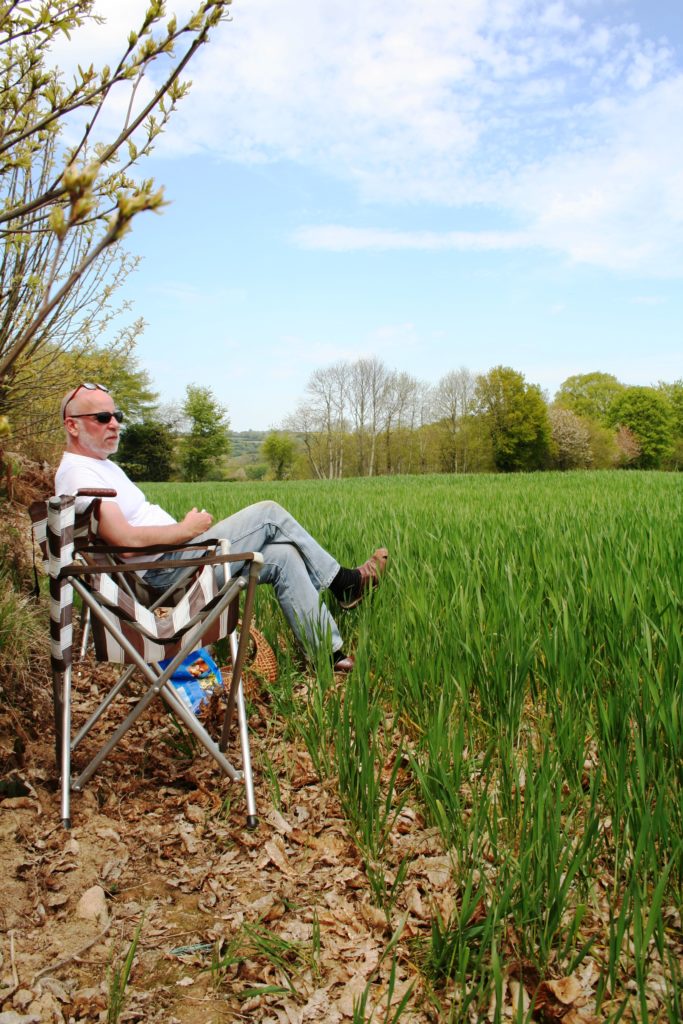 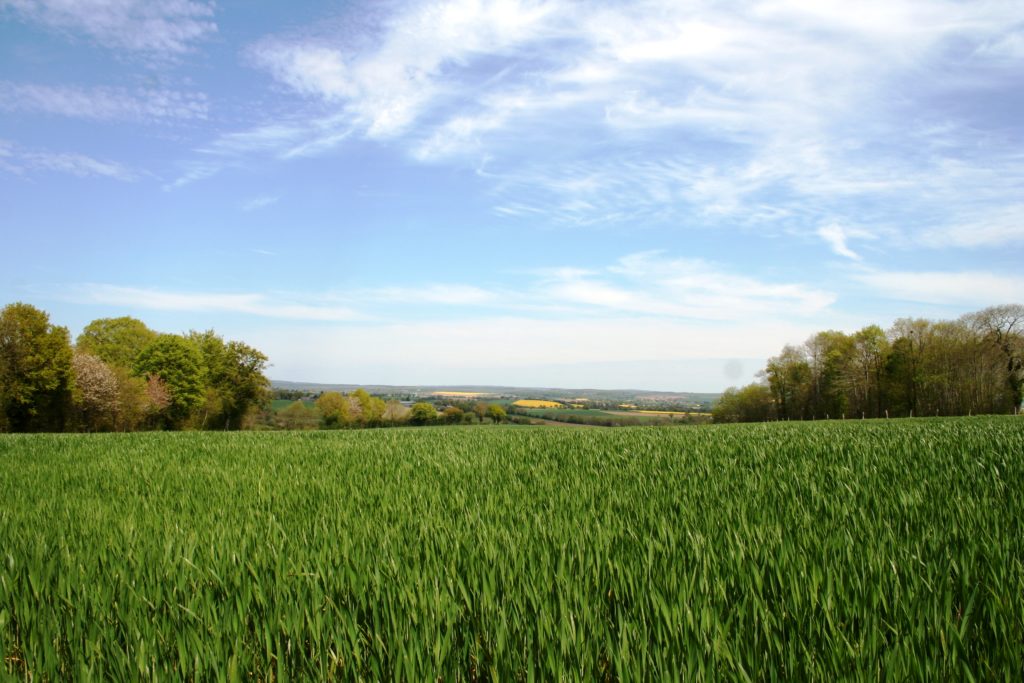 and we ate our sandwiches to the sounds of the cuckoo and the skylark, just beautiful. 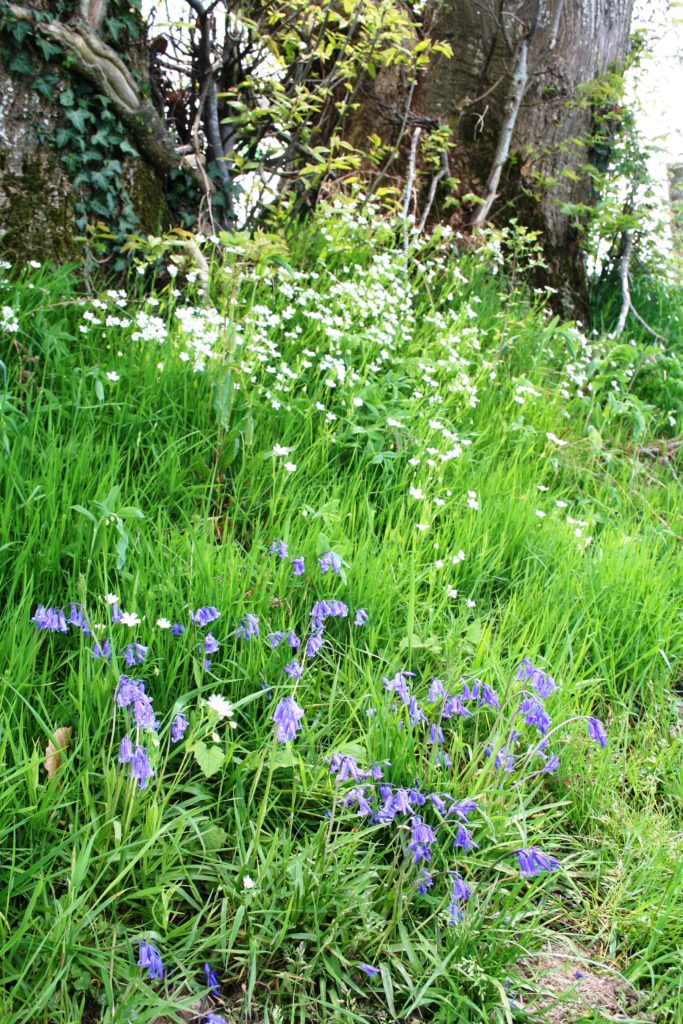 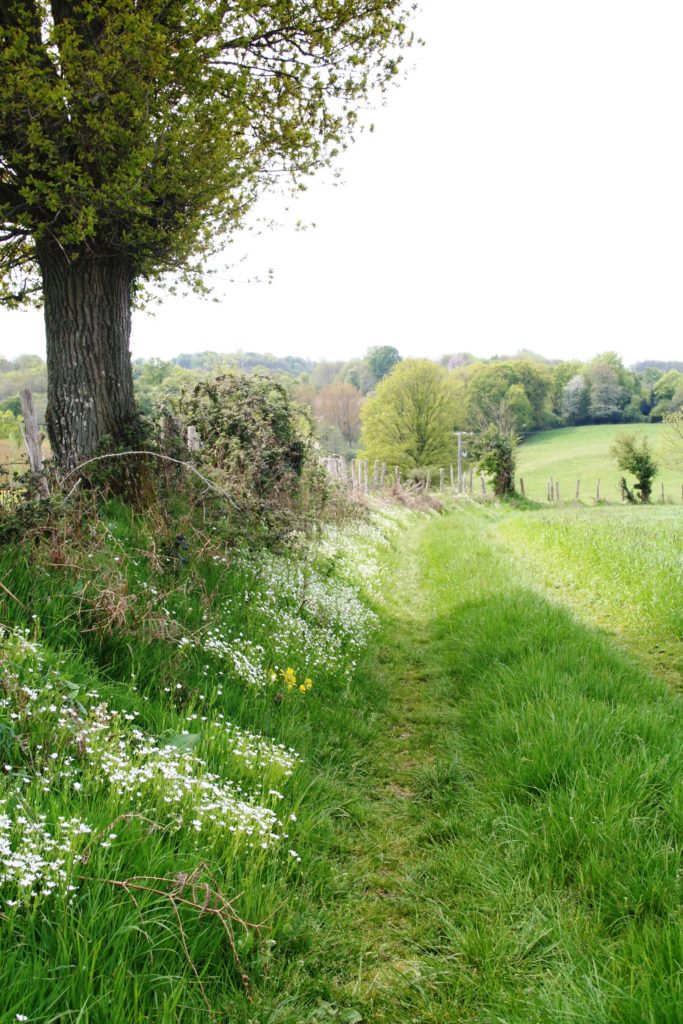