The joy of just being here 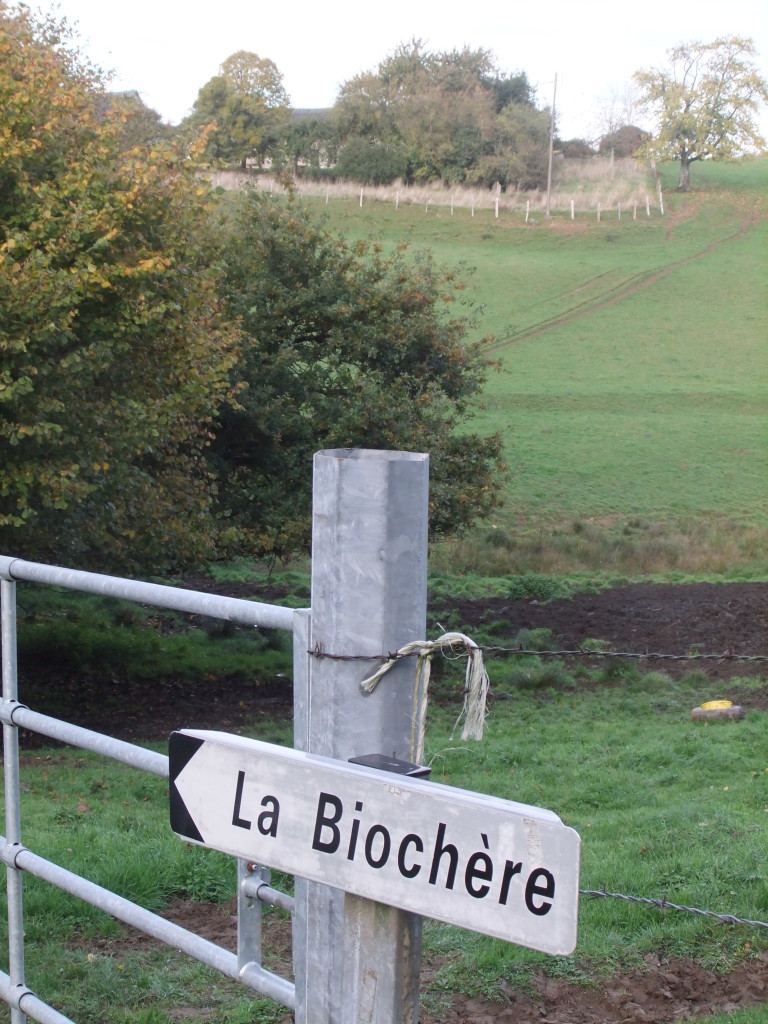 There’s no doubt about it, we’re thrilled to be here, both in France and in our new home.  Now we are in permanently, we are able to enjoy everything La Biochère has to offer, from stunning sunrises and amazing wildlife to meeting new people and making new friends. 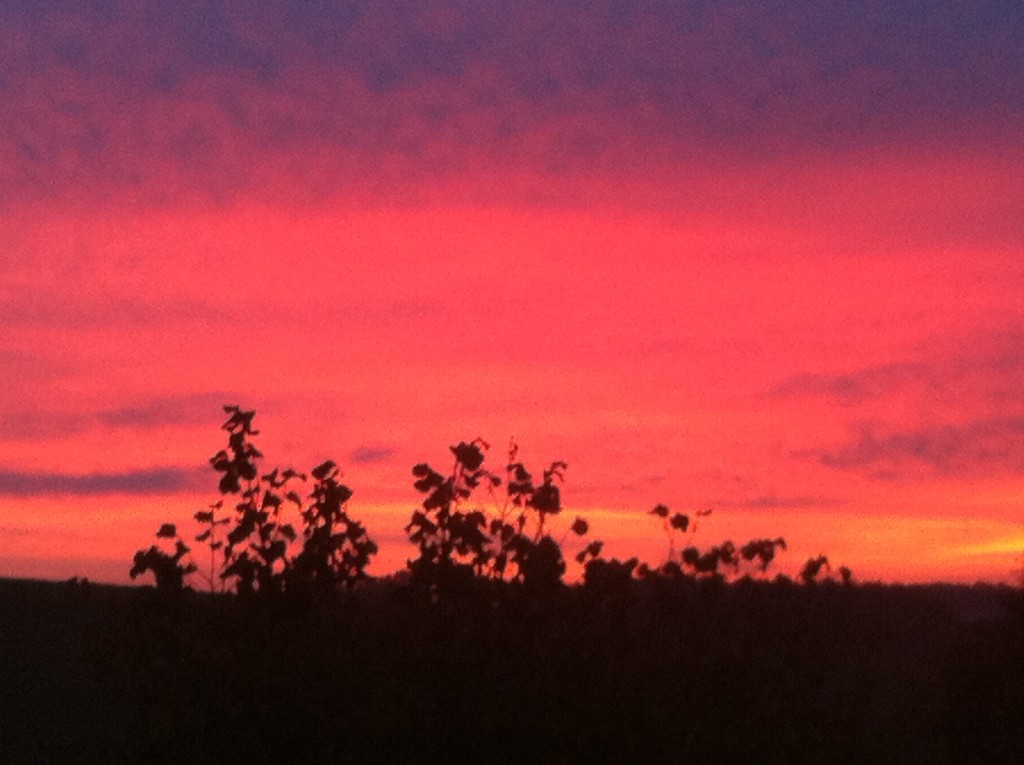 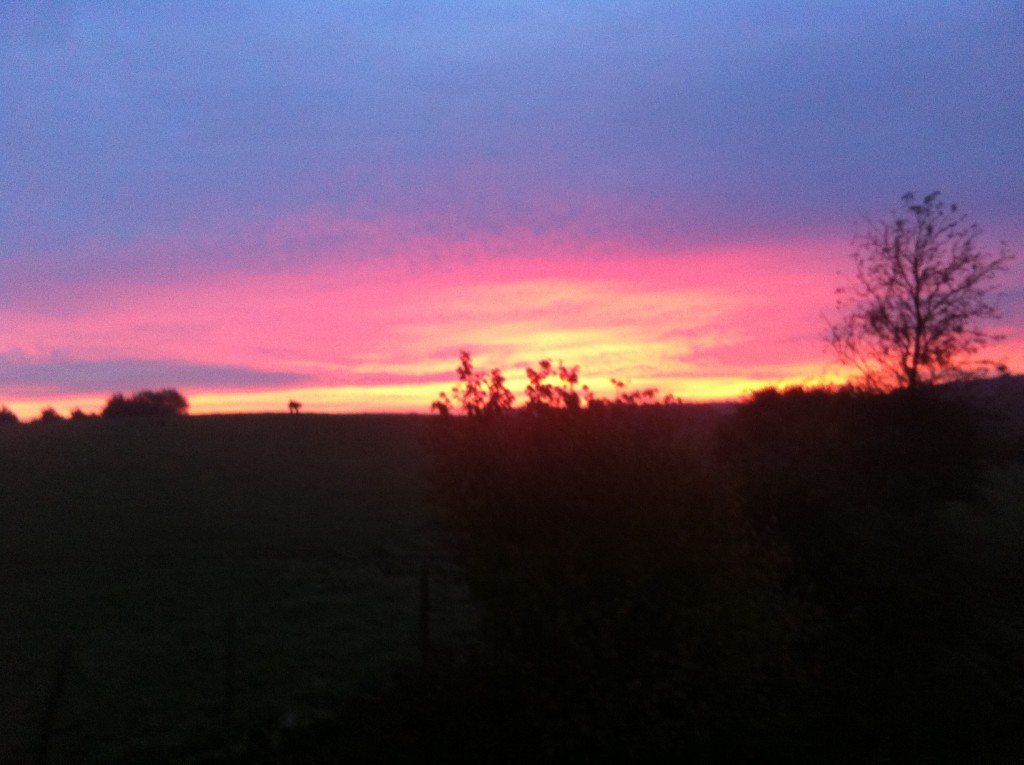 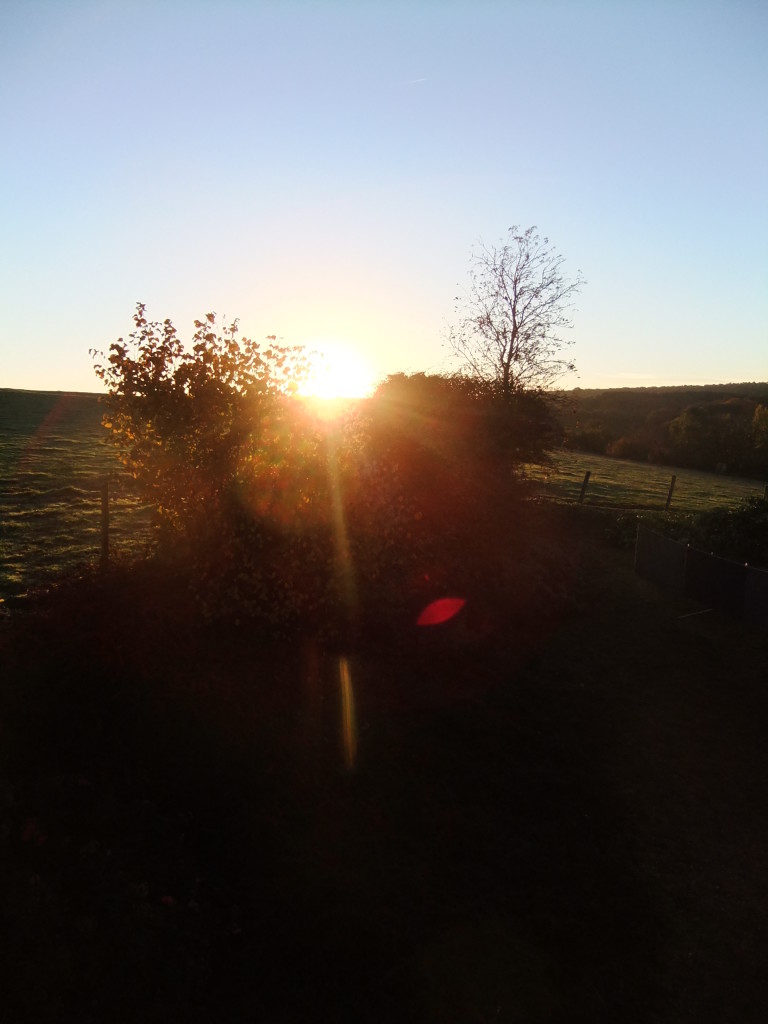 Over the last few days, we have picked up again with the DIY – I finally managed to finish stripping the wallpaper in my bedroom, painted the wall that was previously mouldy and painted the ceiling half-way.  Edward, in the meantime, has put up some hanging rails in what will be our walk-in wardrobe – they work a treat! 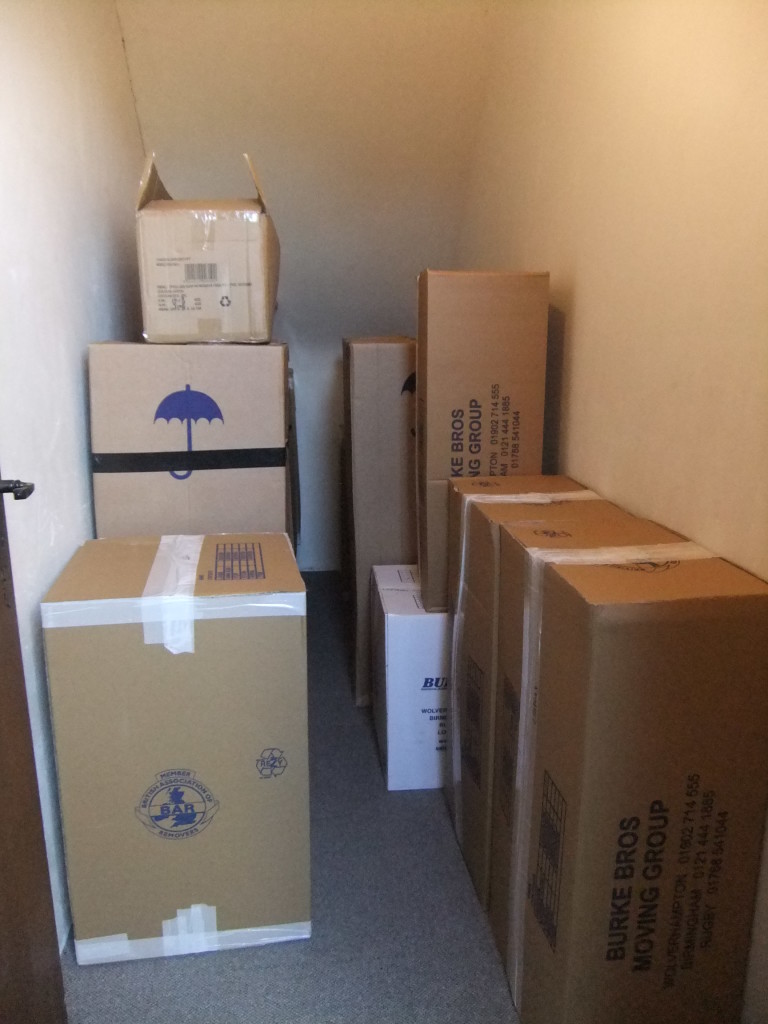 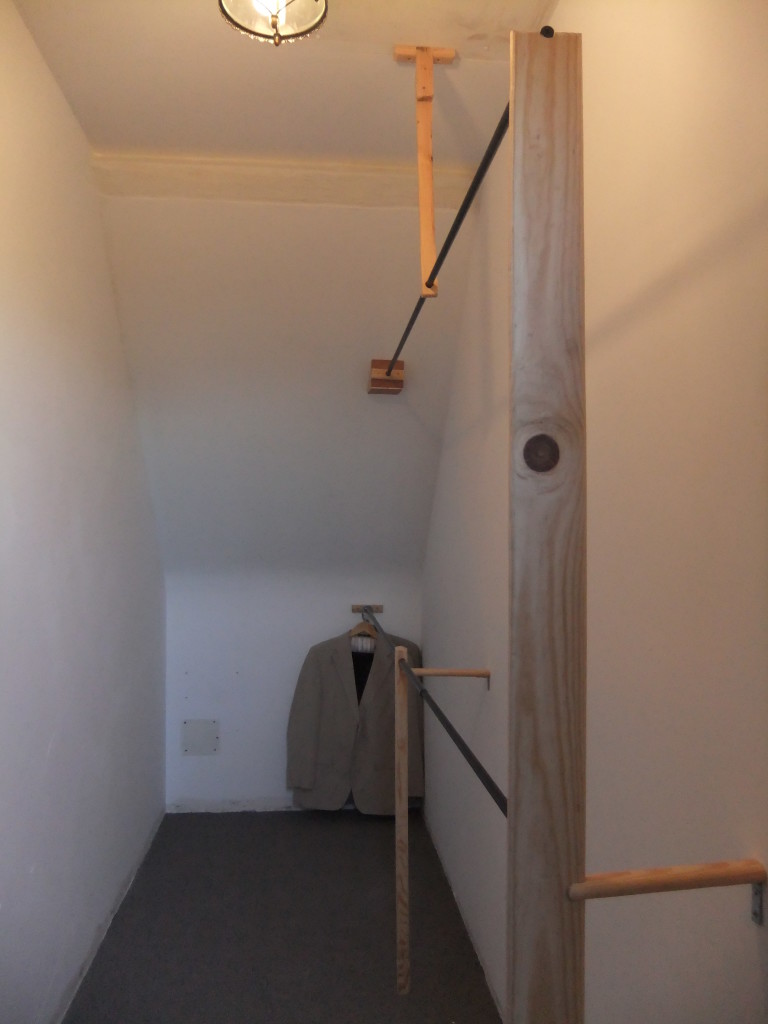 We are waiting for the technician from Orange to connect us (phone and internet), so on Friday, we decided to pop over to Fresnay-sur-Sarthe to see if we could find a source for free wi-fi and also to look around the brocante again…

We had a lovely time browsing and had a chat with ‘M and Mme Brocante’ while we were there – actually, they introduced themselves as Giles and Silvie and we enjoyed the coffee Giles made for us as we wandered around.

Unsurprisingly, we found some bargains… 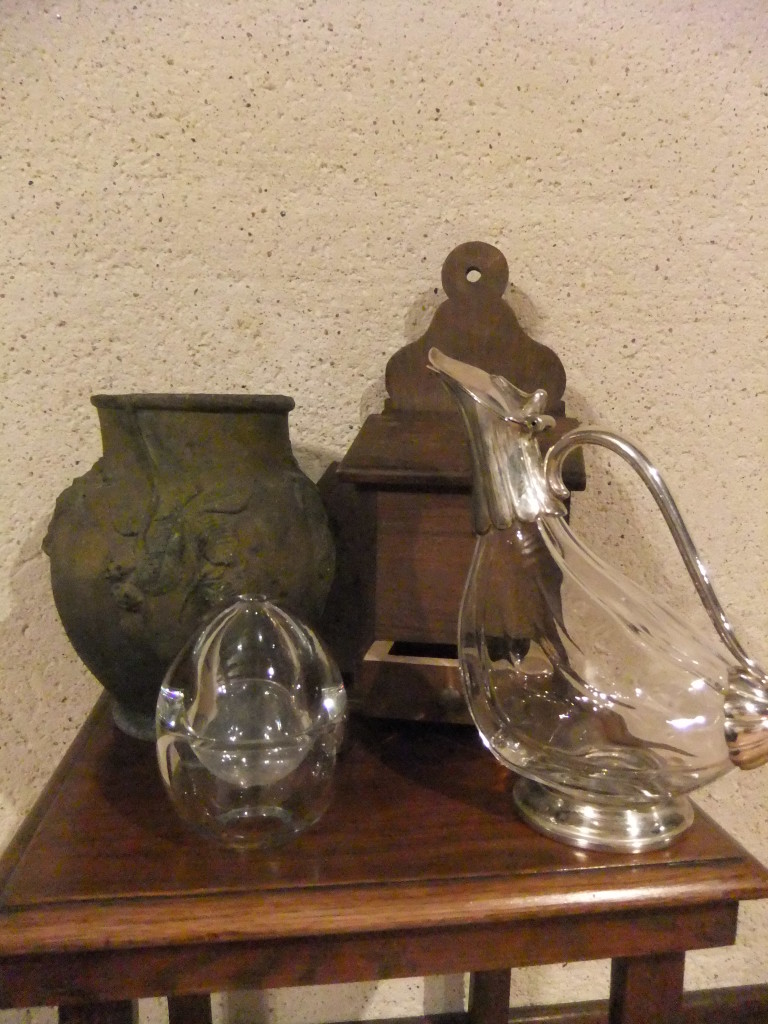 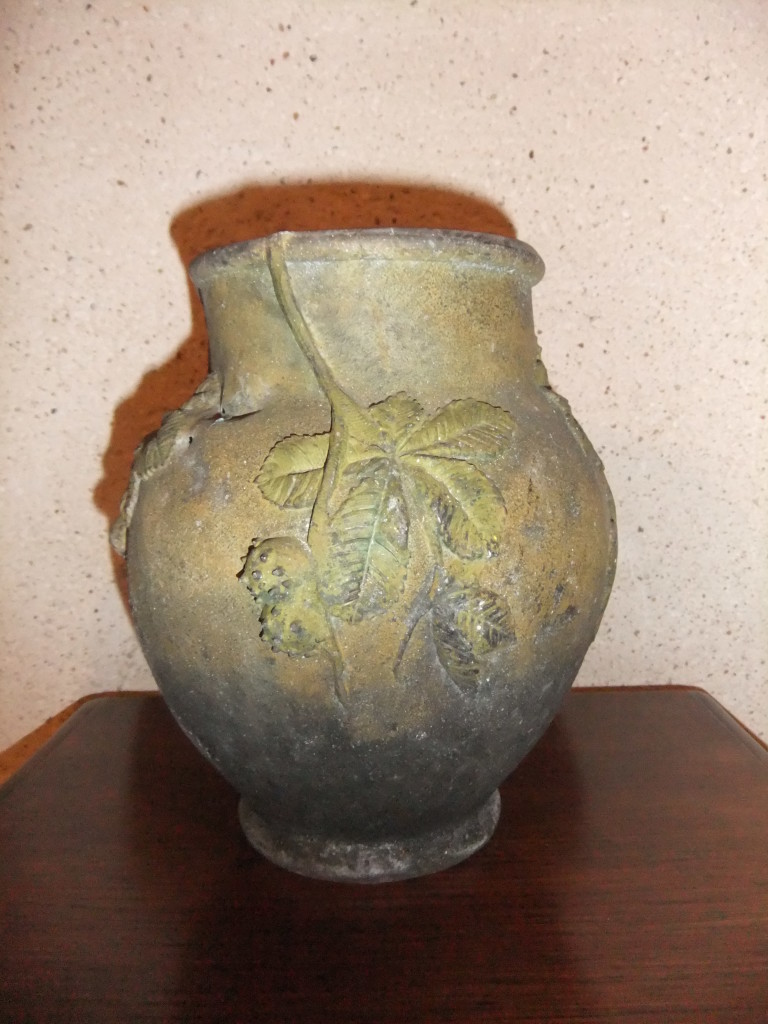 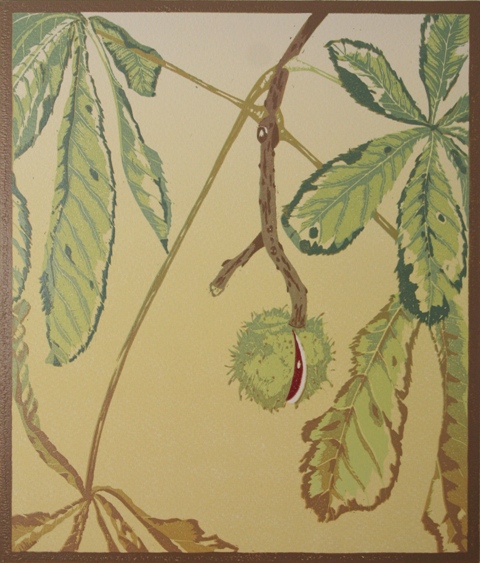 The metal vase reminded me of a print I make of some horse chestnut leaves and a conker – I might arrange them together when we are finally unpacked..

After the brocante we went into Fresnay and asked the nice lady in l’Office de Tourisme’ if it was possible to use free wi-fi – apparently if we went to the castle area, it would be possible to access the town’s wi-fi for a limited period of an hour.  Unfortunately, it only gave us chance to catch up on emails – it wouldn’t let us send any – oh to have our own internet!  Not long now….

On Saturday, it was more of the same – DIY… But later in the day we were interrupted by a visitor… He introduced himself as M Oré and he is our nearest neighbour, living in ‘Ecole de Courtoux’.  He was very friendly and welcoming and wanted to say hello to us as we had just come to the area – how nice.  We sat and had a cup of coffee together and had a chat – apparently, he had been to the ‘grande fetes’ that had been held by the previous owners of La Biochere in the past.  Edward asked if he knew someone who would be able to supply us with some wood for the fires and straight away, M Oré said yes, he is just a couple of minutes away, and offered to take Edward round to meet the woodsman… 10 minutes later and they came back – success!  We have 3 steres (3 cubic metres) of logs on order!!  Plus, we have been invited to M Oré’s house for a cup of coffee on Wednesday afternoon…

Hoorah!  The wood was delivered yesterday evening, much sooner than we had expected…. 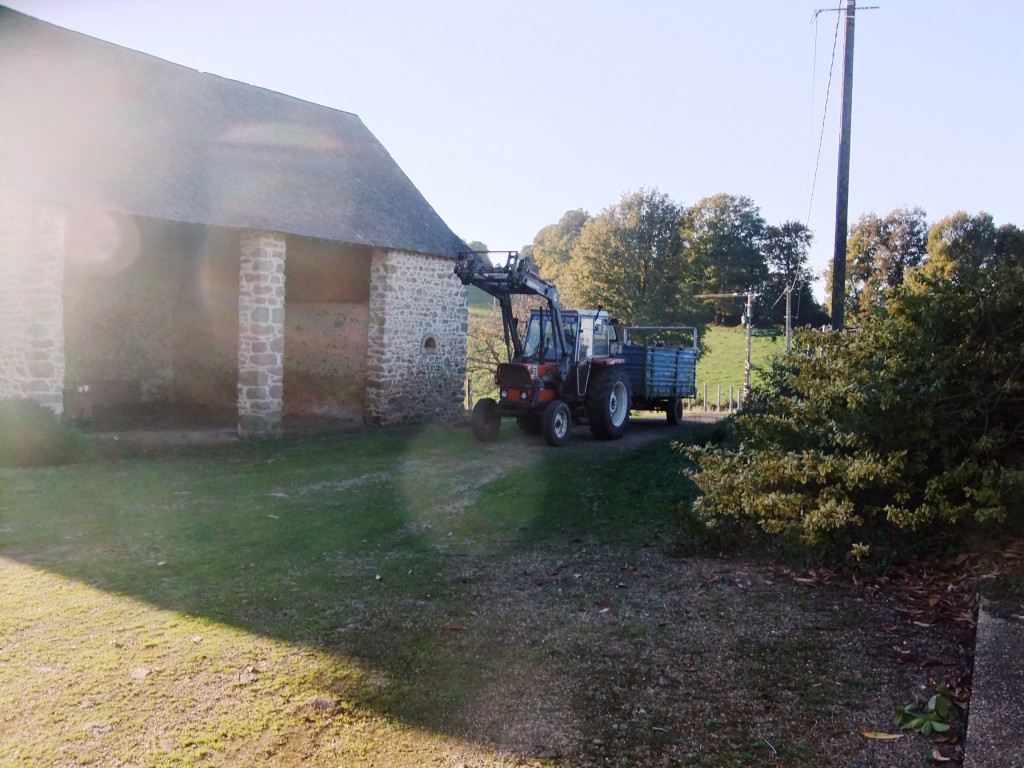 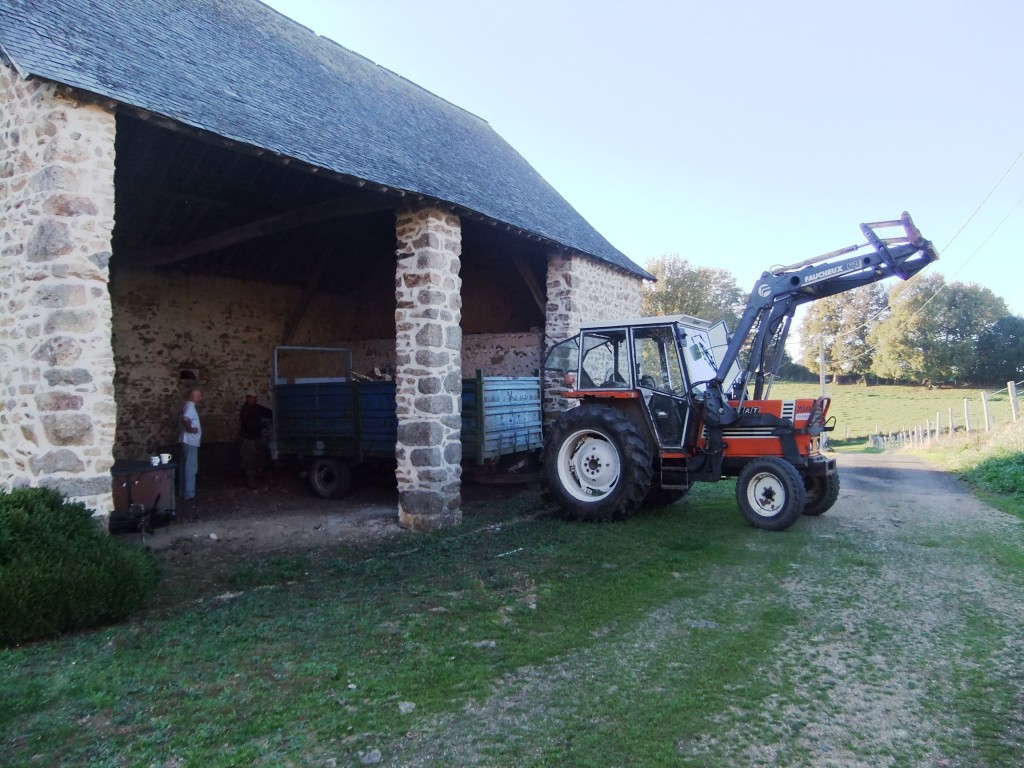 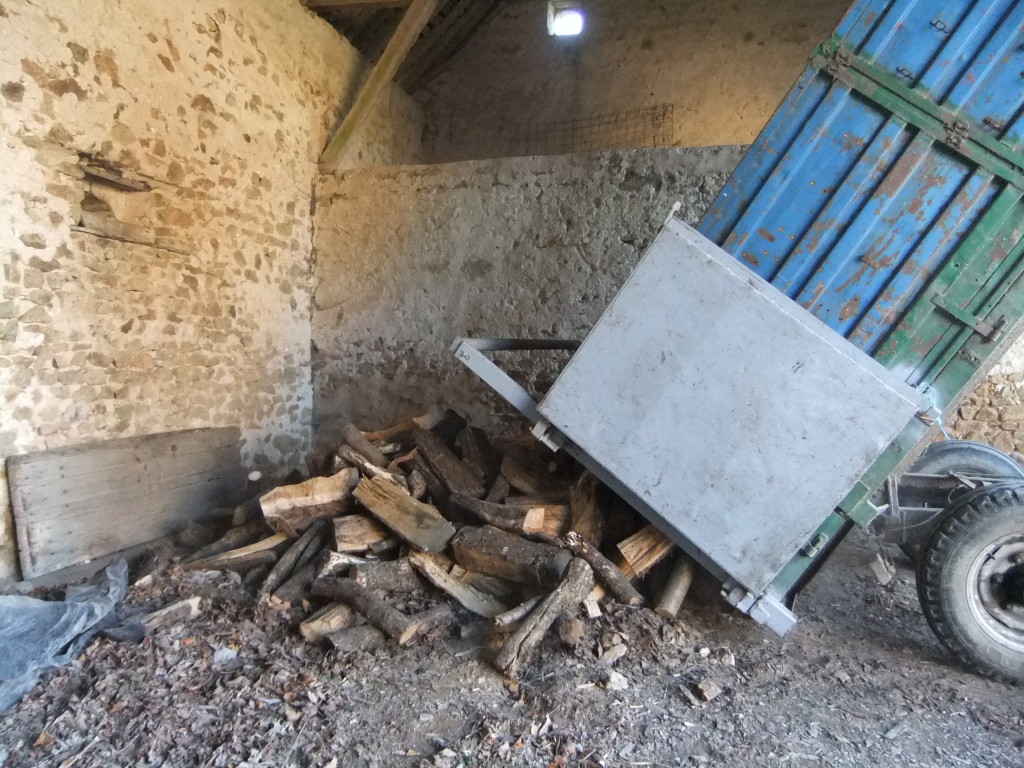 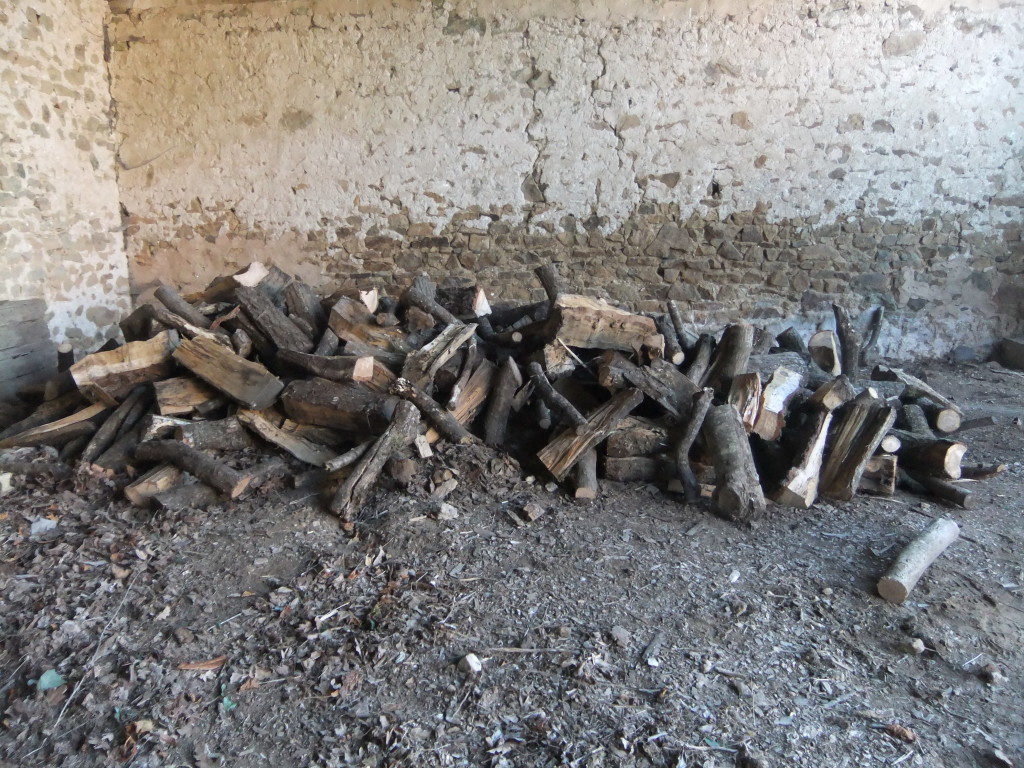 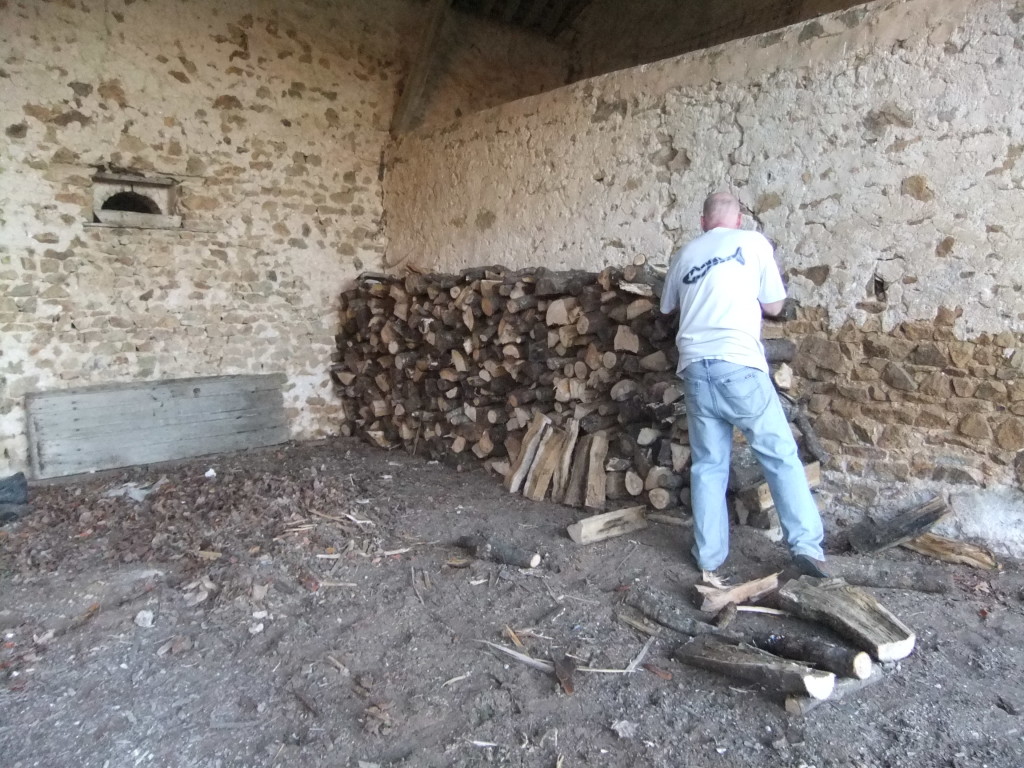 Today we let the cats out for the first time… I had taken Colin out on a lead a couple of times and would have kept him in longer but Edward felt that if he was cooped up for too long, he would just run off in the excitement of being released and possibly get lost again.  I hope he’s right!

Seems like they all enjoyed the fresh air, even Jim! 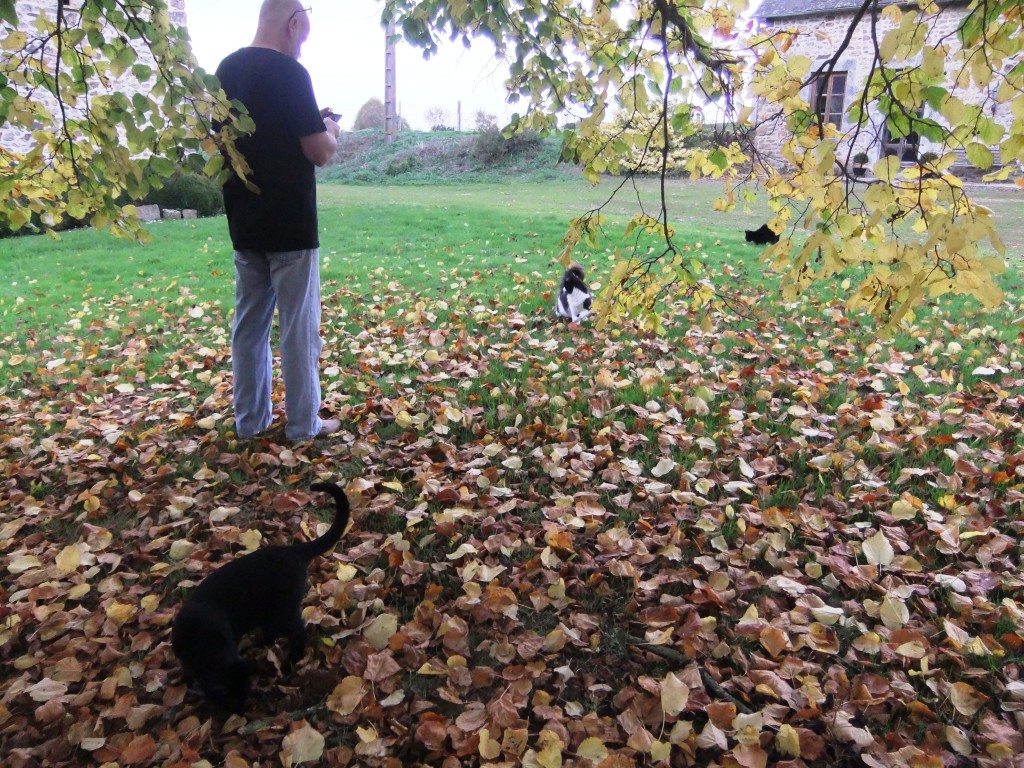 It wasn’t long before Colin was occupied with something in the undergrowth…. 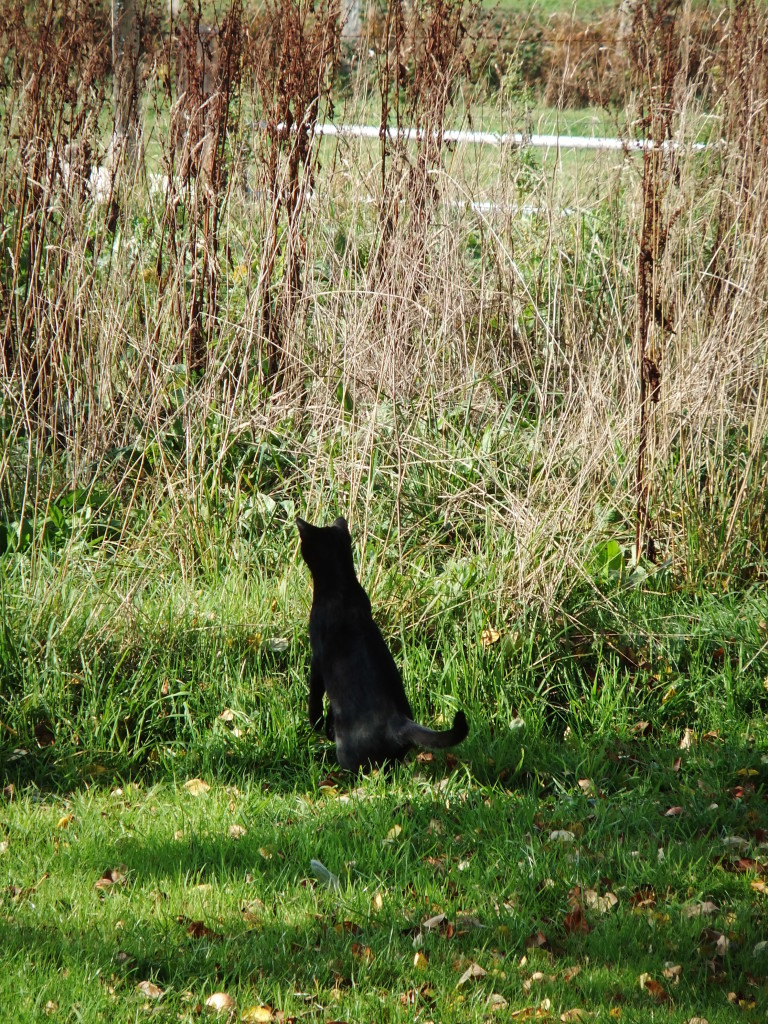 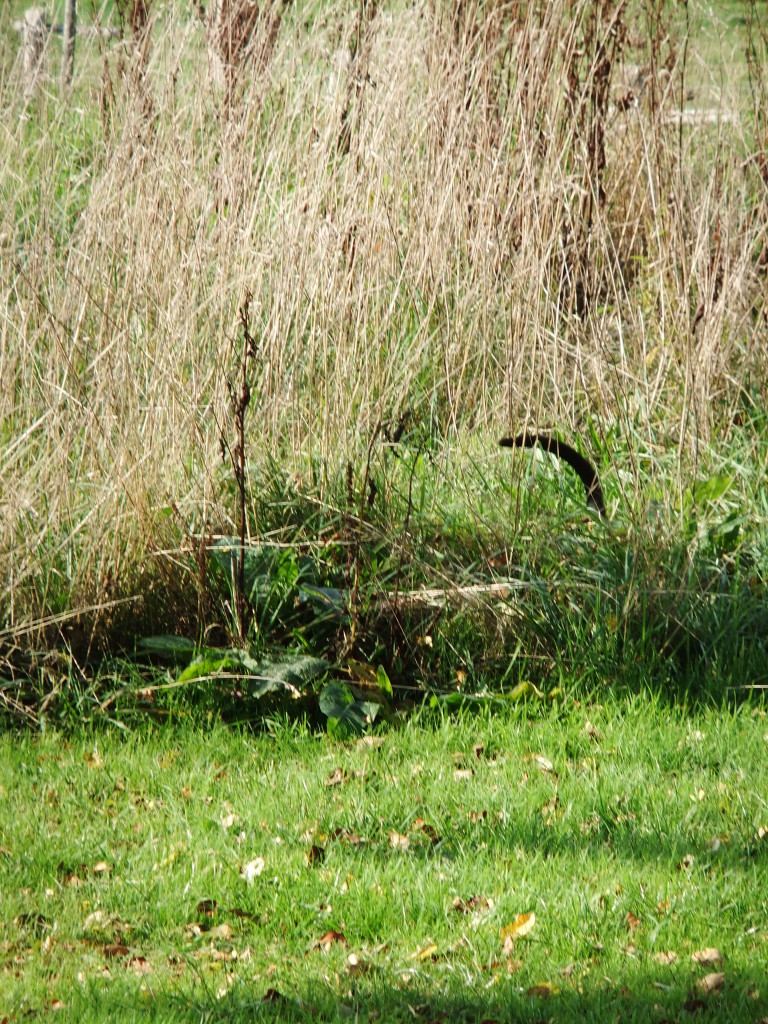 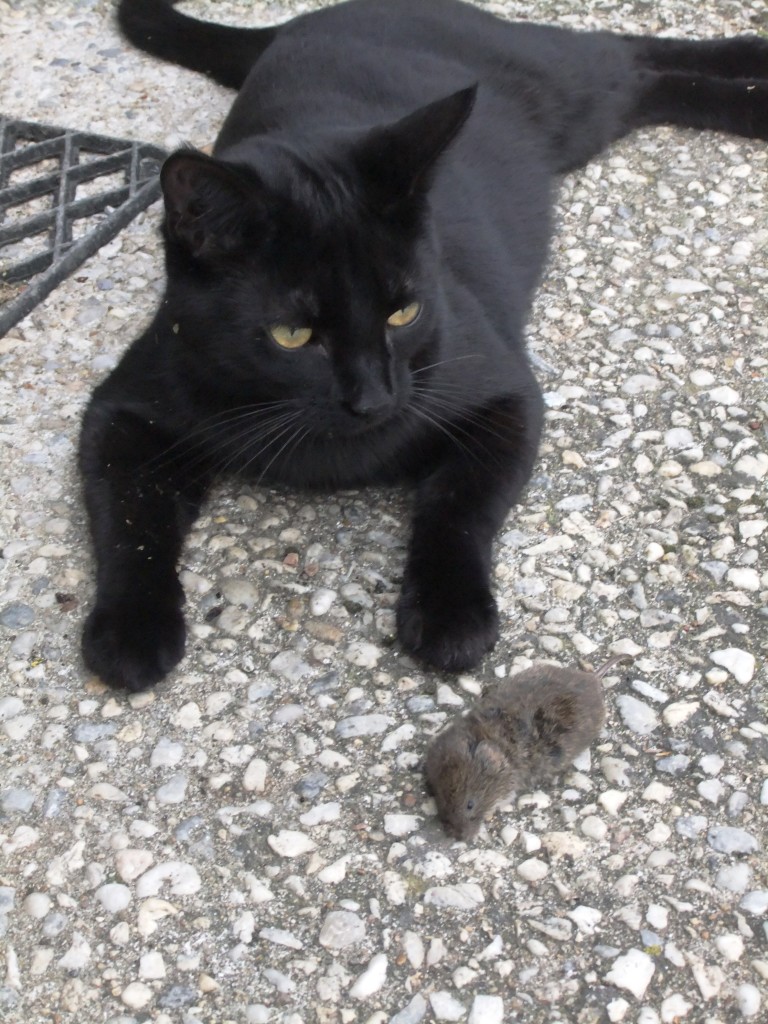 Doesn’t he look pleased as punch?!

So far so good, all cats present and accounted for after a day in the garden…

Ever started a job and wished you hadn’t?

Yesterday, while walking Colin around the garden I realised just how many apples we had, most of them were now on the ground and it seemed such a shame to waste them all.  I remembered the juicer that Hilary and Mike had given us, so collected a few to juice later.

As it happened, we went out for a drive yesterday afternoon, and so I didn’t get chance to do anything with the apples other than soak them in a basin of water….

This morning, after making a cup of tea, I thought I’d just get on with juicing them before starting on with the DIY…. OMG!!!  What a mess!  I had no idea and was totally unprepared for the effort, space and clearing up involved and I was still in my PJs!!!  We don’t have a proper kitchen yet, so I had made a little space to work in, not realising I needed a full uncluttered worktop, overalls and plastic sheeting to cover the walls and anything else that was in range…  Rather than the apple juice pouring from the juicer into the jug below, it spurted above and beyond the jug, splattering the walls, me and anything else that happened to be nearby… 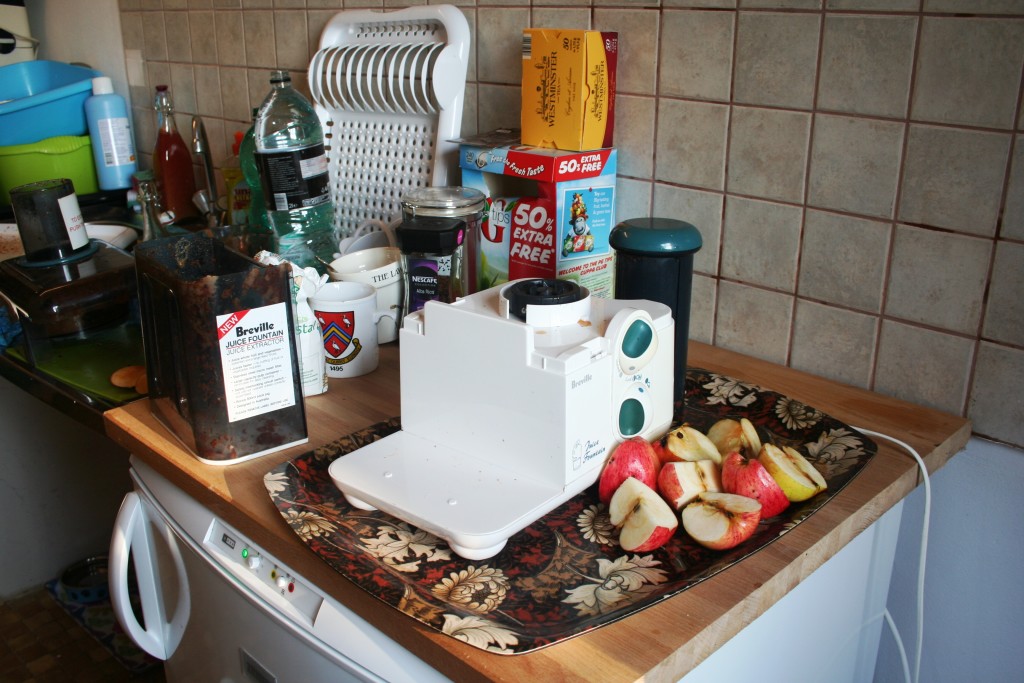 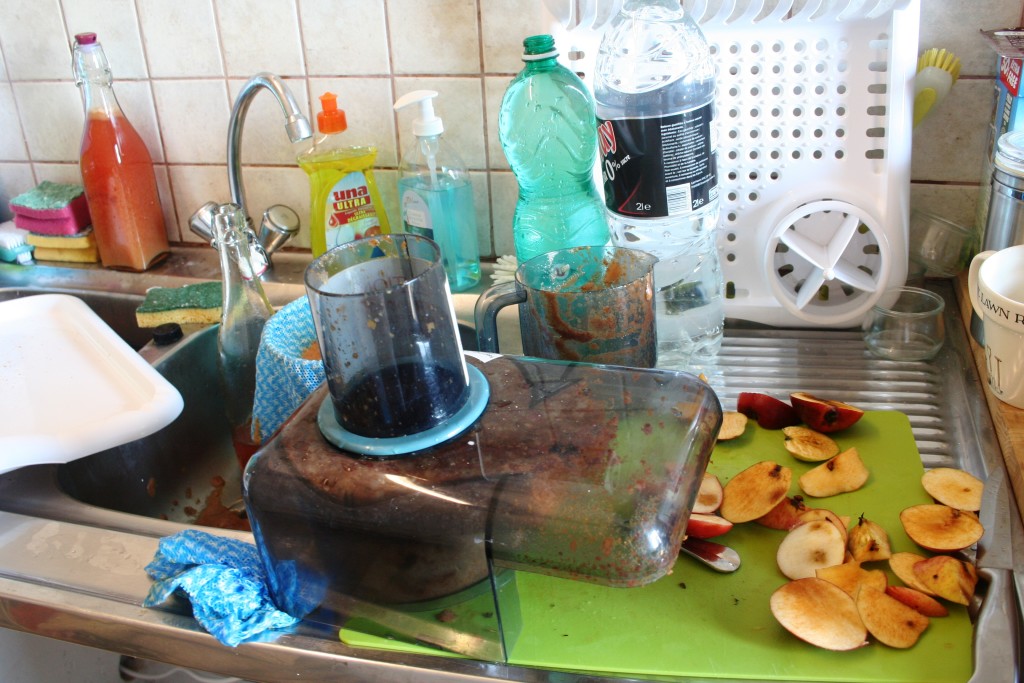 Eventually I got the knack – I placed the tray of the dish drainer against the wall and turned the juicer around then held the jug close to the spout with one hand, while operating the plunger with the other…. 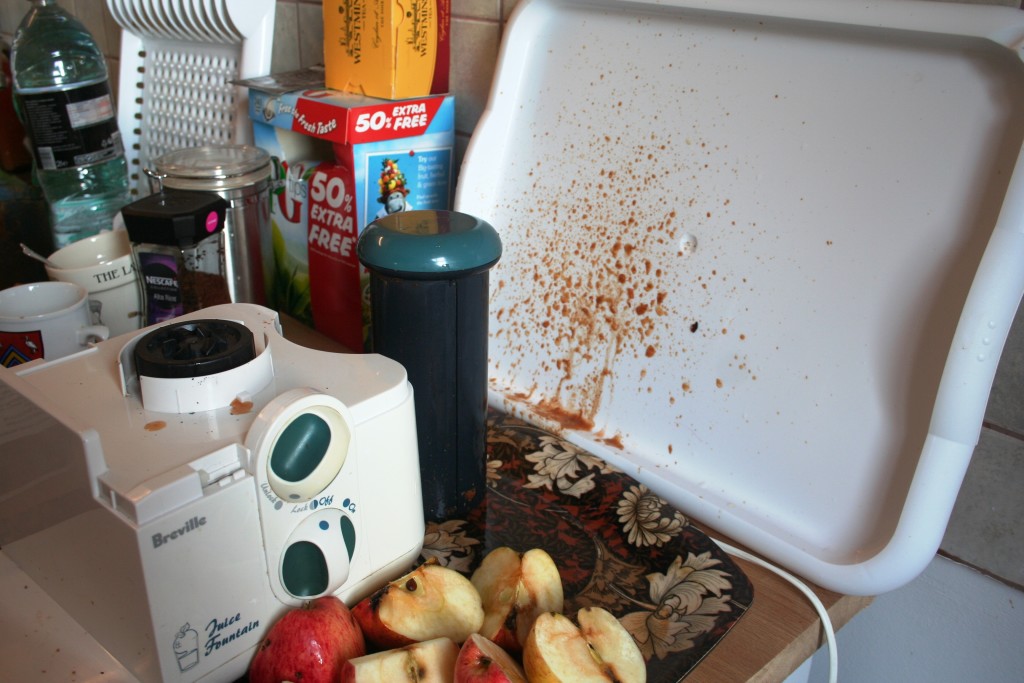 A full sink full of apples later and I had… 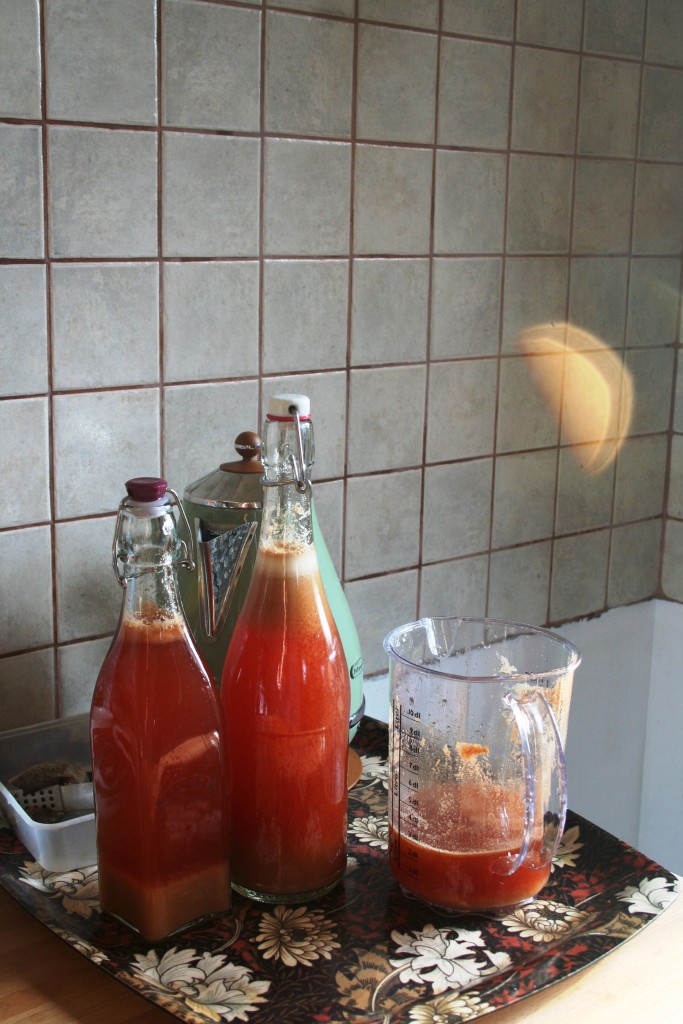 a couple of bottles of juice.  I think I was optimistic in anticipating producing litres of the stuff!!  I hope it tastes good…..  Next time, I’ll do it outside where I will have more space and my newly painted walls won’t be stained with apple juice….

The road to Villaines-la-Juhel

Actually, there are several routes into Villaines, one of our nearest towns.  On the way back from our outing there yesterday, Edward drove us through the country lanes he had used a couple of days ago when he’d gone into the Bricomarché. 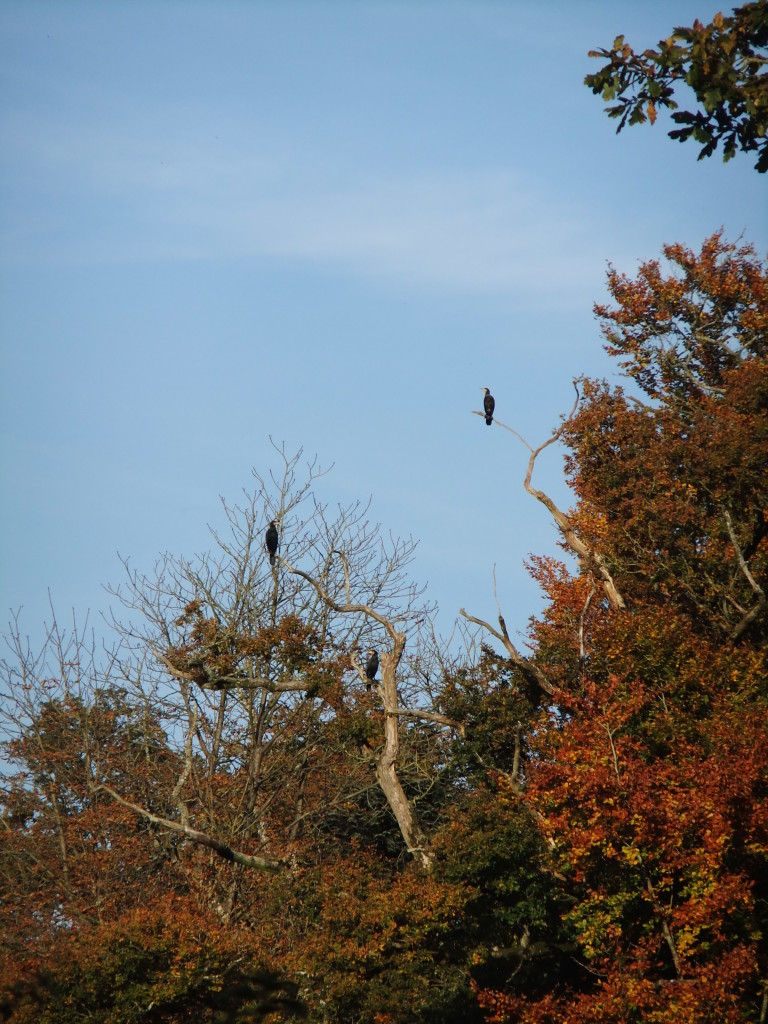 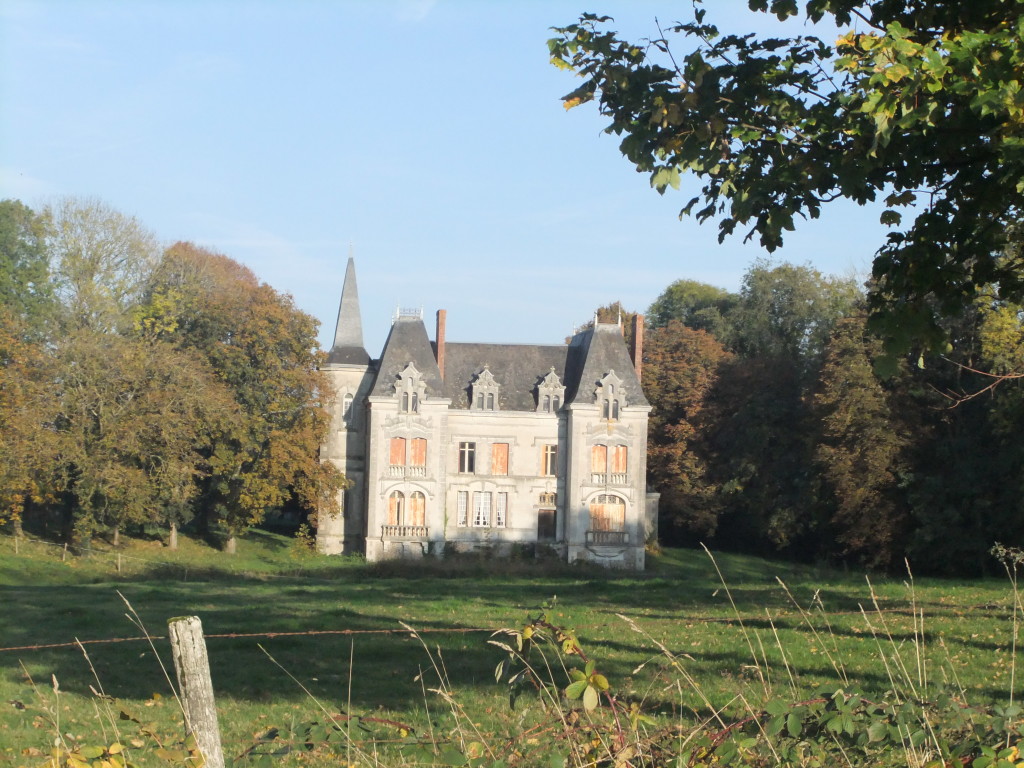 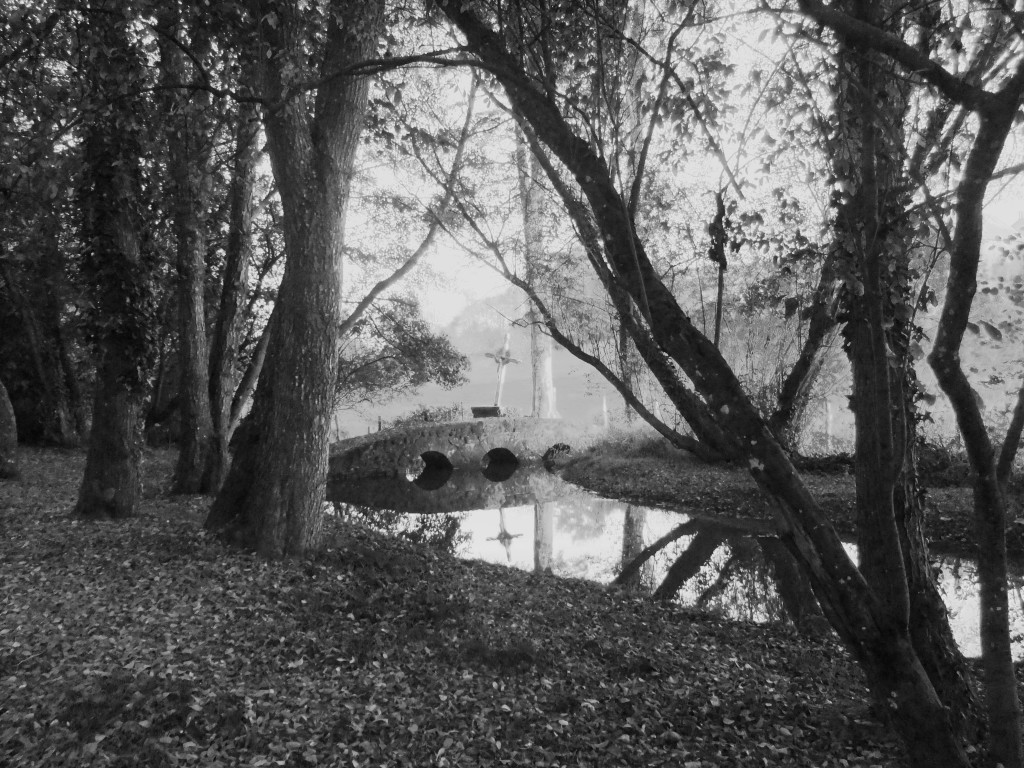 The views and the countryside were so beautiful, it was a real treat… We love it here. ♥