We are soooo relieved – Colin turned up at 5 am yesterday morning.  Edward heard meowing at the bedroom window, opened it and Colin walked in, off the roof of the lean-to….

It was so good to see him again, we were grinning for most of the day!  He doesn’t look too bad.  He was ravenously hungry but other than that seemed fine.  It looks like he has had a fright as any little unexpected noise has made him jump and he has a few scratches on his head but perhaps that will deter him from wandering off, for a little while, at least! 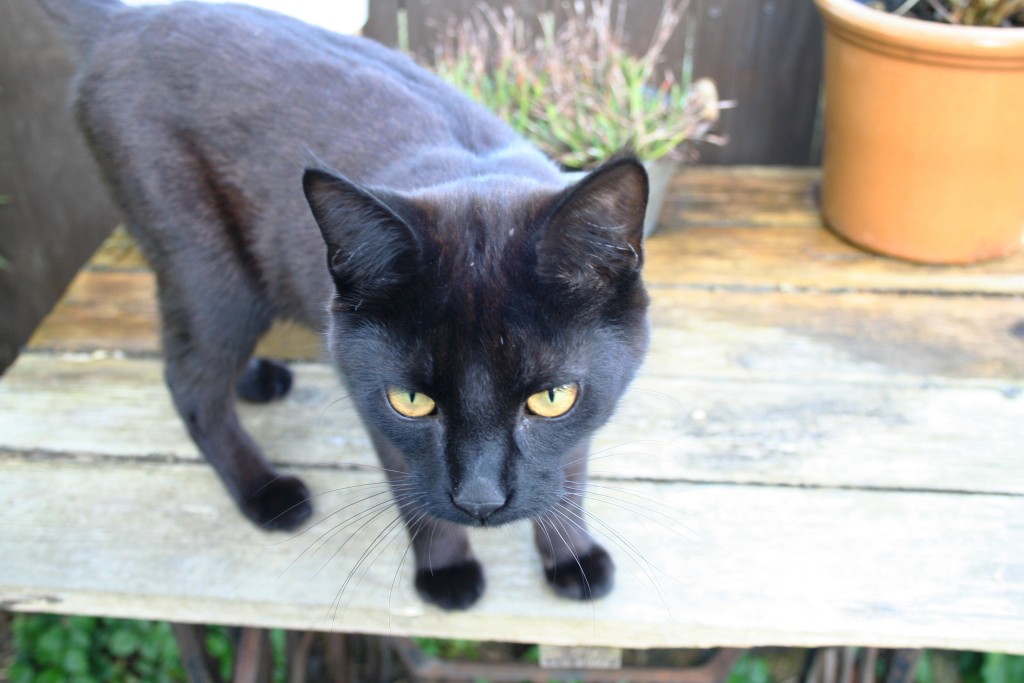 Edward and I went around various people who’d helped us look for him to let them know he was back.  We were offered coffee by a lovely French couple, who’ve lived here for quite some time.  Edward held a conversation – I picked up snippets, but it’s good to hear the language being spoken, even if I’m limited in what I can actually say.  I’m sure I will start gaining confidence soon……

Back home we relaxed for the rest of the day, recovering from the stress and worry.  It was still warm, so I sat in one of the loungers with a book (until I nodded off!)….. 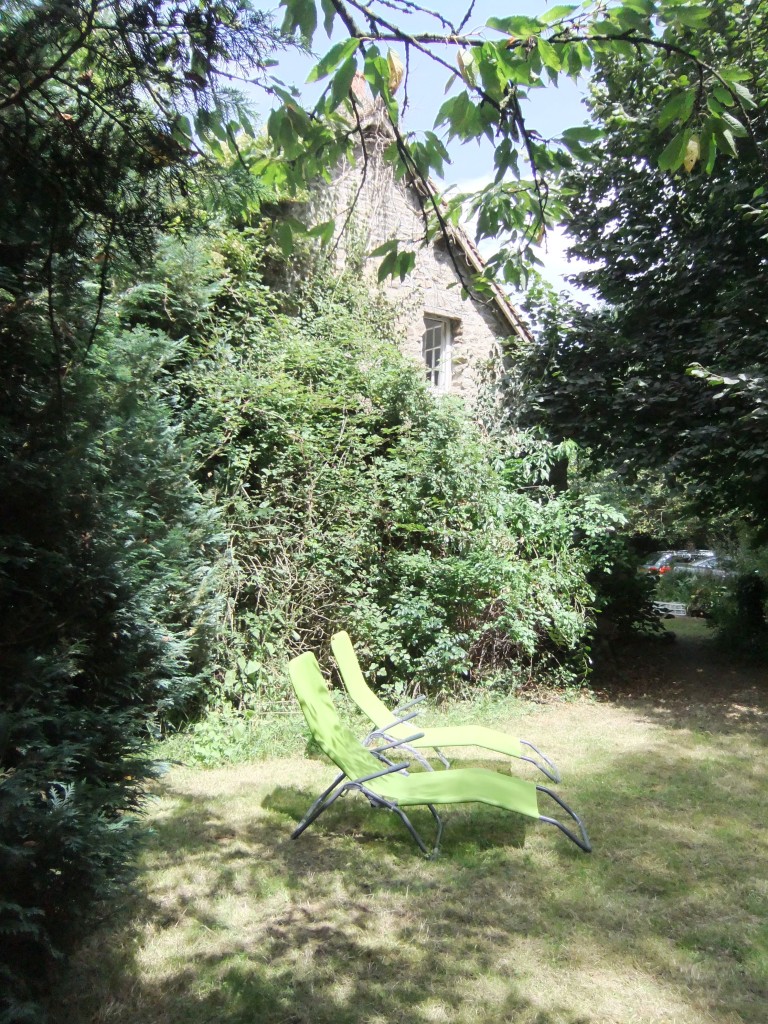 This morning we got up quite early to go to the Foire Brocante (antiques fair) in Bagnoles de L’Orne. 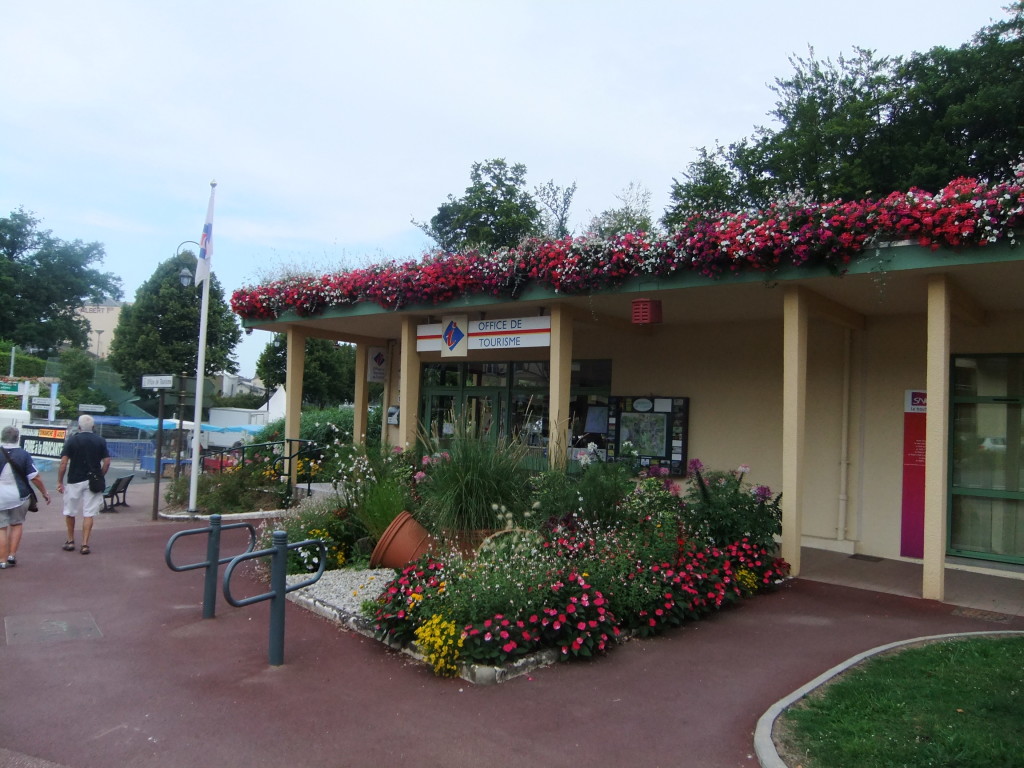 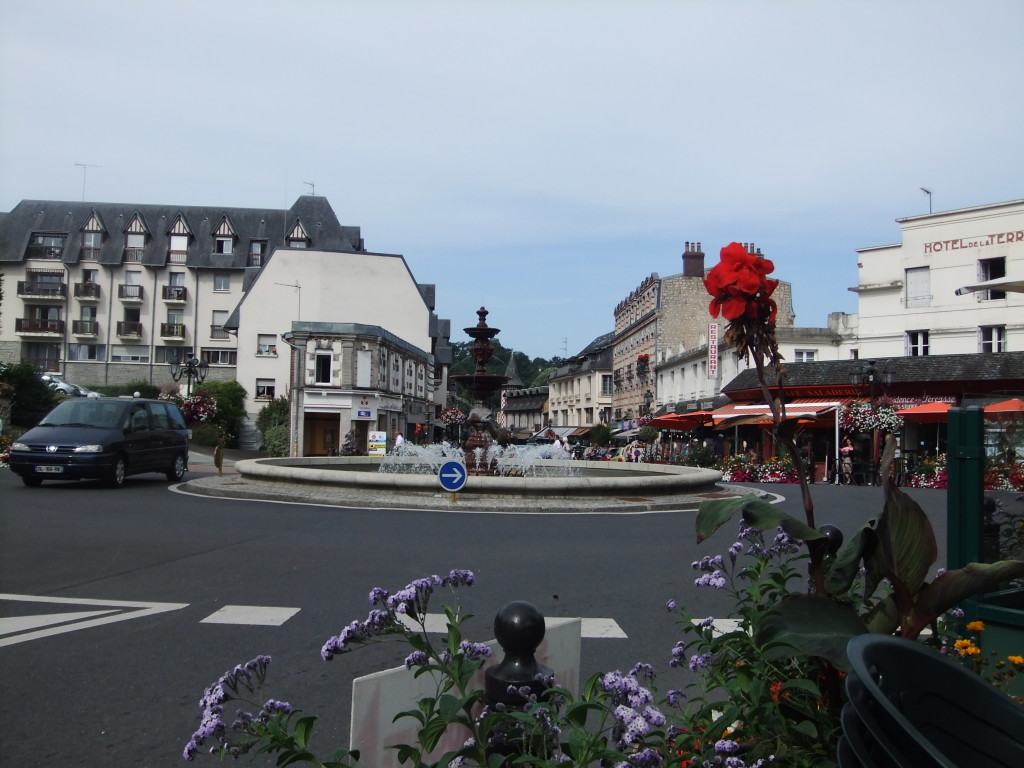 It’s around 40 minutes away from here, so we left around 8am and were there in good time to find a parking spot and browse the stalls without too many people around…. 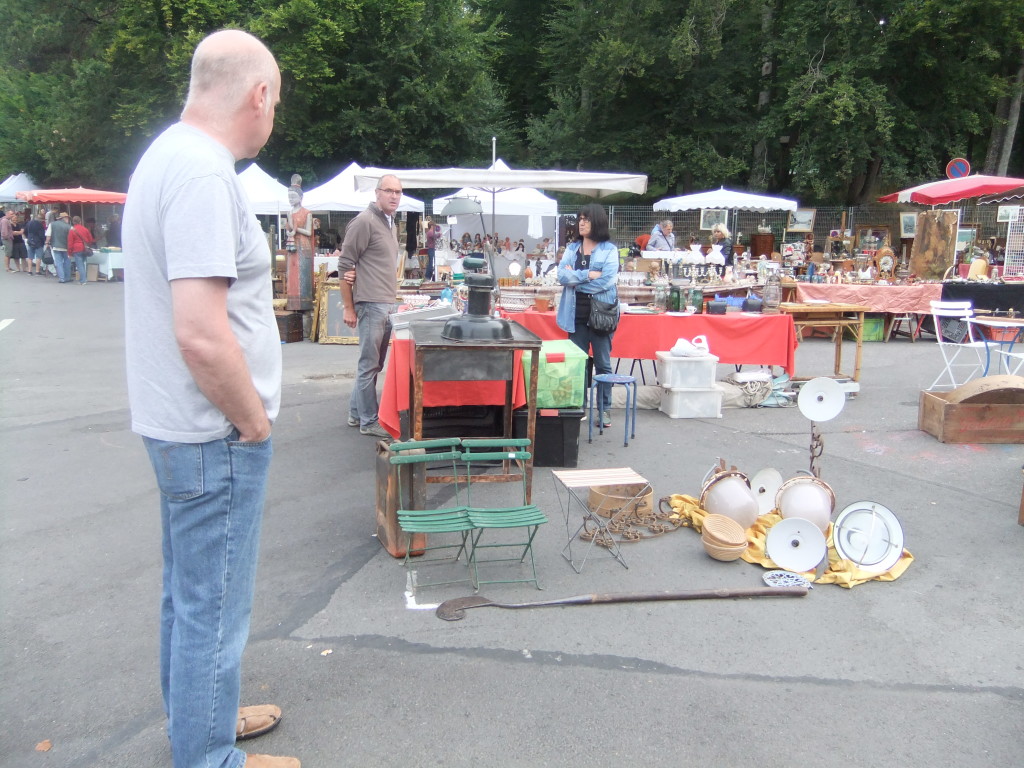 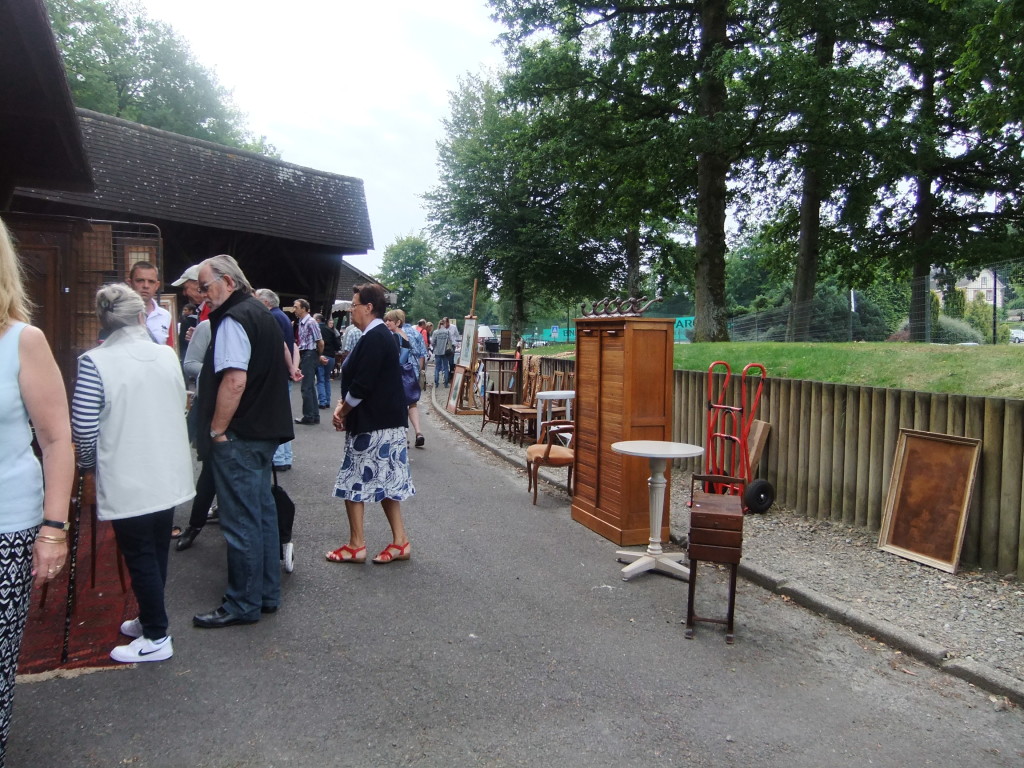 Which we bought, along with a single tambour unit from the stall next door – they look perfect together and will be a great addition to our new home…. ! 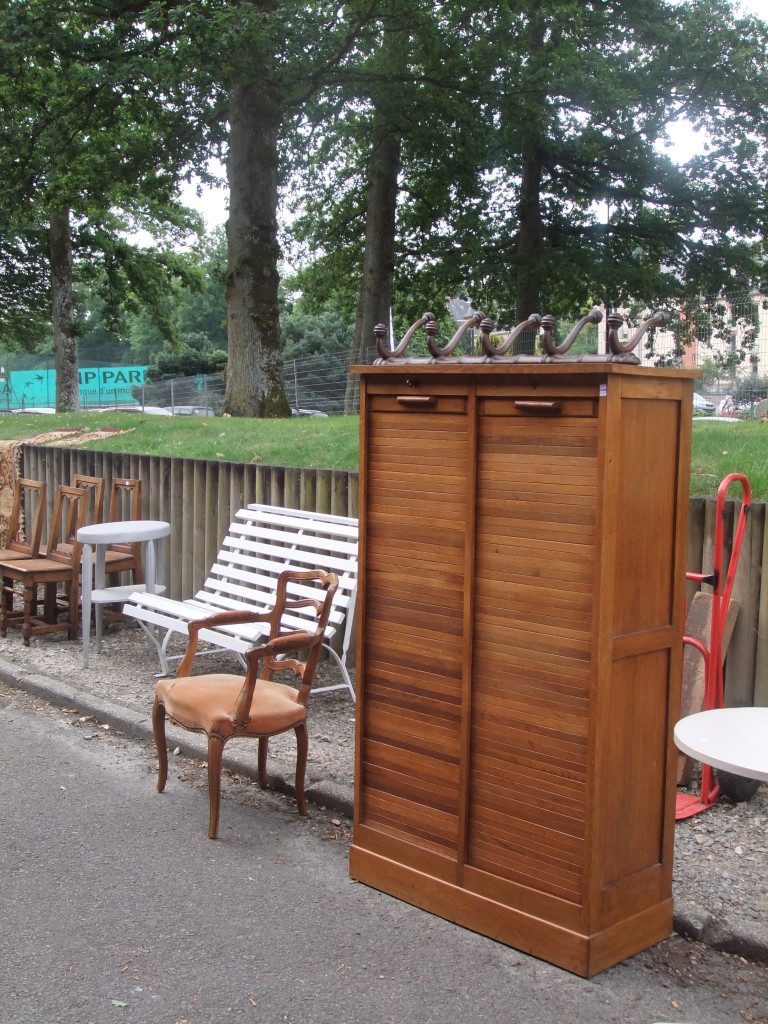 Edward also bought some beautiful glass wall lamps for my up-coming birthday – can’t show them until I’ve ‘opened’ them!!

On bringing the car around, we realised that we could only fit one unit into the car at a time, so Edward did the hour round trip to the cottage and back with the double, while I continued browsing…. 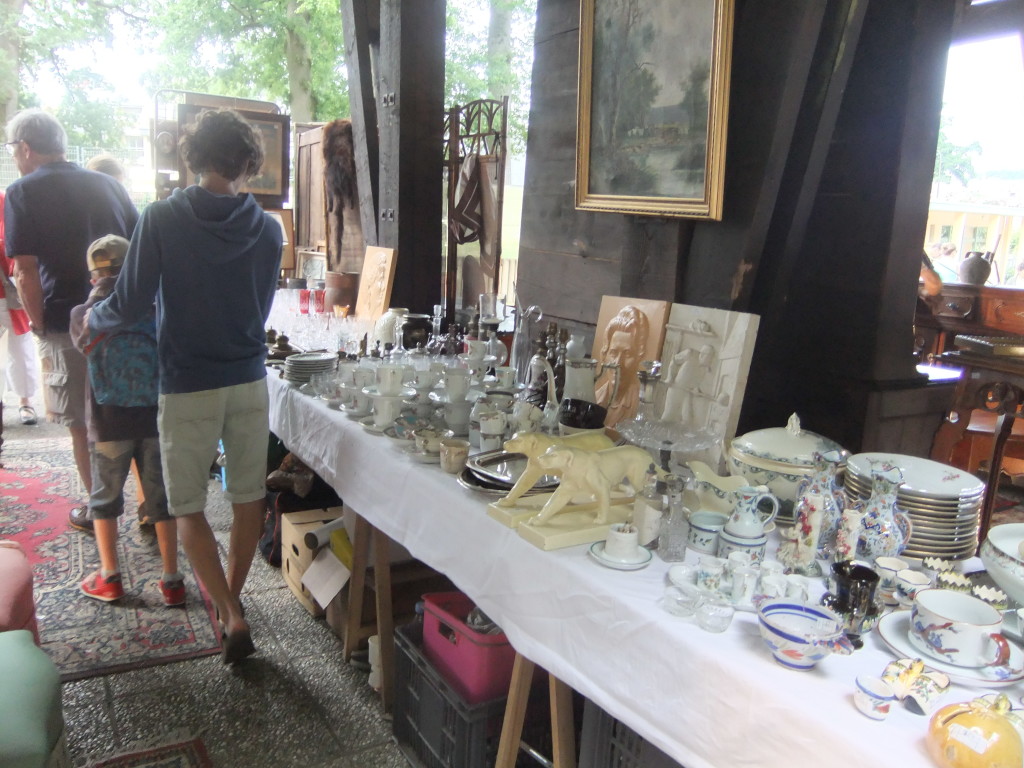 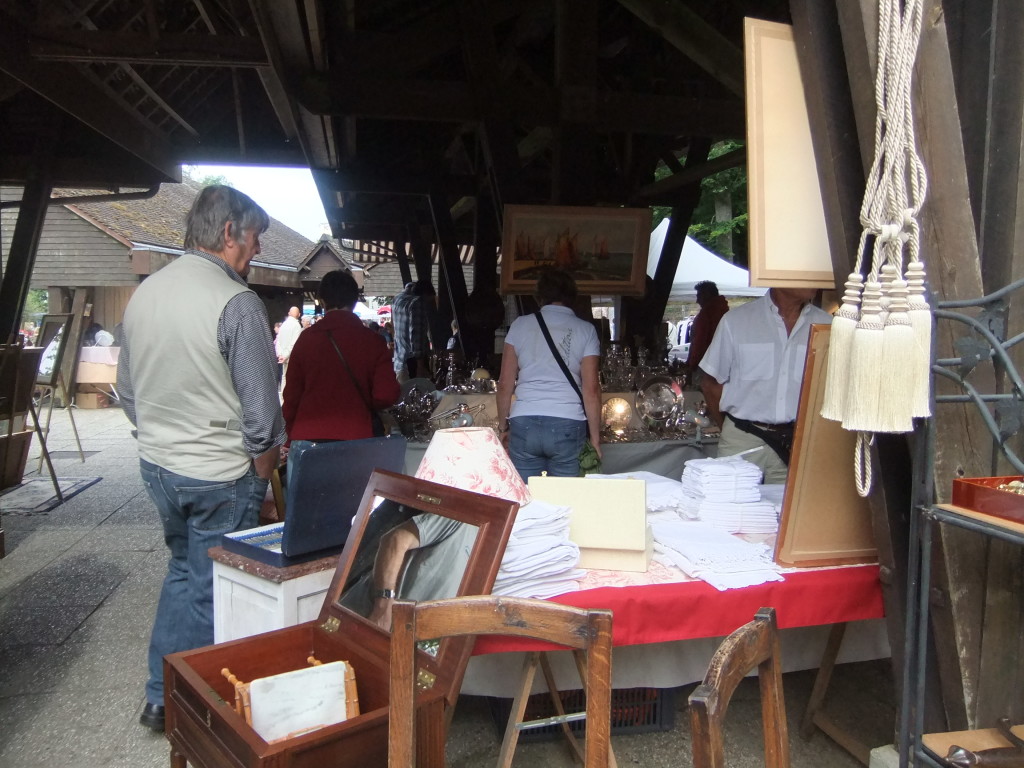 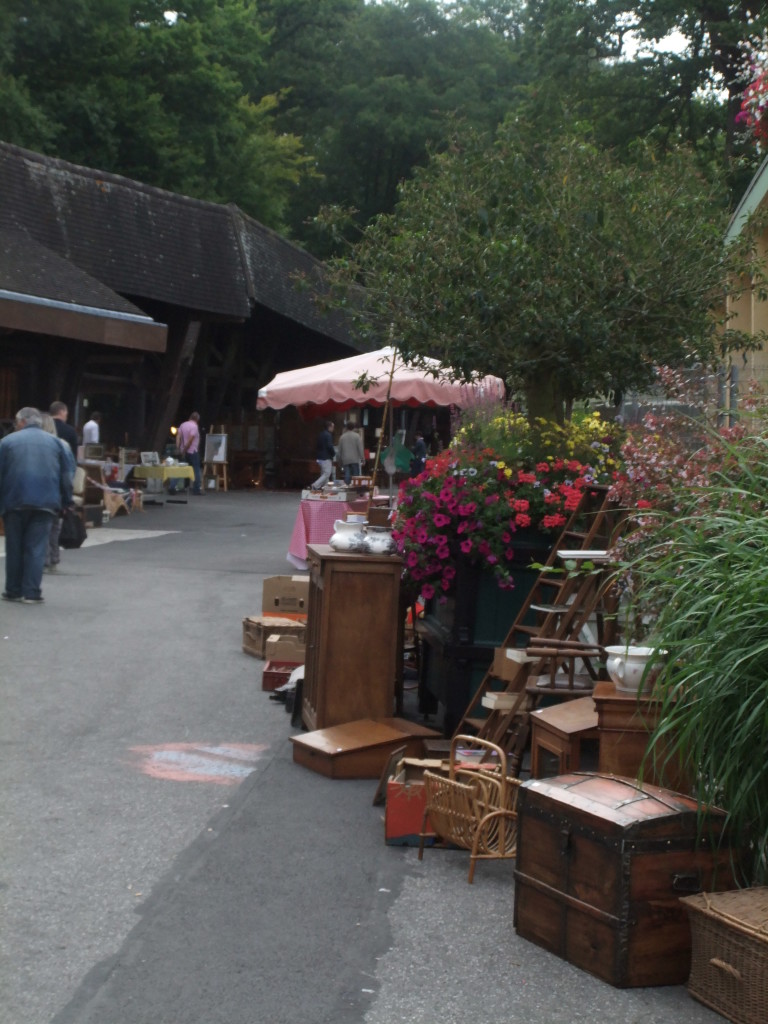 It gradually got busier and busier as more people turned up to look around.  I managed to find some lovely wall sconces for the landing in the new house then decided it was perhaps too dangerous to spend any more time looking around, it was far too easy to spend money!  So, I went for a coffee while I waited for Edward to come back with the car.

It was packed in the town by the time he did, so no chance to find any parking and look around.  We headed home, happy with our purchases and we’ve now filled the units with our bits and pieces from around the cottage, which helps us to keep a small space tidy.

Oh, and the wall sconces cleaned up beautifully – they’ll look lovely when they are installed…..