Yet another bright morning with blue skies and not a cloud!

All’s well in the North camp – headlamps bought for the Megane and an offer from Charles to fit them for us for a fraction of the price the garage quoted – thank you Charles!!

Cats all came home last night too, so no real worries about them finding their way home when they’ve been out.

So, today we planned to visit 3 properties but asked to see another we had recce’d last night.  Amanda came over to meet us at the cottage mid-morning, then we headed over to Ambrières les Vallées, where we were to meet Lauren the estate agent.

The first property to see was the one we’d driven out to last night to see the location.  First impressions were good but the land area was a little less than we had hoped for.  It had large rooms and a huge attic too but there were reasonably close neighbours and although we would probably not have been bothered by them, they were there all the same…..

The next house was a ‘mystery’ house that the agent had recommended about 45 minutes away.  Once we realised we were following the wrong car (!) we finally arrived at the destination – beautiful open countryside with rolling hills and views for miles.  Down a quiet country lane and onto a single track road to the property, we were suitably impressed.  Unfortunately, the property was a bit of a disappointment!  It probably had potential but needed much more work than we would have liked….

So, we were down to our final property, a farmhouse with outbuildings and about an acre of land, situated about 10 minutes away from the lovely town of Sillé le Guillaume.  Down winding country roads and onto another single track road, up a slight hill between two fields of grazing cows, the property stood alone, with only the cows for neighbours… 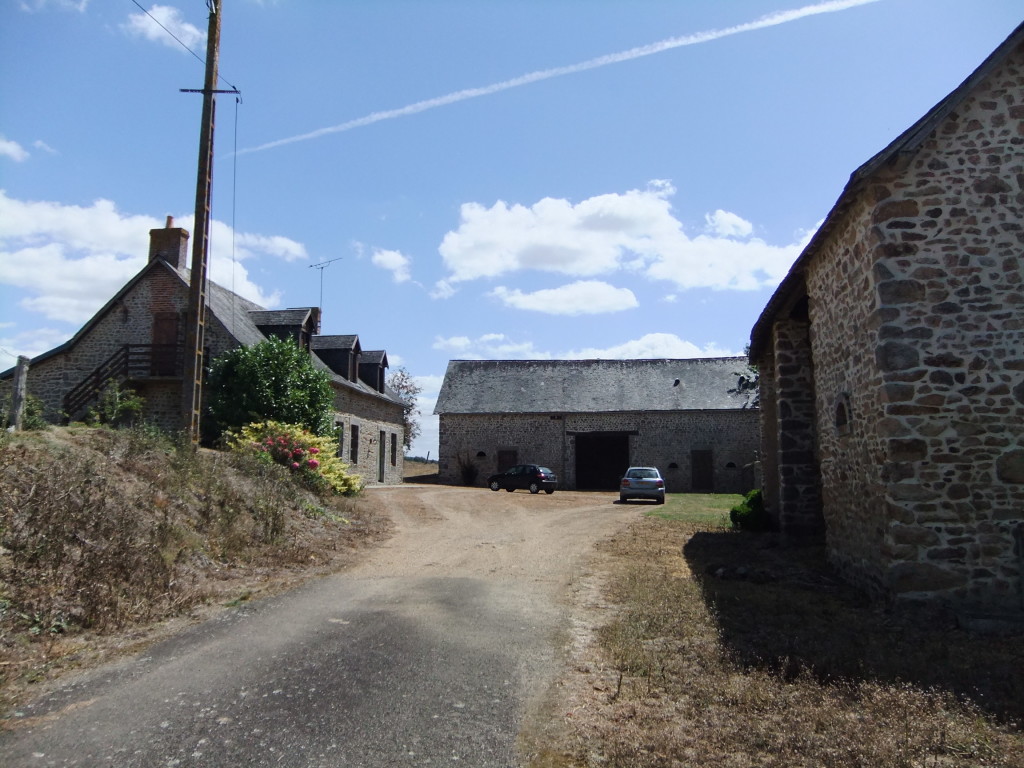 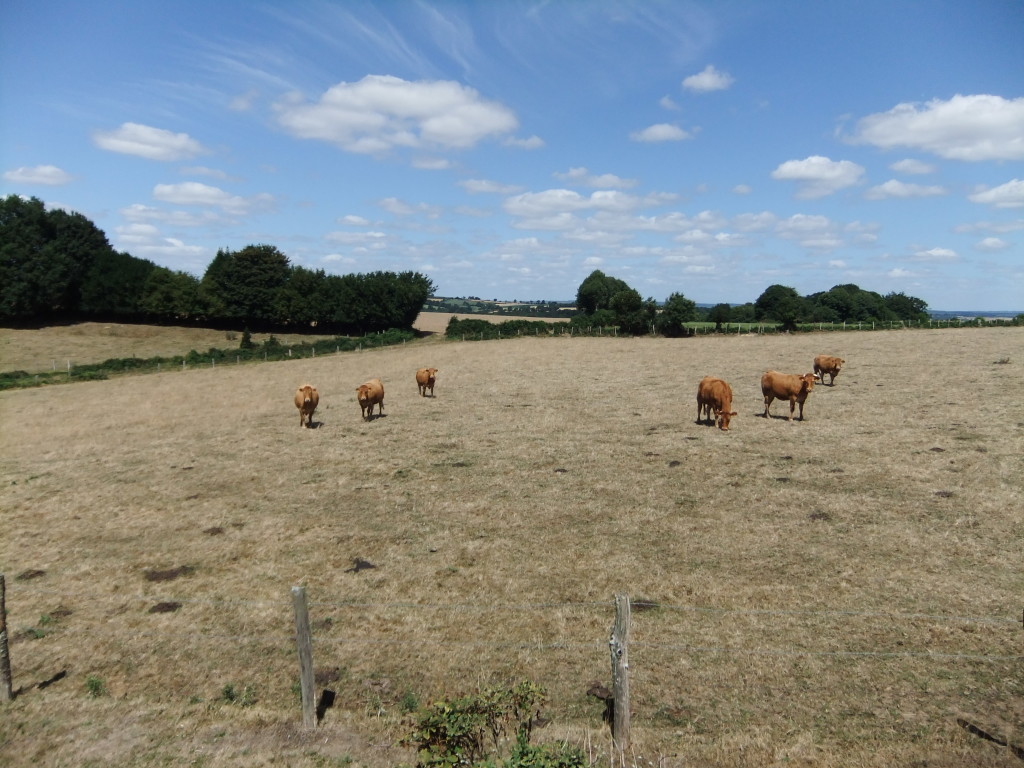 It was difficult to know which way to look first – the barns, the garden, the orchard, the house!  The barns were huge and made a sort of courtyard affair either side of the house.  The little stone structure off the barn below is a well…. 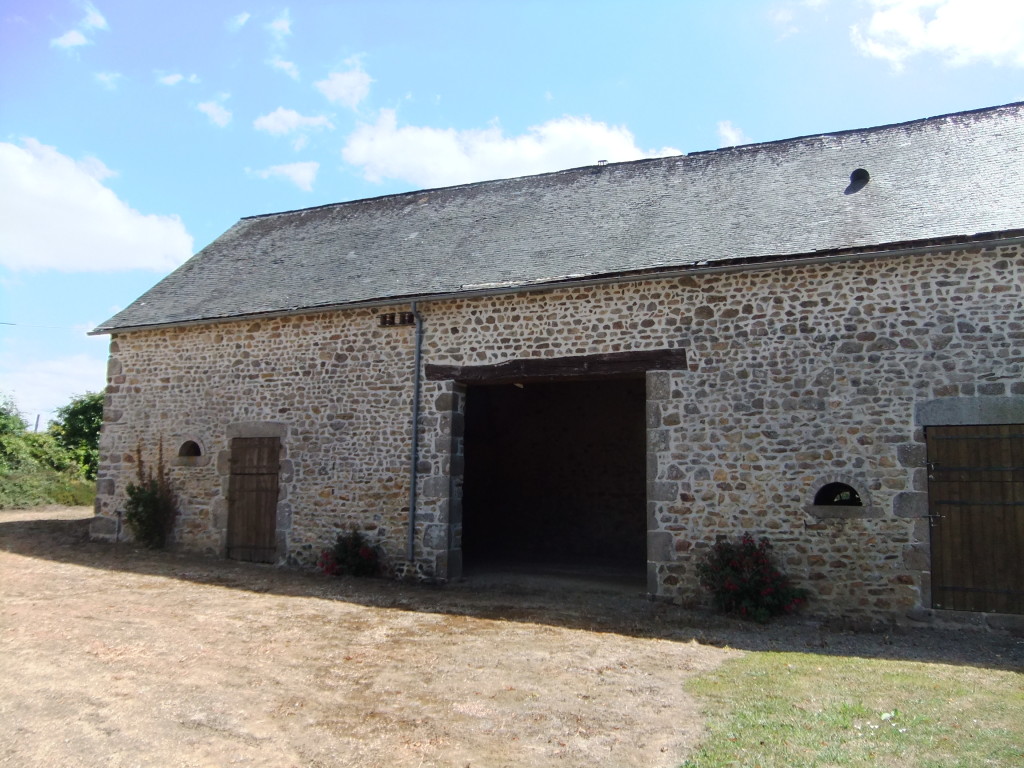 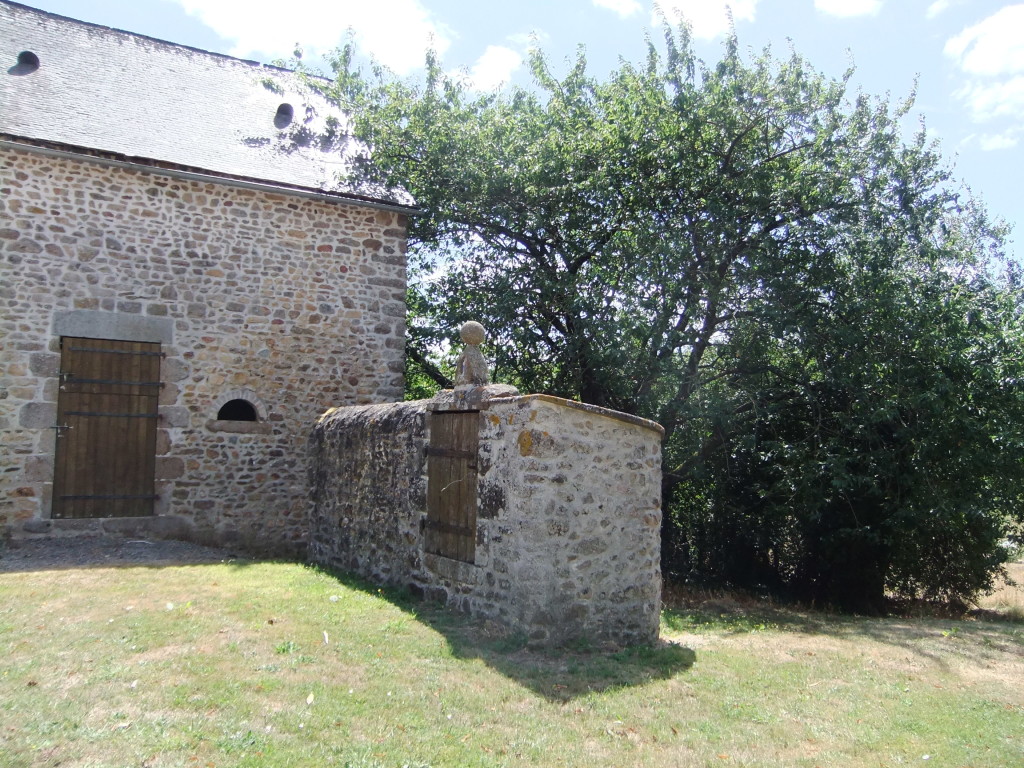 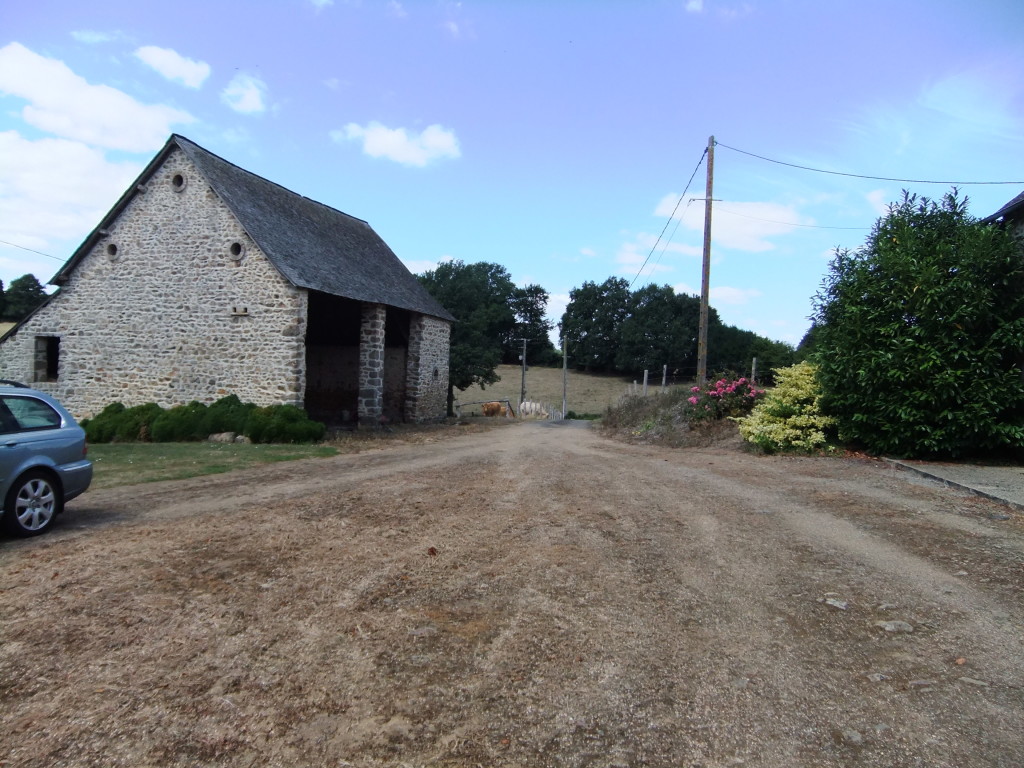 The house was also pretty huge (over 200 sq metres habitable surface area), the living room alone was over 60 sq metres!)… 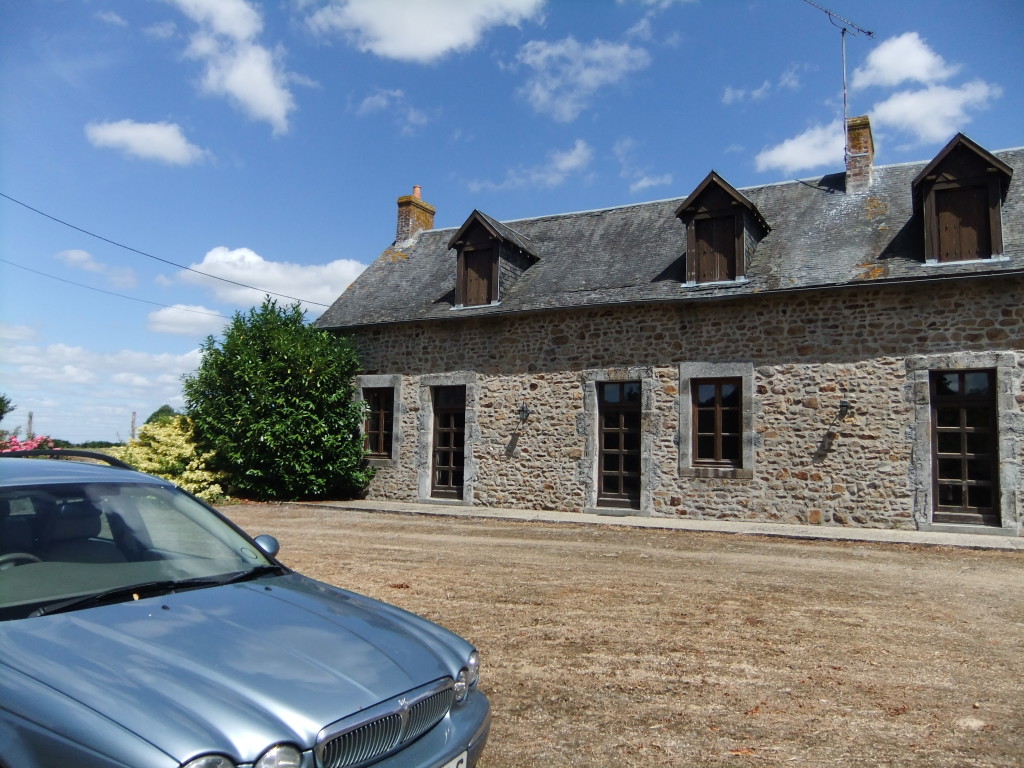 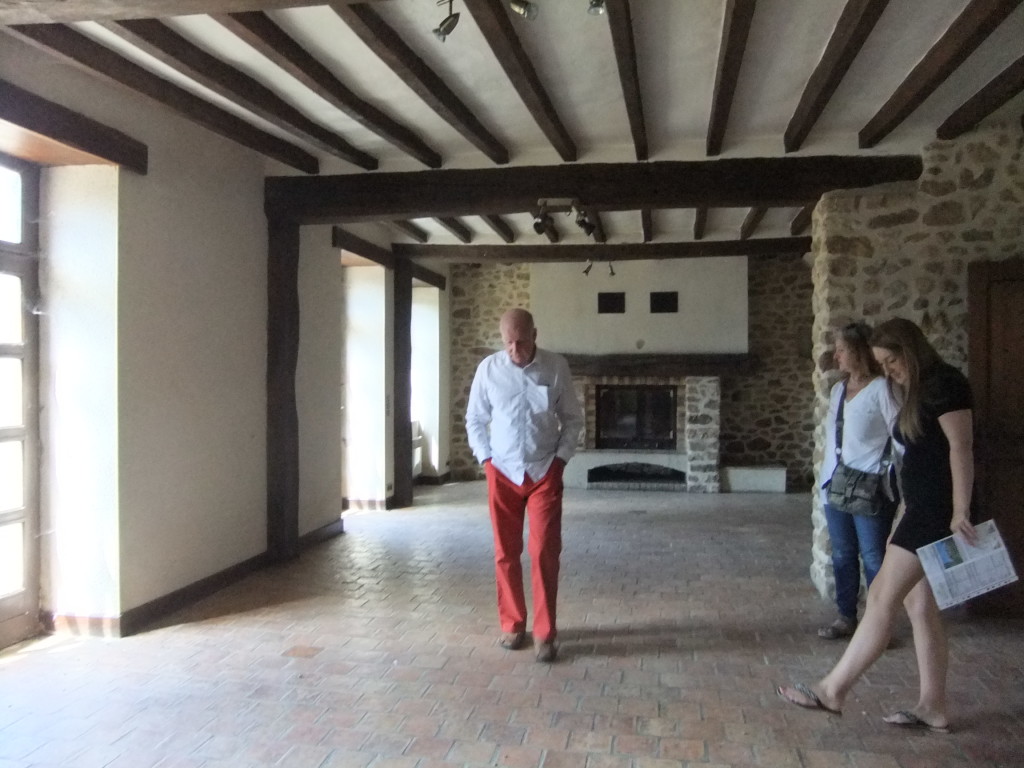 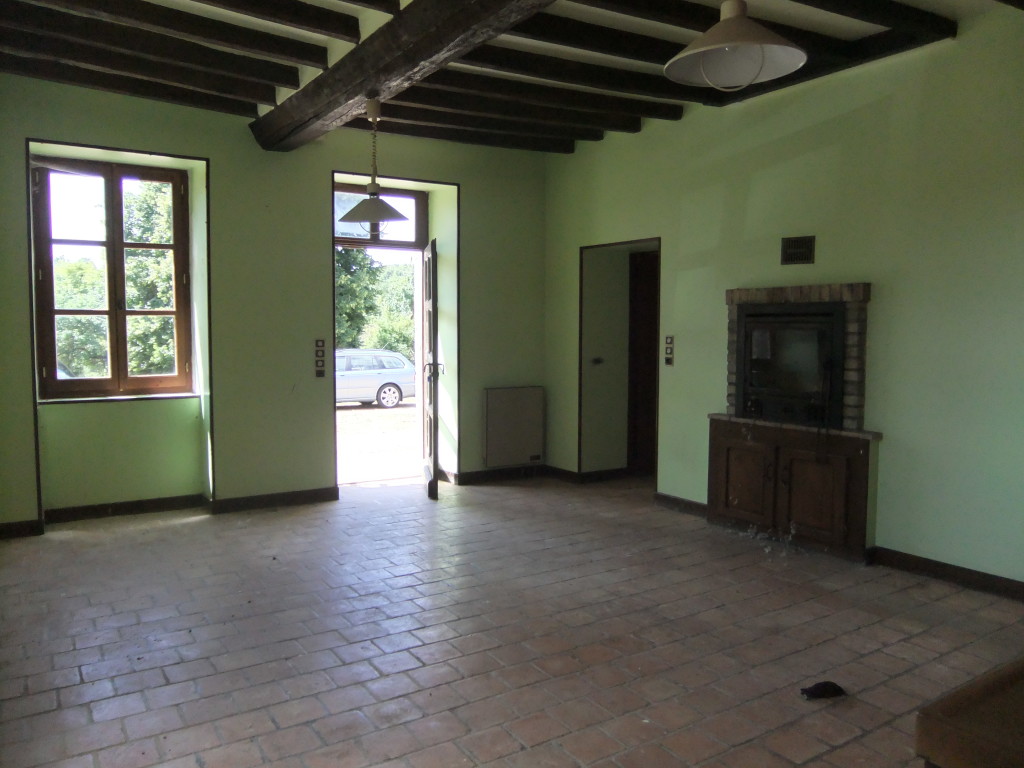 Not to mention the four bedrooms, two bathrooms, office, ‘back kitchen’ and utility!  Outside it looks like there is plenty of scope for workshops, a studio and anything else we can think of…. 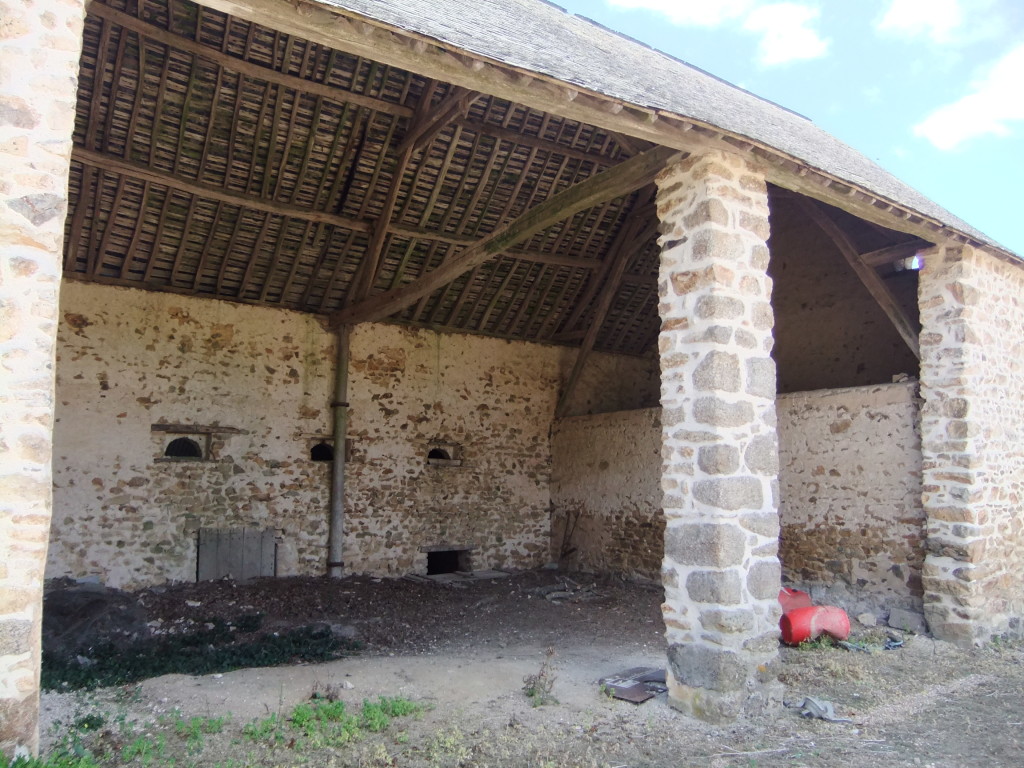 The views across the valley from the garden were to die for…. 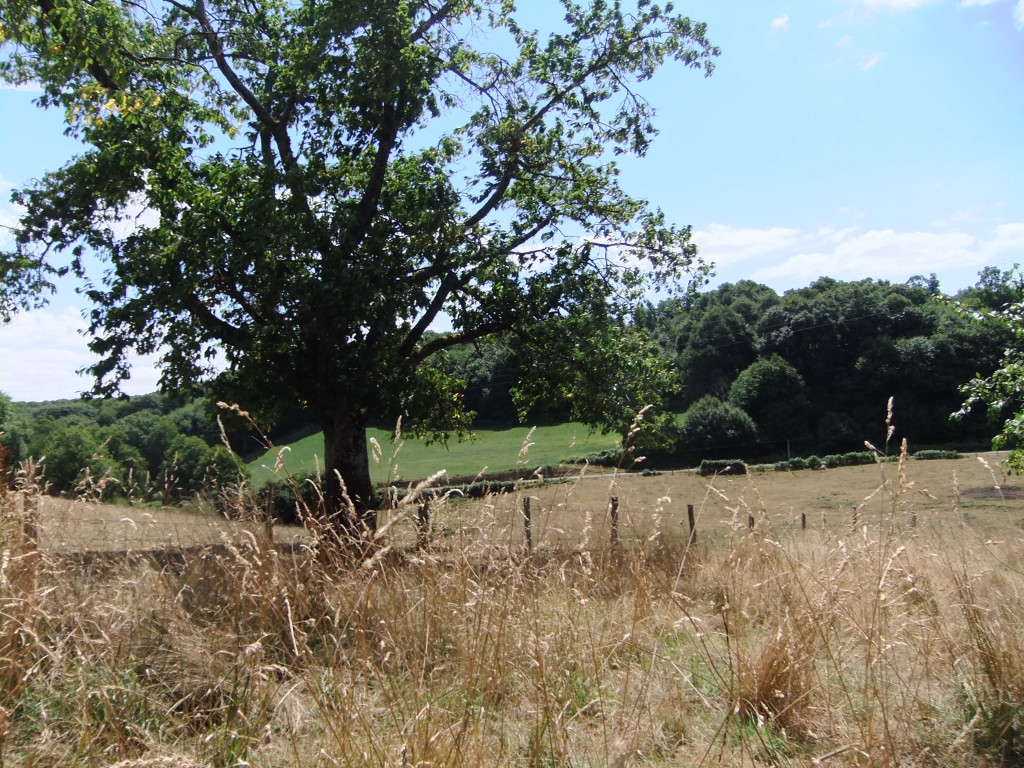 In short – we have found our dream home!!  We discussed it further over dinner at the Etang-Plage, just outside Sillé le Guillaume….. 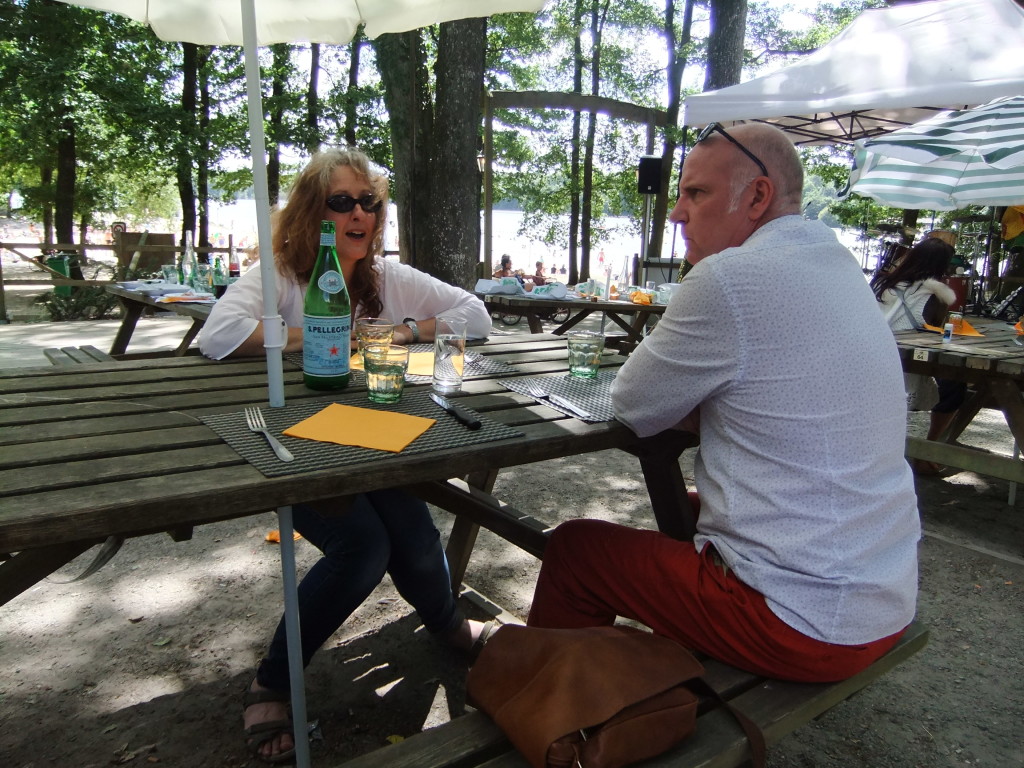 and put in an offer…. The first offer was rejected but the vendors soon accepted the second! Yippee!!

The house-buying process is much better in France than in England.  Guzzumping is illegal and now that an offer has been provisionally accepted, no further viewings will be allowed.  We should be able to sign the first part of the contract by the end of next week and after a 7 day cooling off period, we should then enter the full buying process.  We could complete within 8 weeks (summer holidays and Notaire availability permitting!).

Back at base, we found Charles had managed to change the Megane headlights while we were out – what a star… Jim was waiting to be fed and Mouse was in a tree, hiding from Charles’ cat!  She then proceeded to climb onto the roof and has been there for the last 3 hours…. 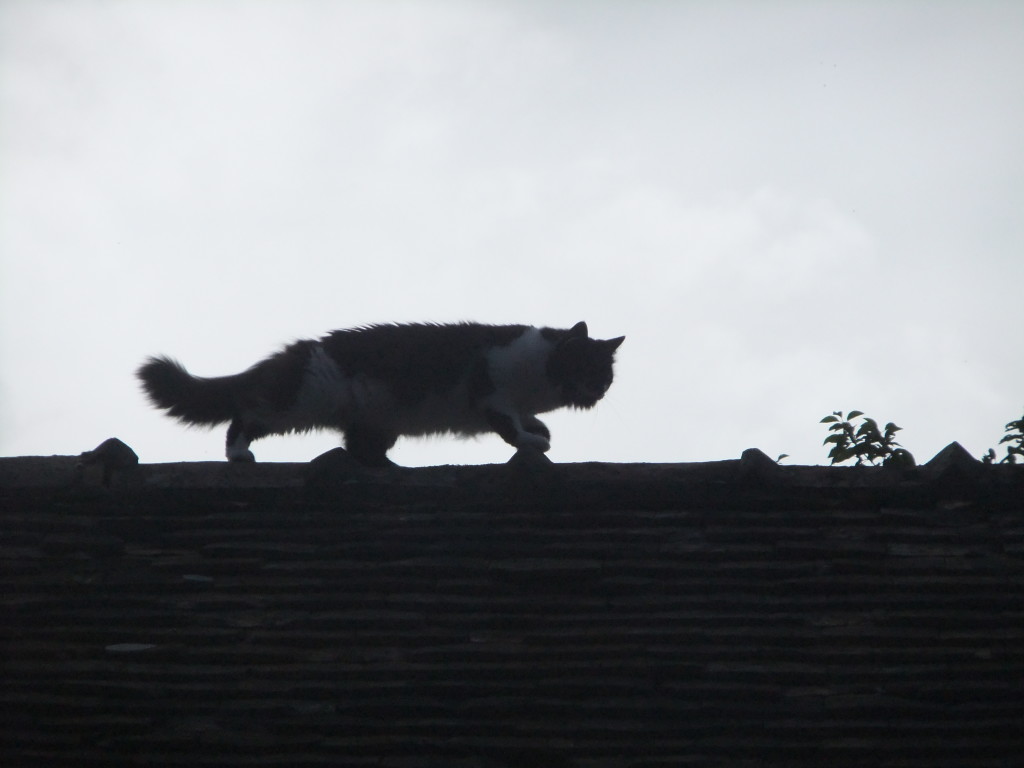 Oh, and there’s no sign of Colin – no doubt he will pitch up when he is good and ready!!  What a day♥